Air, water, sustenance, shelter, and…? Seven notable artists have contributed work pertaining to the essential question posed by San Francisco curator, Kimberly Johansson, “What does it mean to survive?” The Art of Survival opens in the current world climate of war, global warming and natural disaster with an artist reception at Oakland’s ABCo Artspace on Saturday November 18th, 2006 from 6 – 11 PM, and will run through December 18th.

Internationally recognized digital installation artist, Jim Campbell, contributes his red LED and treated plexiglass video screen work, “Motion & Rest,” which addresses the struggle of the human condition through the video depiction of physically disabled individuals crossing stark landscapes. Jim’s work is included, amongst others, in the collections of The Metropolitan Museum of Art, NY; The Whitney Museum of American Art, NY; and San Francisco’s Museum of Modern Art.

Victor Cartagena’s lifesize DaVinci-esque mixed media figures are a study in the often eery interplay of man and the machine. The artist combines interactive mechanistic components into classically rendered anatomical studies, exploring issues of homelessness, immigration, and socio-economic phenomena. Victor’s work has been included in various worldwide exhibitions, as well as museum installations and collections. Taking survival quite literally, artist Sarah Filley has created emergency kits and evacuation maps of the area surrounding ABCo Artspace. “In this climate I am concerned with the line between preparedness and paranoia, between self sufficiency and community, between comfort and National Security,” says the artist.

The exhibition will also include work by the international painting pair, Kate Eric, whose paintings explore the ultimate form of survival: immortality. Their whimsical landscapes and distinct iconography hark to an apocalyptic era where serpents and insects reign amongst a disheveled cast of humanoids. Artist Alexander Sarkis Abajian has contributed glass blown firearm replicas; quizzically juxtaposing the fragility of glass with the inherent destructive capability of weapons; and Kristine May’s wire sculpted dresses remind us that fashion is our shield, literally against the elements and figuratively against social stigma. ABCo Artspace director, Barry Monigle will be building a bridge for the exhibition, a nod to the passing of time, life, transience, and growth. 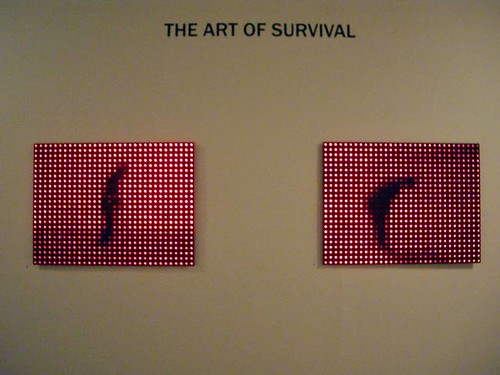 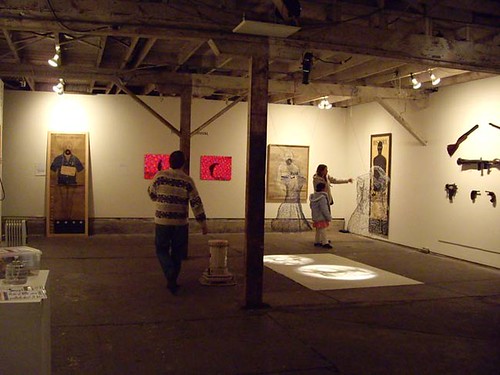 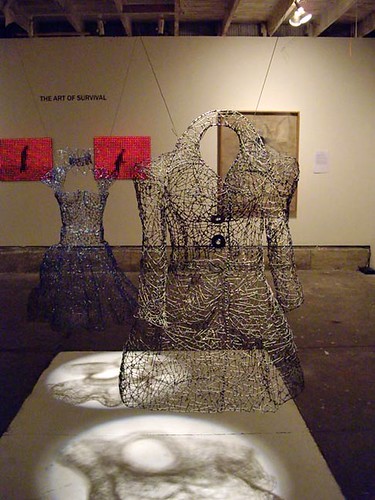 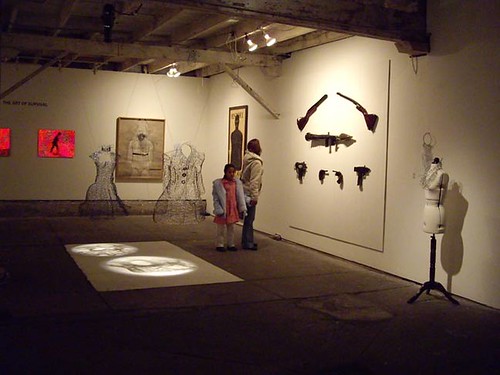 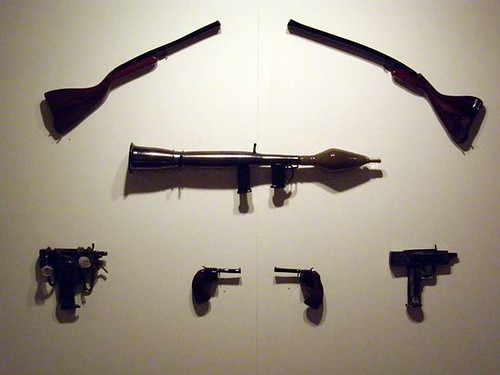 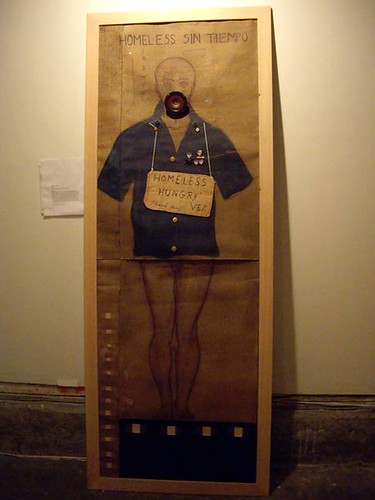 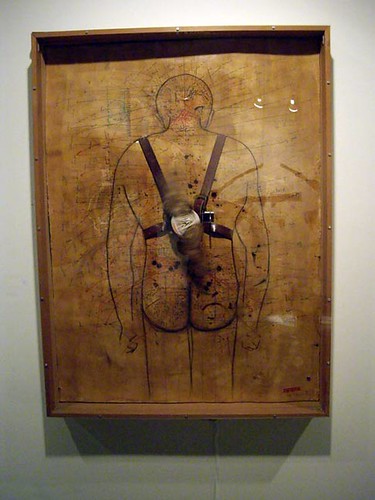 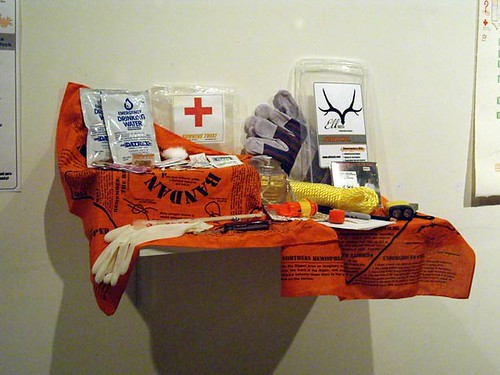 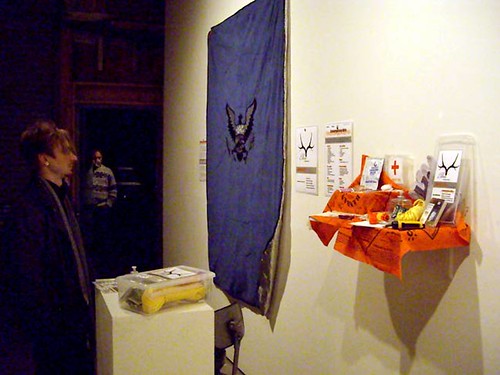 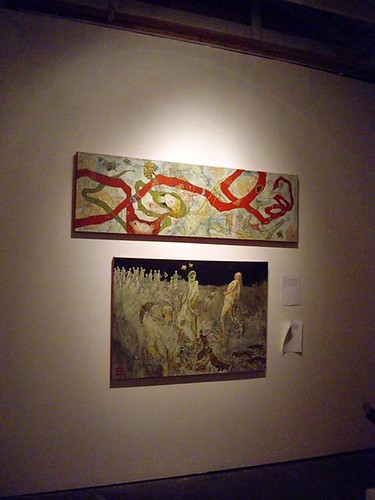 Kate Eric, "Swarm and the Human Strain" and "Free to Feed in Eden III" (oil and acrylic on canvas) 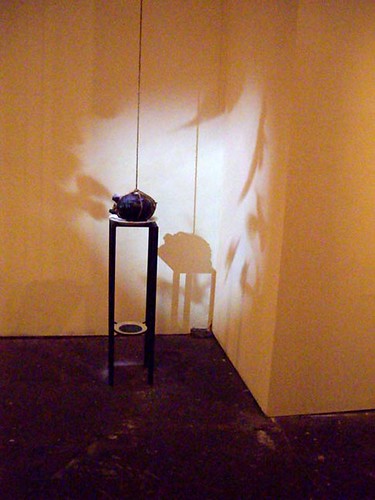