Featuring works by: Evan B. Harris and Lawrence LaBianca

Anatomy of Folklore, tells tales from autumn woods past, where the wildness falls into folkloric order through the paintings of a storyteller and finds its bodies warped into sculpture with the blades and turnbuckles of a lumberjack.

In this exhibition the trees and waves spill forth from the exquisite folkloric work of Evan Harris and Lawrence LaBianca. Both masters of their craft, their work is meticulously rendered and beautiful to behold,but while Harris’s begs of us an ear for his stories, LaBianca’s cannot help but question the root of all story.

The protagonists of Harris’s bittersweet paintings do not so much tell their own stories as they are told for them by their dreamt trappings. A kimono-clad geisha manages a dexterous cup of tea, folded amongst the bamboo-ed womb of a bird; a sailor drifts at the mercy of the tide within the belly of a fish. Harris’s stylistic work is heavy in line and reminiscent of the permanent tongue-in-cheek of tattoo art, but remains whimsical and intricately delicate. The self- taught artist lives and works in Portland, OR.

LaBianca de-creates and retools trees by way of cables and turnbuckles, exploiting the tension between the natural state and the man-made. His chimerical sculptures are at once divisive and unifying: (a) man’s investigation of the arboreal mass of non-human history. Through Labianca’s technical eye we are re-introduced to the bisected limb of an Oak and the hypnotic growth rings of sectioned Redwood. In his Radiolarians, bands of wood bend into Haeckel-like sea creatures, expanding and contracting under the force exerted by the viewer.

Lawrence LaBianca is a professor at The California College of Art. His work has appeared in numerous galleries and museums, including the Richmond Arts Center, the San Francisco Folk and Craft Museum, and the Yerba Buena Center for the Arts. 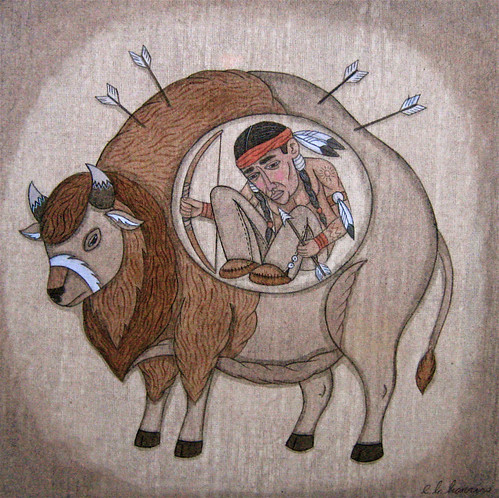 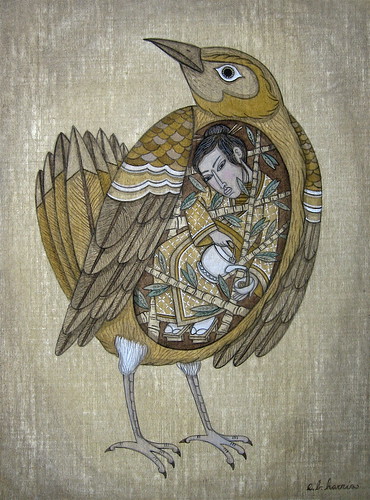 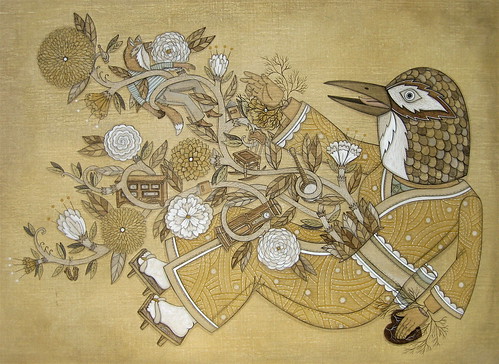 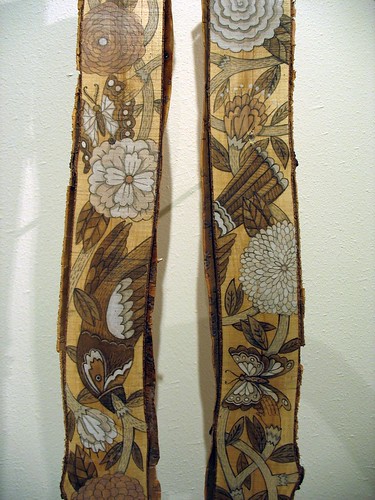 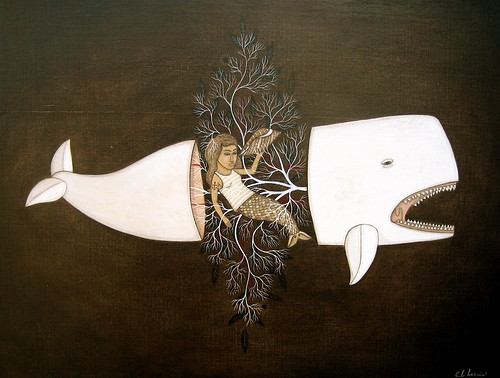 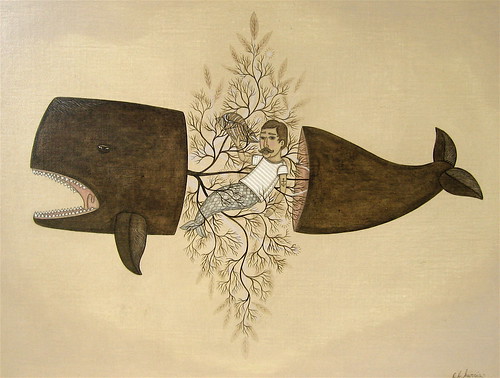 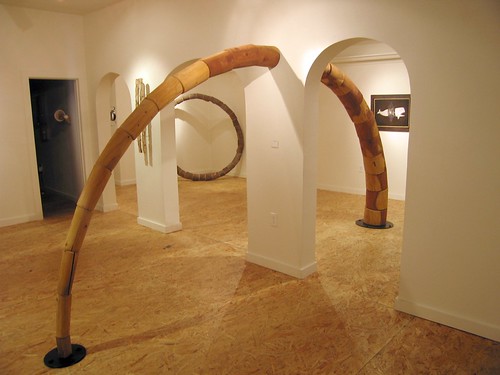 Lawrence LaBianca "The Best Way Out Is Through" 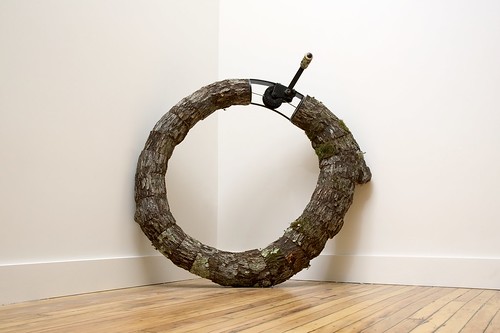 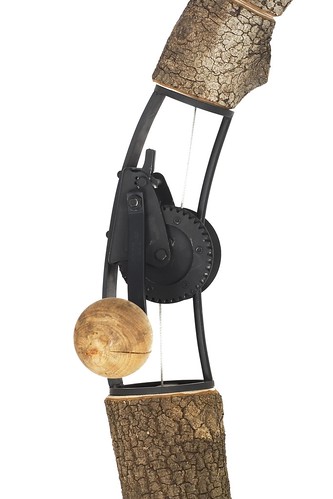 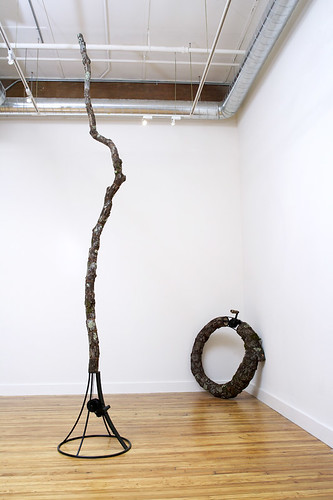 Lawrence LaBianca "Taking From The Top To Broaden The Base" 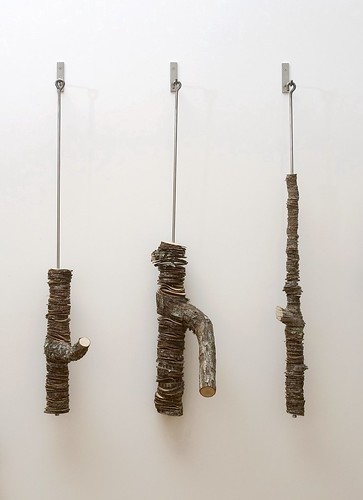 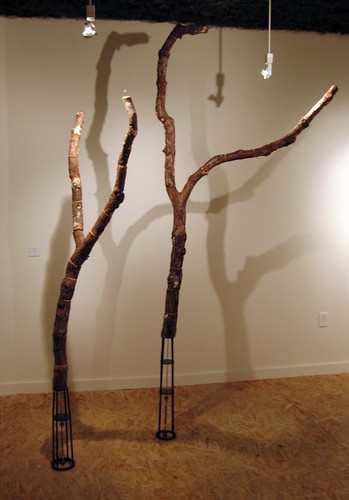 Lawrence LaBianca "The Strong are Saying Nothing" 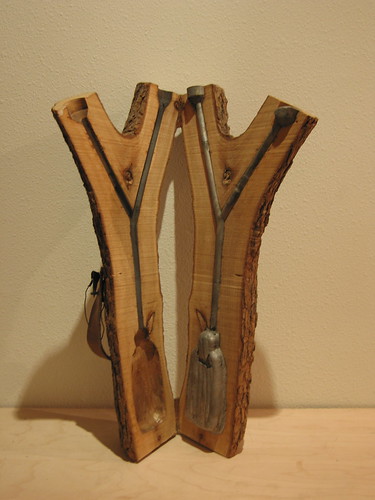 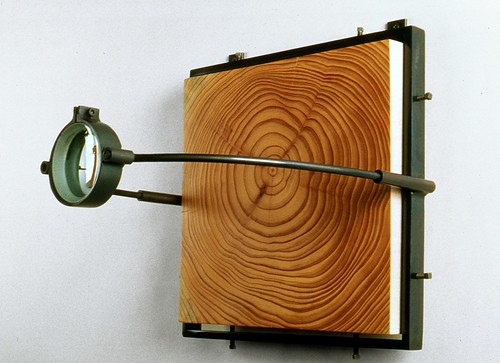 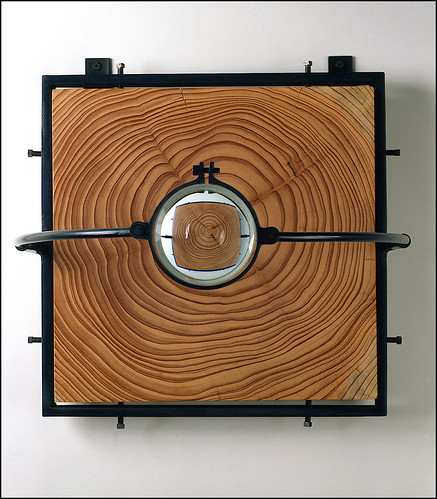 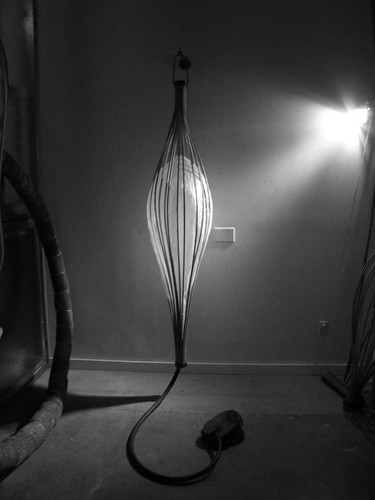