Dreams and Diversions: Images of America

Dreams and Diversions: Images of America

Presenting new work by Hampton Boyer, Sophie Treppendahl and Christina Corfield, this virtual exhibition investigates how images of times and places in the past can act as shorthand for more complex concepts like “home” or “nation.”

Constructing powerful emotional spaces which operate at different emotional scales, from the intimate to the mythic, the installations by Treppendahl, Boyer and Corfield create and critique images that present “America” as an idea or an ideal. The journeys we take as viewers of these installations are complicated, involving networks of associations – some based on personal experience, some learned in classrooms or via popular culture – that shape our interactions with them and produce a variety of meanings about their subject matter. As the artists draw from or push against the concept of nostalgia, the bodies of work presented ask us to contemplate the processes of idealization that can happen when telling stories about the past – stories that may or may not have happened as they appear.

Statements from the artists:

Hampton Boyer: The works that I’ve created for this exhibition reflect spirituals and the structure of the black body. Visiting avenues within the African American experience, the output embraces the viewer with imagery that hints at historical sayings and songs. The intent of this body of work is to develop a voice that pays homage to generational building blocks. The symbolism of the star is from the negro-spiritual, “Wade In The Water”. It is a song that has been in my mind since childhood, and is an avenue known in African American culture. In this body of work the star represents the black body, but interpreted in a way that signifies strength and depth.

Sophie Treppendahl: My pieces for this show are about family history and the way it has shaped my own identity. This pertains to the particular people in my family, but also the place I come from. I grew up in Louisiana, and both sides of my family have lived in Louisiana, Mississippi and Tennessee for several generations. This body of work is my first attempt to reckon with what it means to be from the deep south, as a white woman whose ancestors had considerable power and privilege in places where power and privilege was systematically denied to people of color.

Christina Corfield: The video installations featured in Dreams and Diversions: Images of America are built on the popular image of the Pony Express – a long distance messenger, and a romantic icon of the Old American West. After spending several years researching the Express and how it appeared in pop culture promoting techno-positive and white “pioneer” stories of US history in the West, these installations focus on the efficiency of myth-making to cement specific (white, masculinist) stories as “official” national histories in the public imagination. I wanted to ask the question – is technology really “neutral” or does it actually come with toxic histories of colonial and corporate interest already embedded in it? At the same time, these installations are also about acknowledging that myths are powerful fictions, but fictions nonetheless that can be re-written or over-written, and most certainly torn down. 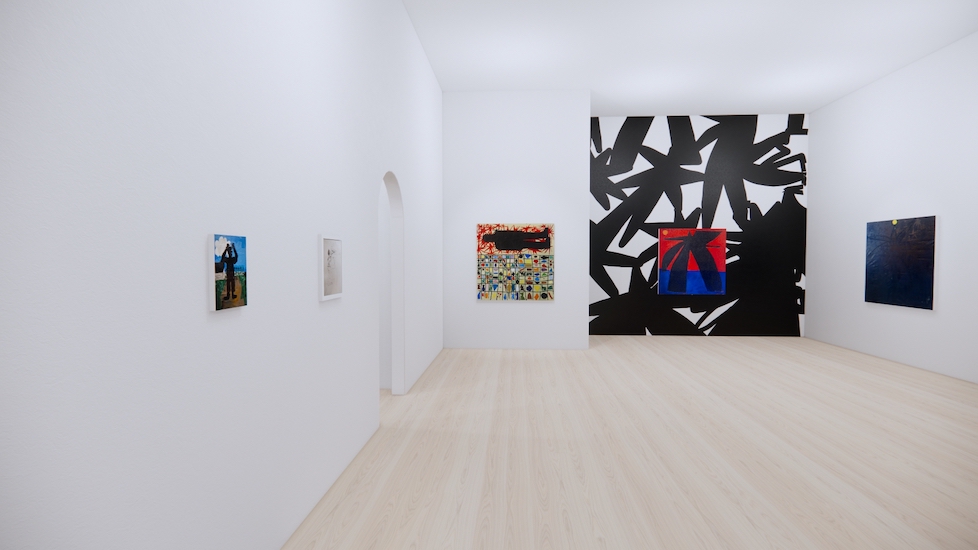 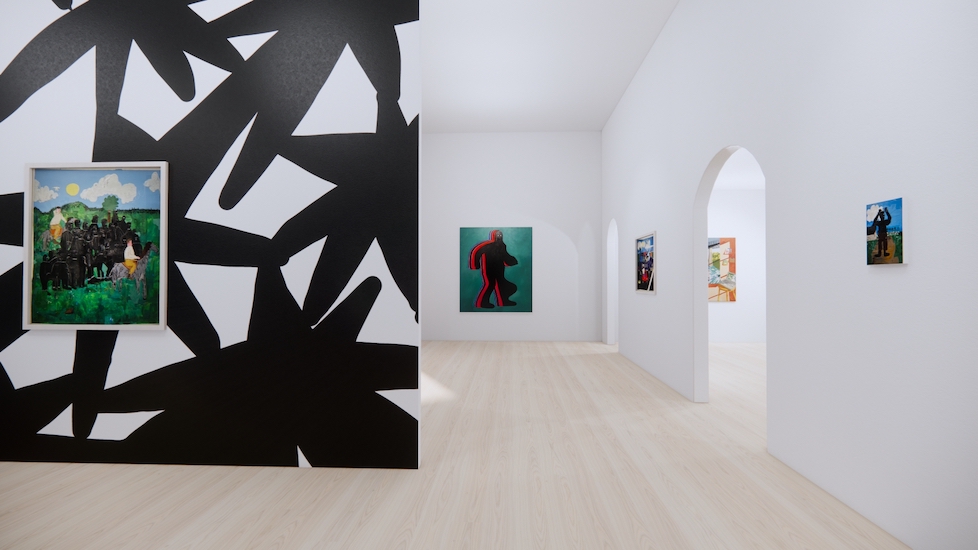 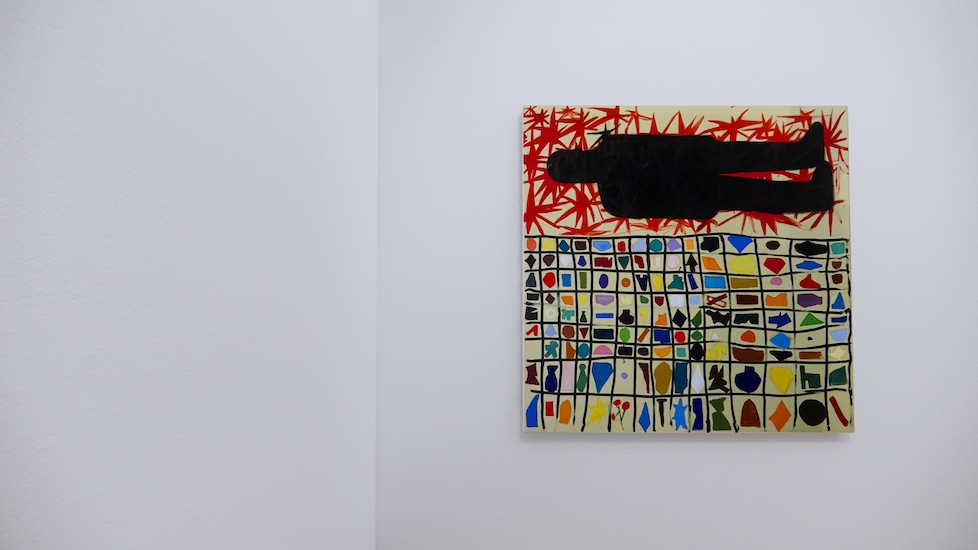 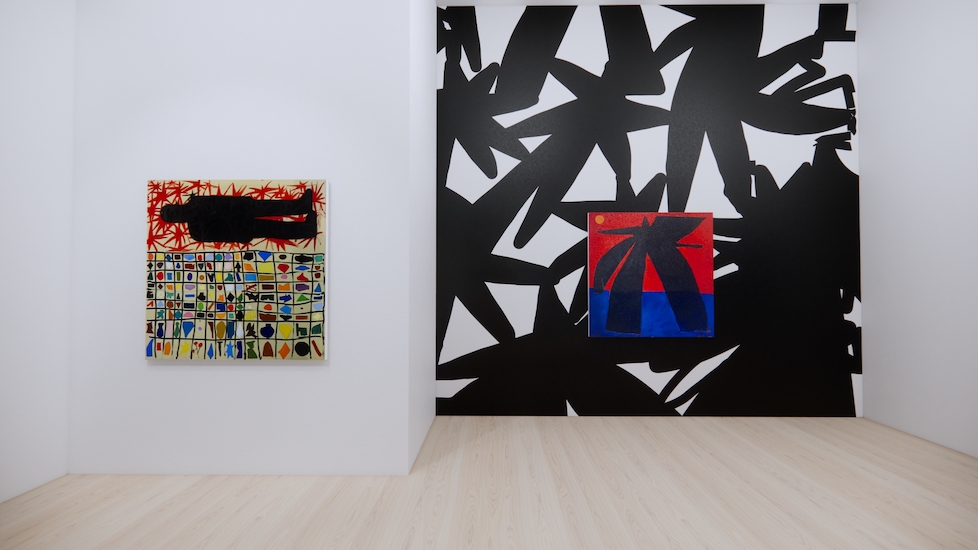 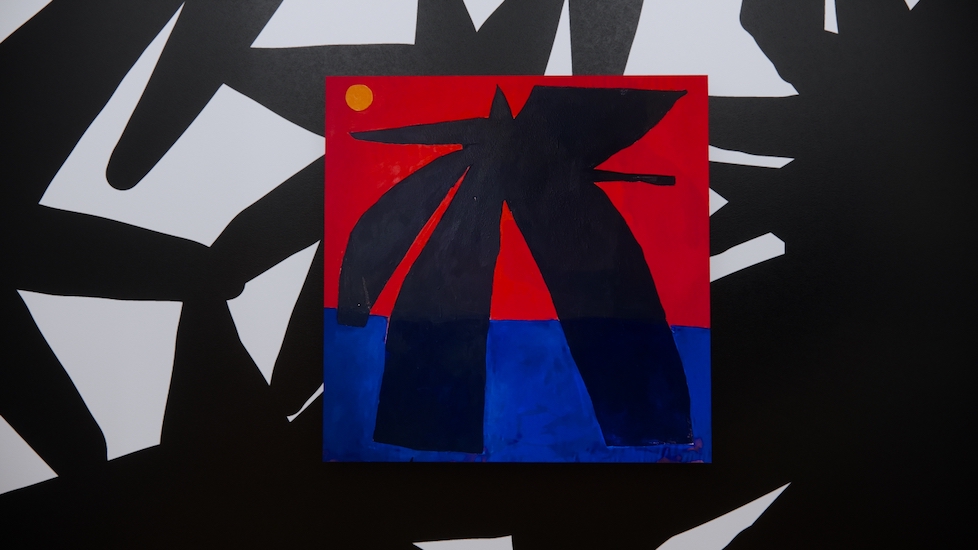 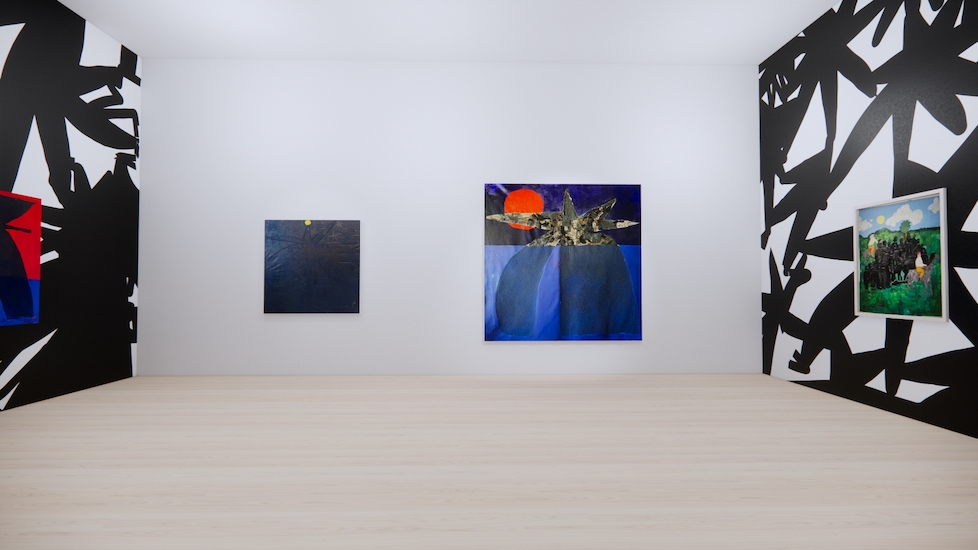 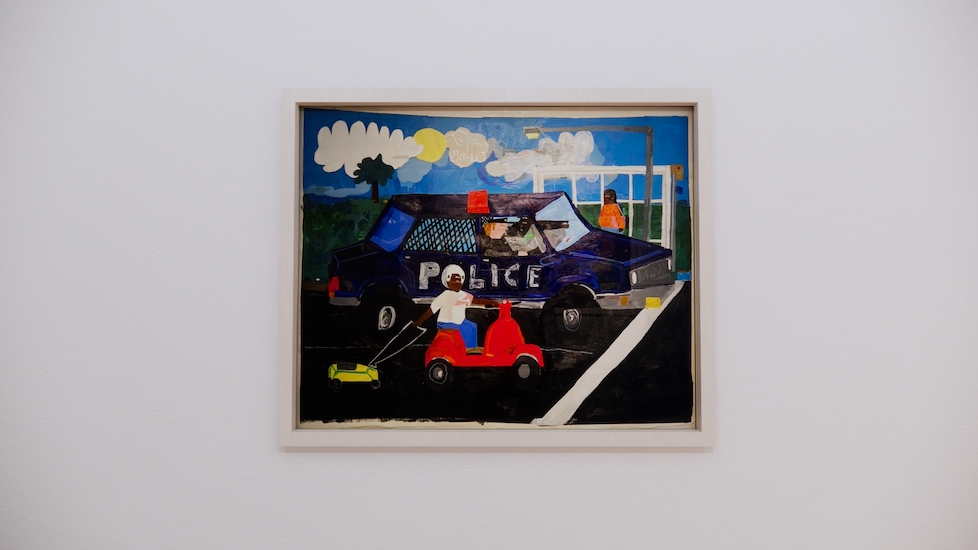 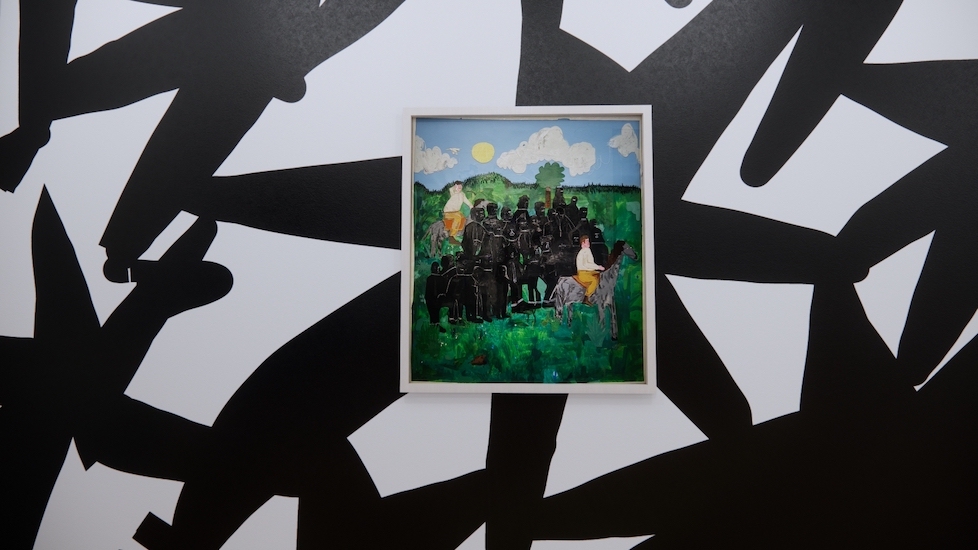 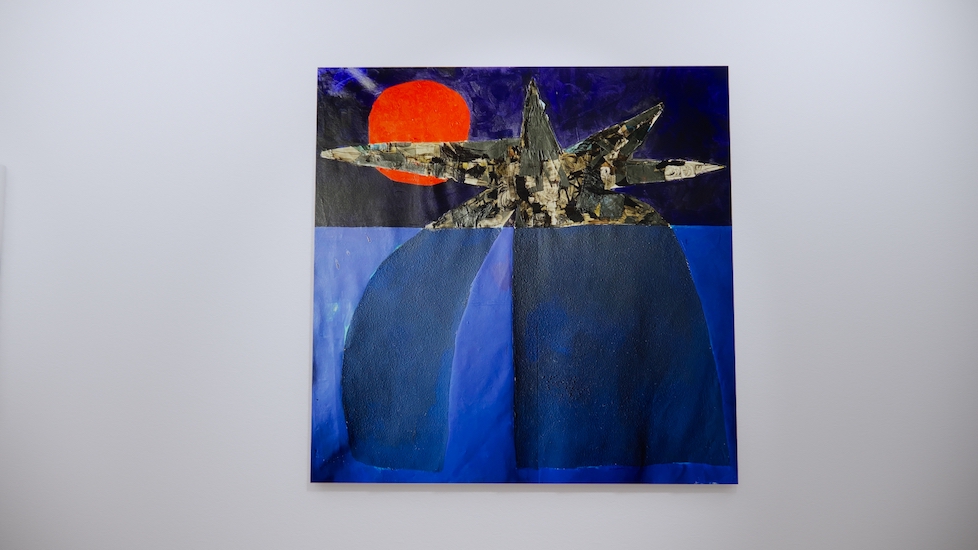 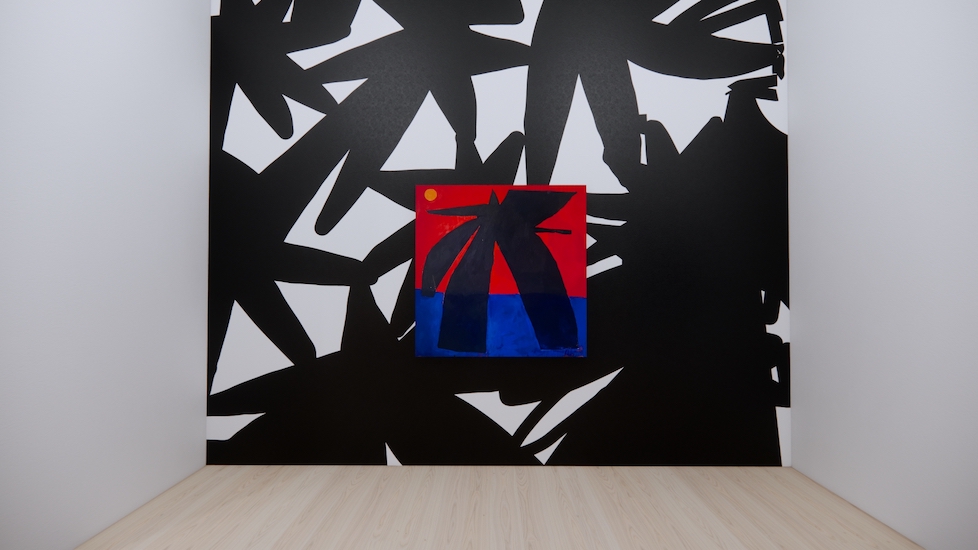 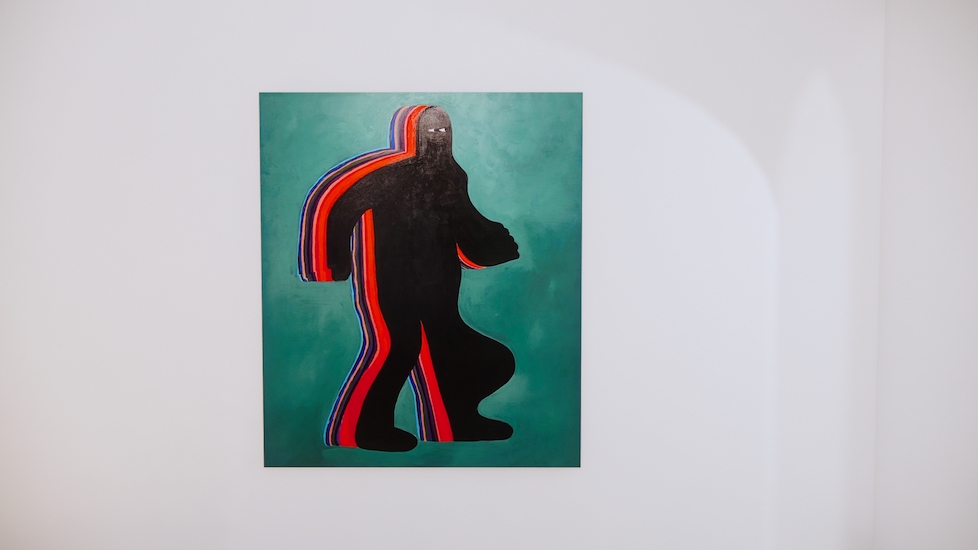 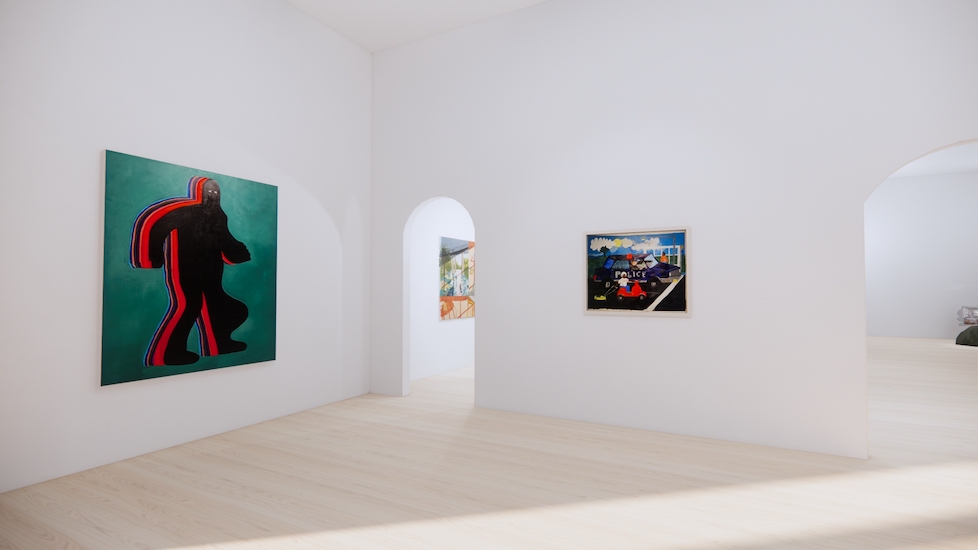 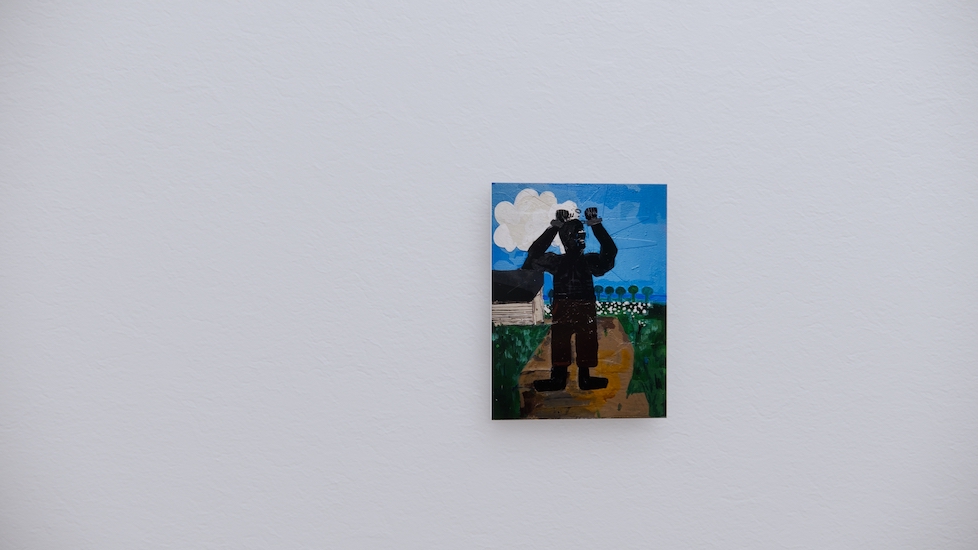 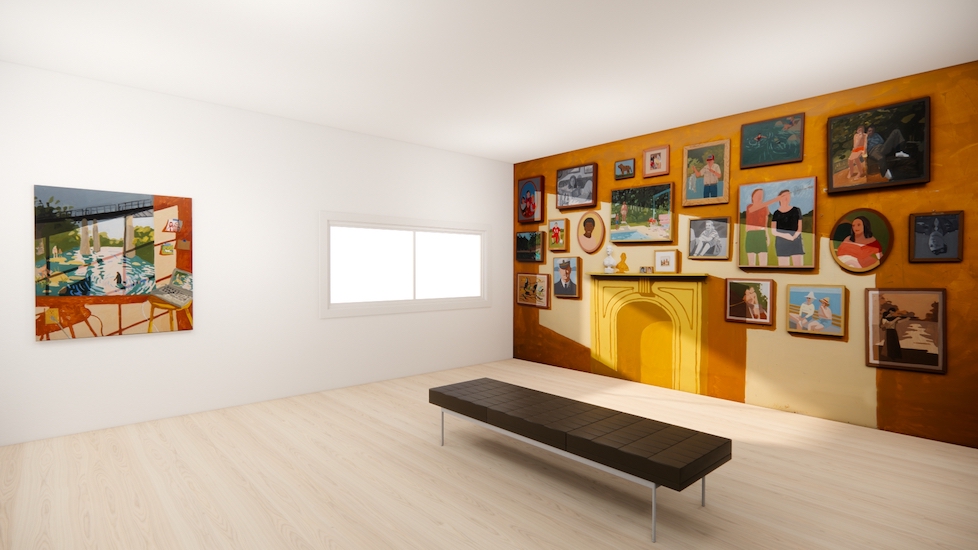 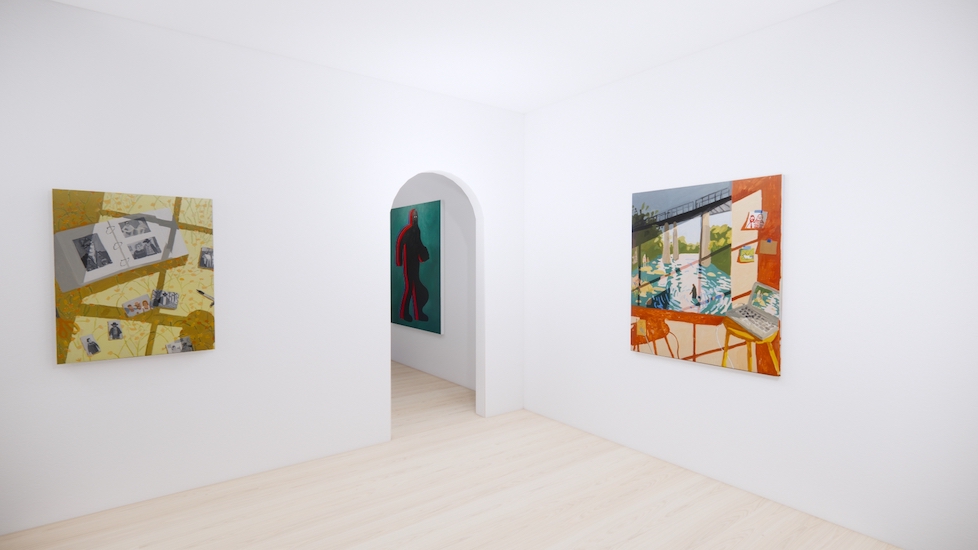 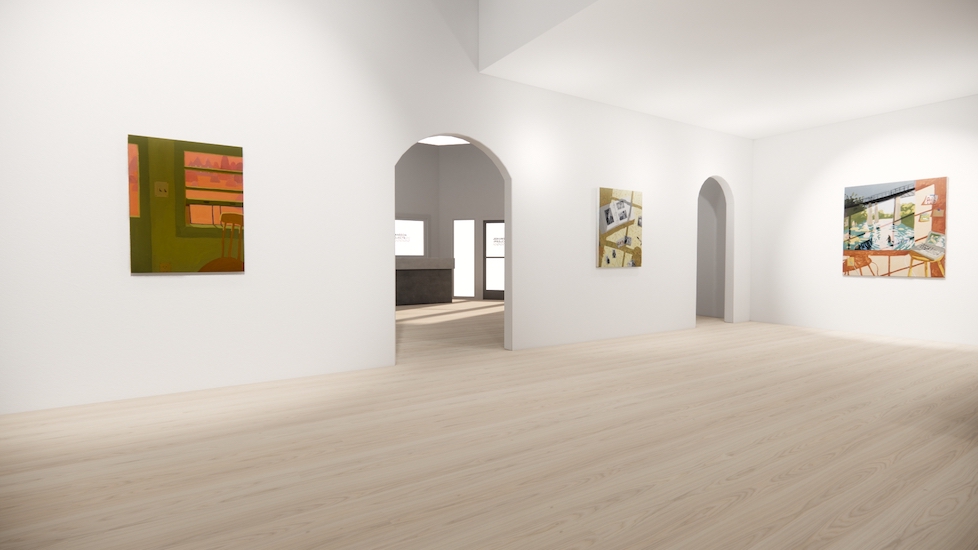 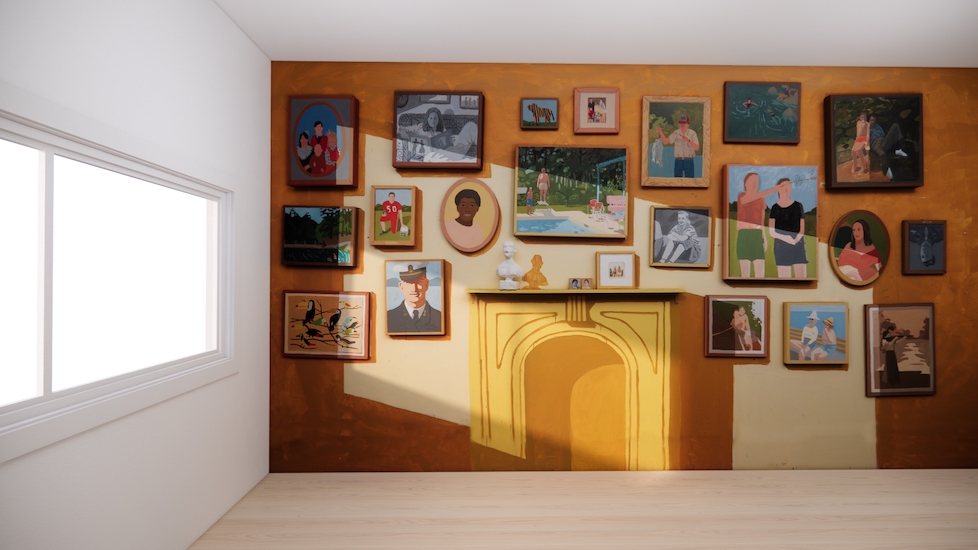 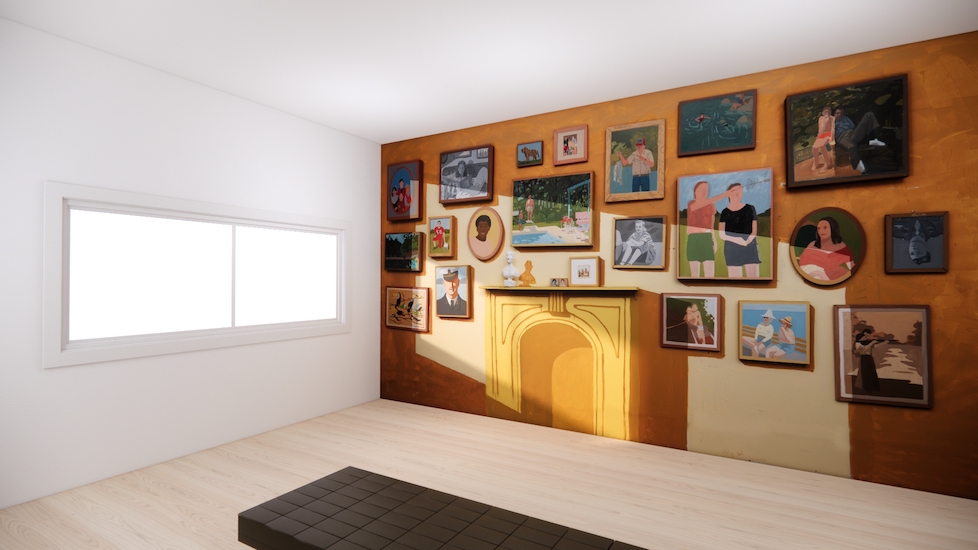 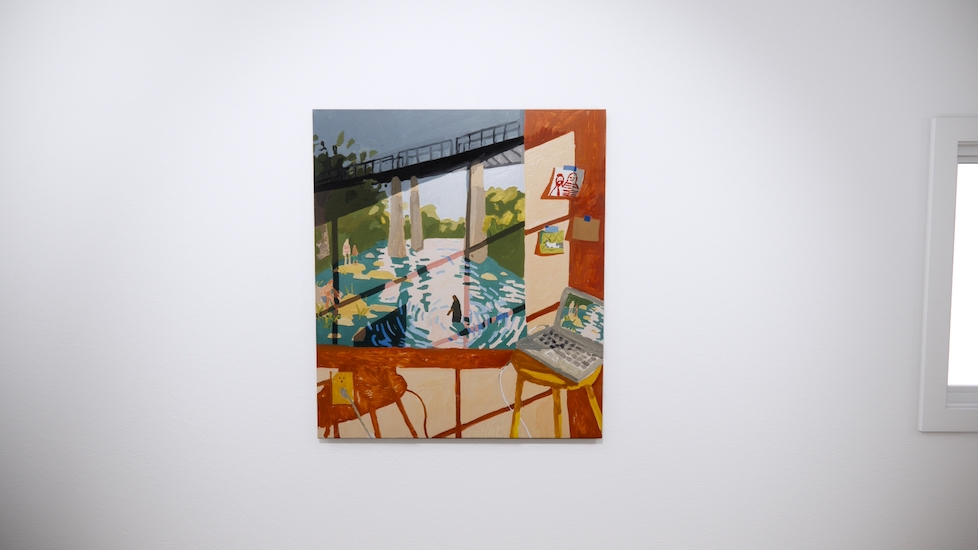 sophie treppendahl // Install Still 23, Fraught Attempt to Reckon With the Legacy of My Racist Grandfather 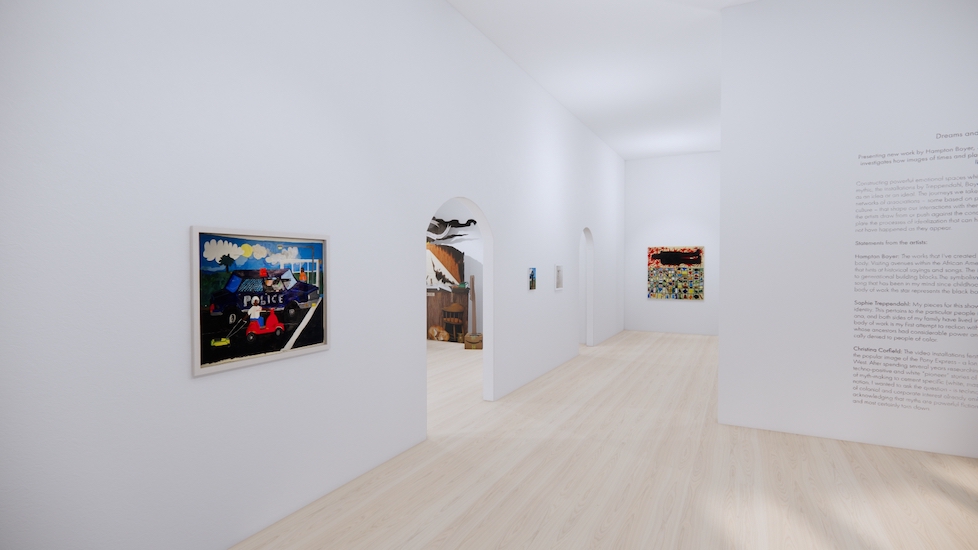 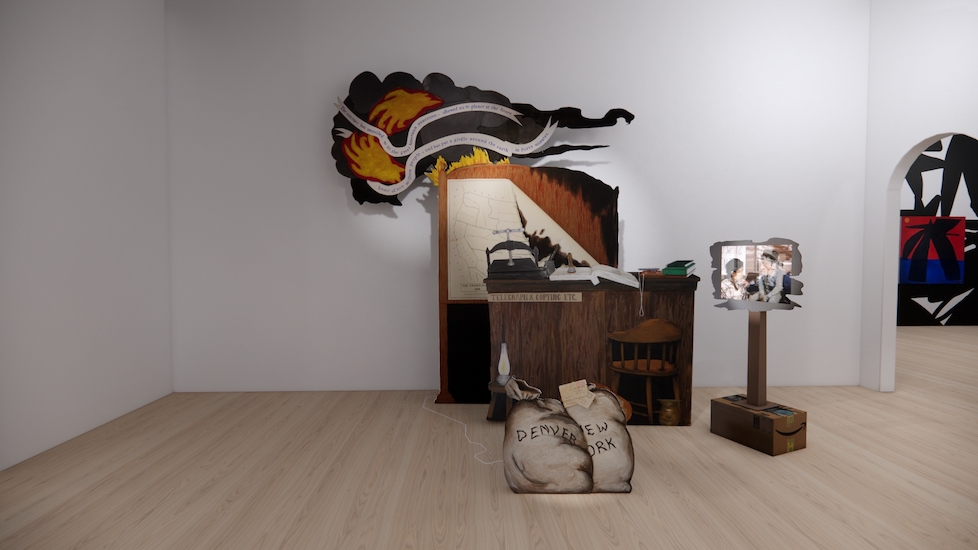 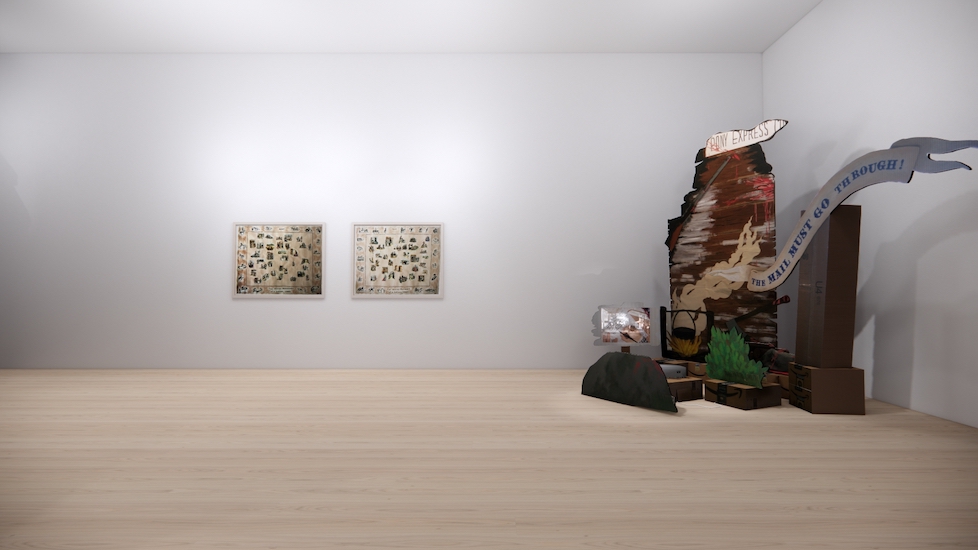 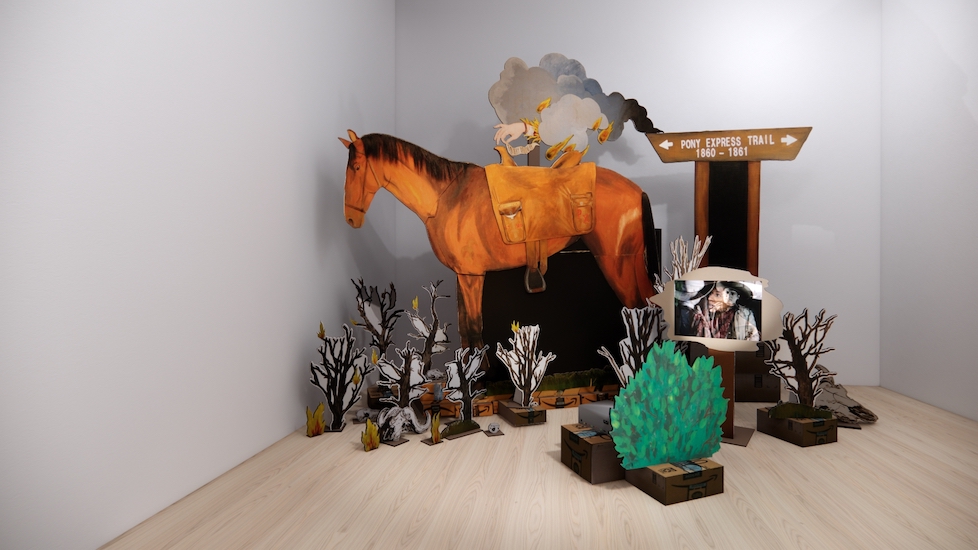 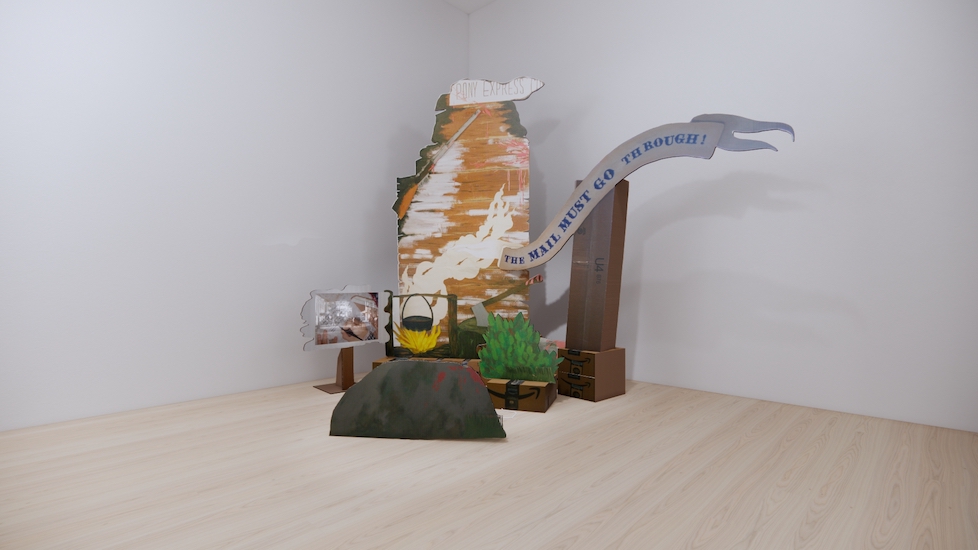 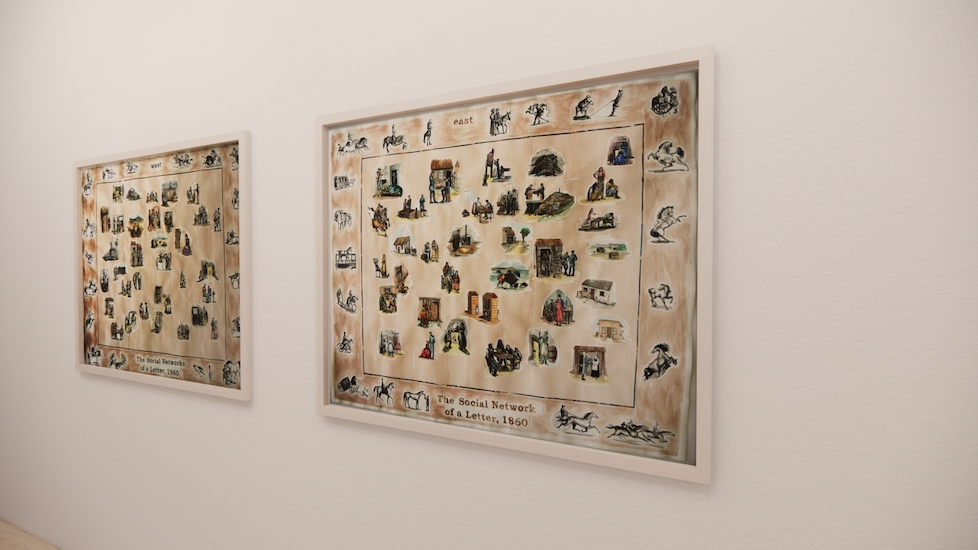 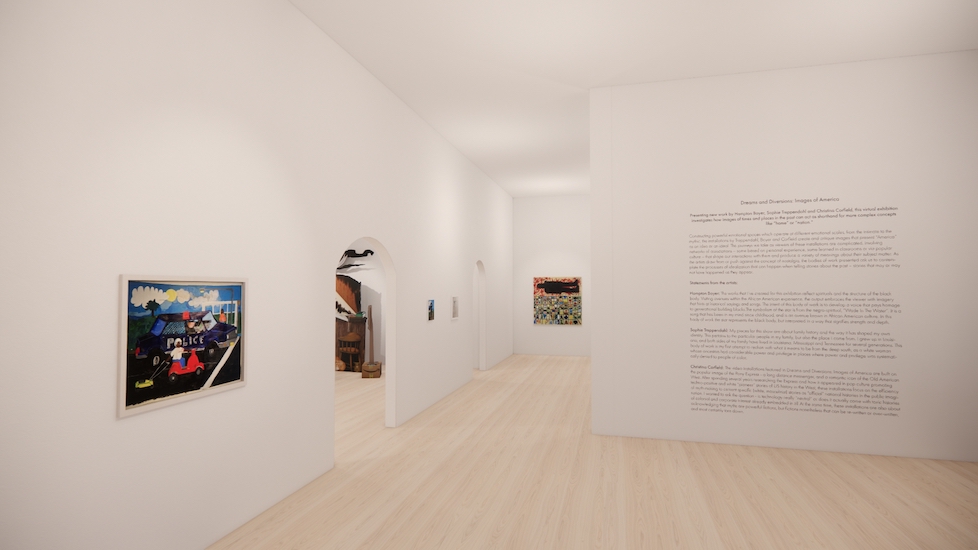 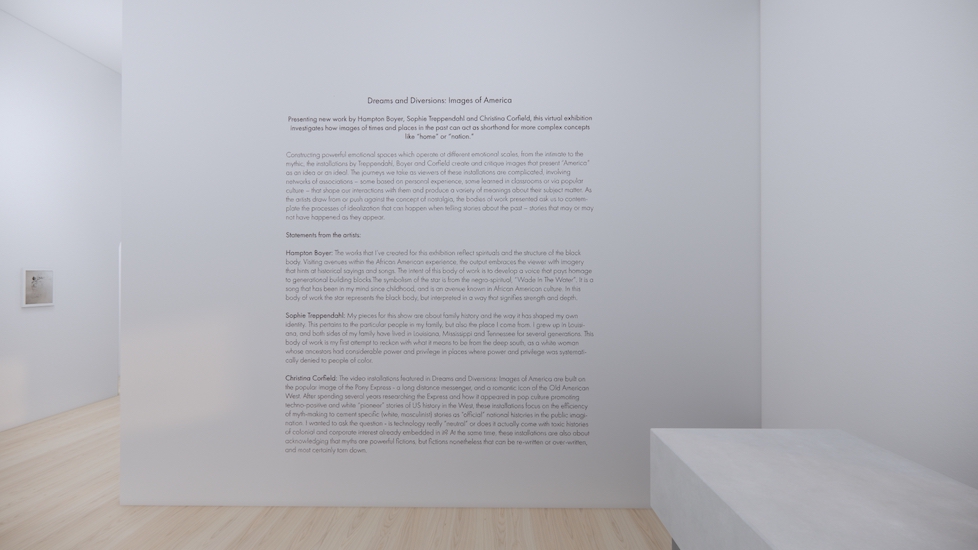