Johansson Projects presents 2 art exhibitions — Collective Compulsions: The Winter Group Show, and a solo exploration by Zach Houston. When we are faced with intricate visual detail, we are compelled to look closer, and sink into meditative contemplation of the discipline necessary to create such work. Stepping back from the image, the meticulously built forms disappear into the context of the whole. In Johansson Projects’ new survey, the rooms full of laborious process and obsessive mark-making by the 13 artists co-mingle with a year and half of equally meticulous cultivation by the gallery. In addition to traditional forms such as painting and drawing, there is a play of unorthodox materials and methods such as medical tape and elaborate paper cuts. Delicate, dense, panoramic memory maps stretch before us in one piece, only to collapse into spiraling abstractions made from domestic items in the next. In the back gallery, Zach Houston’s solo show, the obsessive aesthetic as coping method is explored from a different, more intimate and linguistic orientation. Houston offers a selection from his vast archive of stream-of-consciousness diagrammatic investigations that concern themselves with the ancient past, thickest present and distant future. 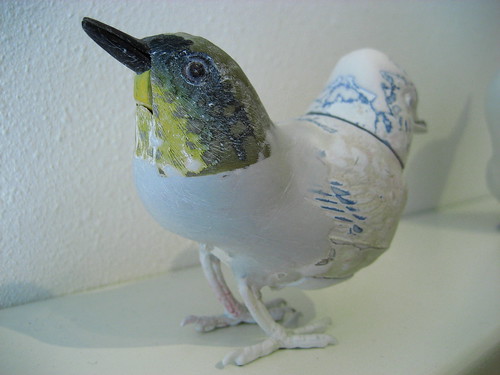 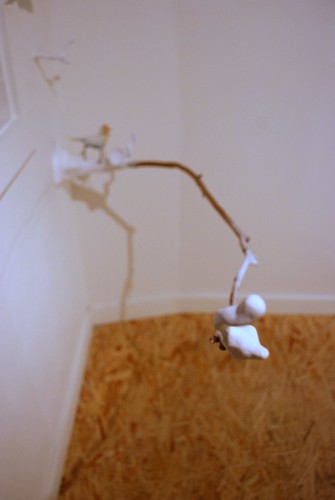 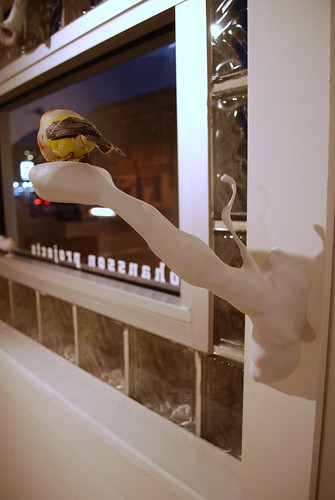 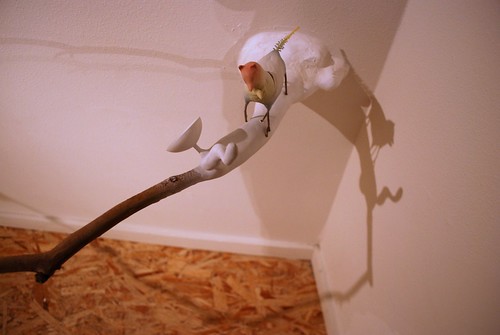 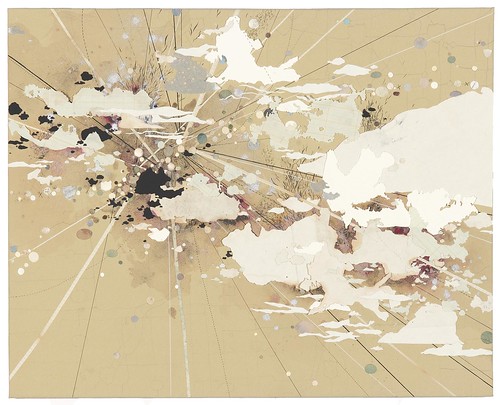 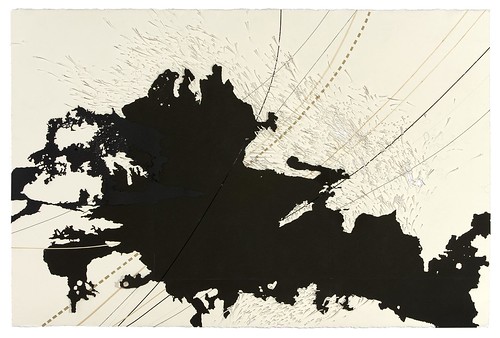 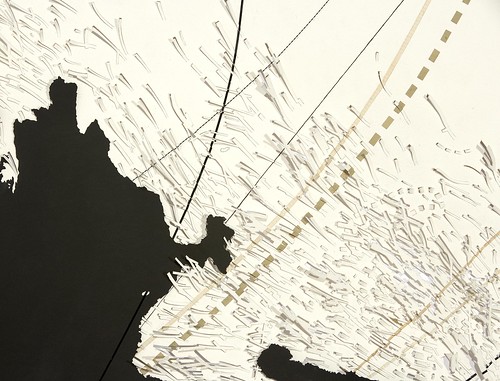 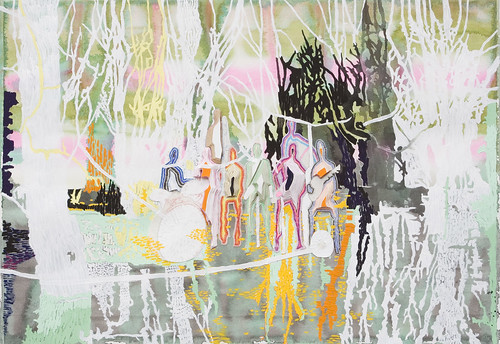 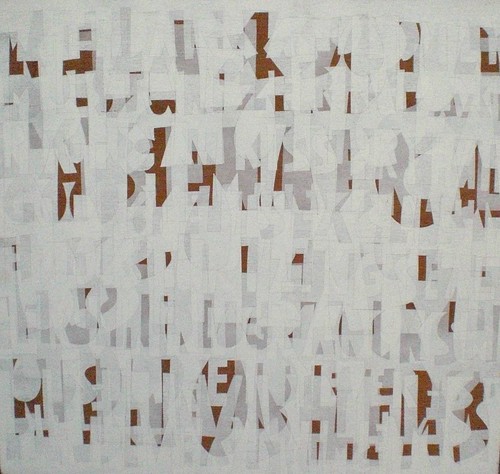 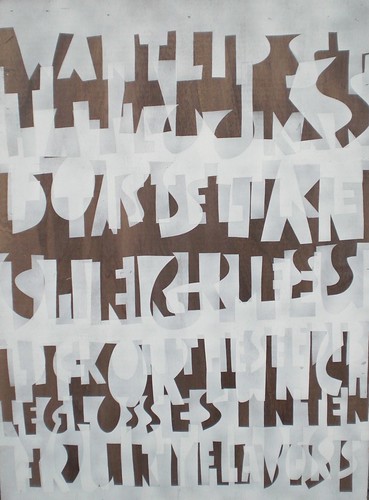 Nathan Cordero "Thanks For Standing Me Up" 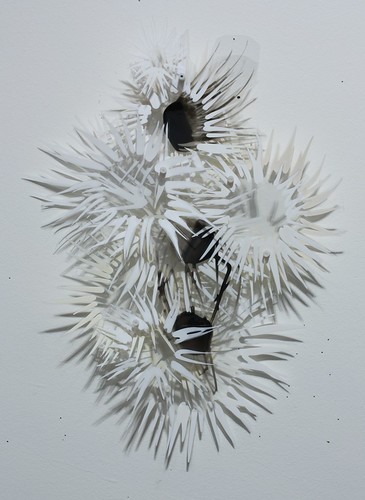 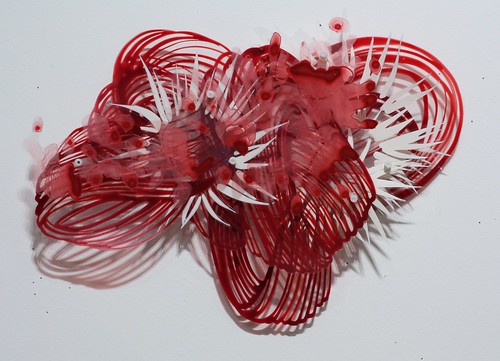 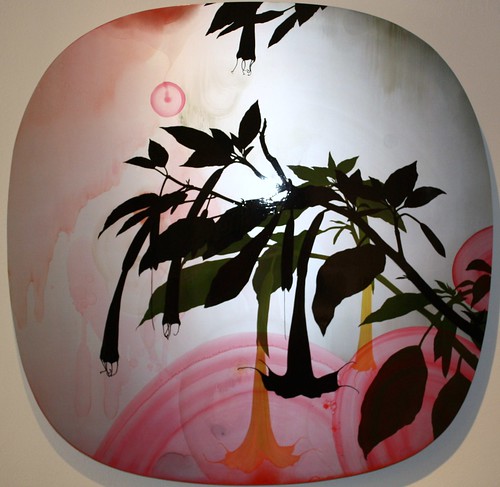 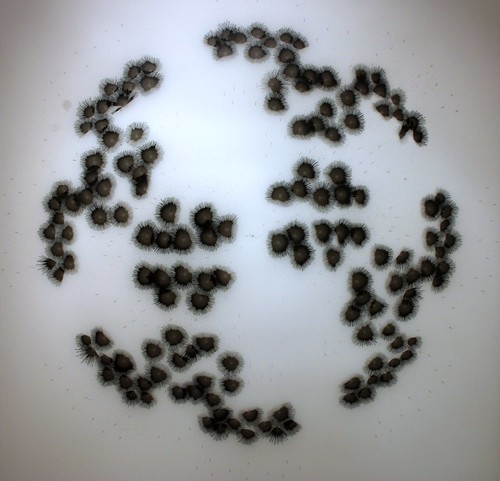 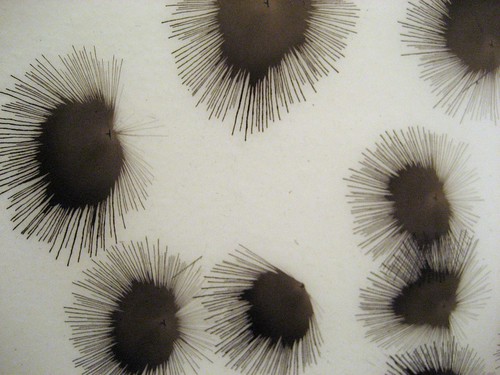 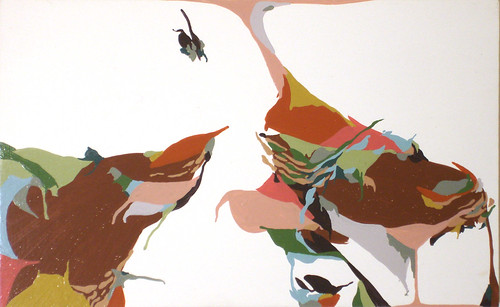 Andrew Benson "What Lies Between Scanlines" 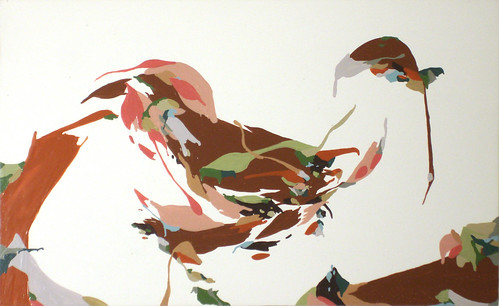 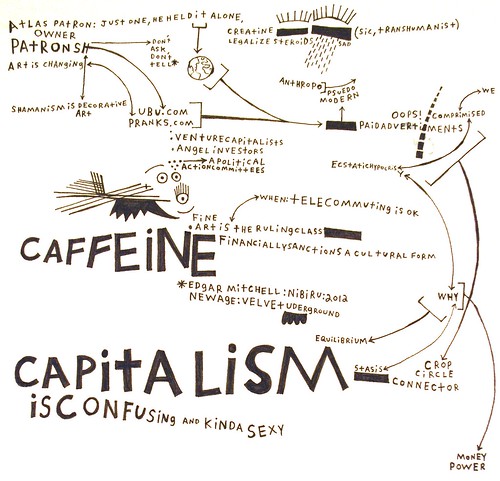 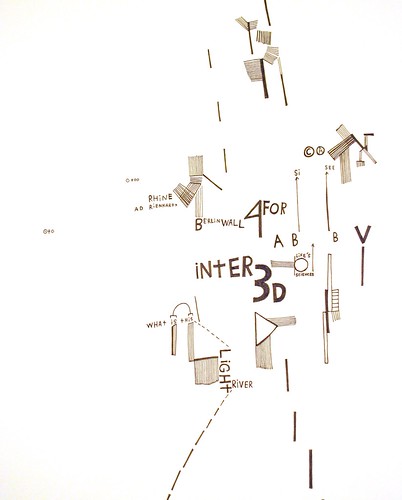 Zach Houston "Advertising Rienhart Descending a Staircase to Another Dimension" 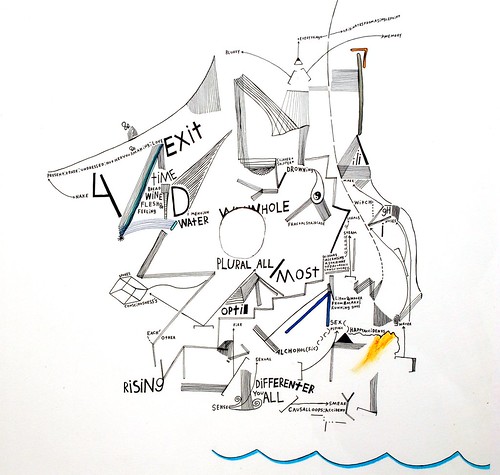 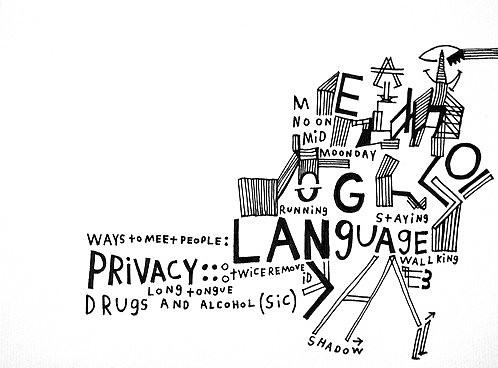