Hymns To The Moon

Johansson Projects presents Hymns to the Moon, where sublime omens haunt everyday spaces, both of the landscape and of the imagination. Robert Minervini and Tadashi Moriyama depict visions of a timeless future.

Moriyama’s works swarm with details in their depiction of the last judgment for the digital age. Weeds, wires, blood and guts coil around classical sculpture, original sin and corporate headquarters. At the crux of his painted paranoia, viewers are struck with, surprisingly, an overwhelming sense of euphoria. Even amidst all the anxiety and desire, in the heat of the moment there is a great togetherness. His animations follow un-phased individuals reacquainting themselves with the new landscape we have cultivated. The combination of lunar energy and digital power leads them to a strange state of enlightenment.

Minervini sheds light on the aftermath of some unnatural disaster, presenting it in all of its jaded beauty. His apathetic dystopias are drenched in the washed-out neon hues of Sunset strip. He paints lo-fi Vanitas that reek of expired mortality while retaining a California cool. There is a hallucinatory quality to the works; they bridge the ancient past with a dystopian future while seeming to hover above the present as if in a ghostly dream. 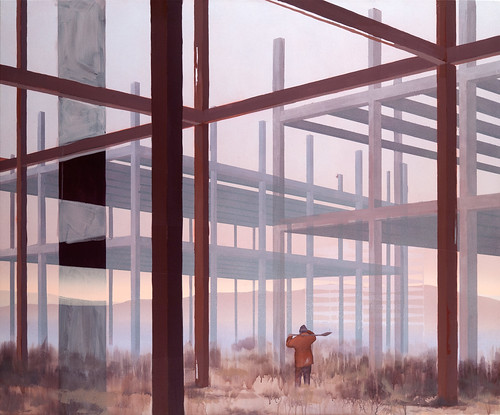 Robert Minervini "Who is He (Twilight)" 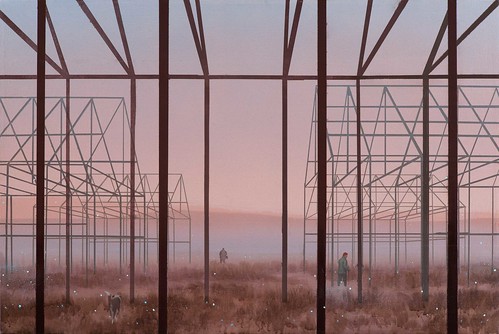 Robert Minervini "By Chance, A Visitor" 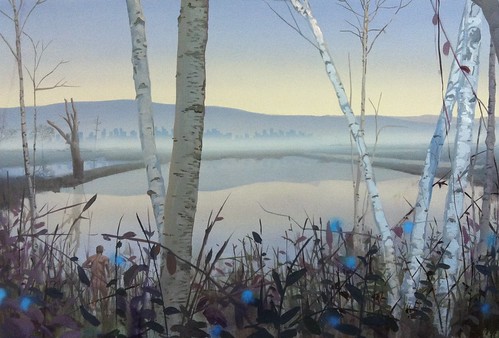 Robert Minervini "From the Woods" 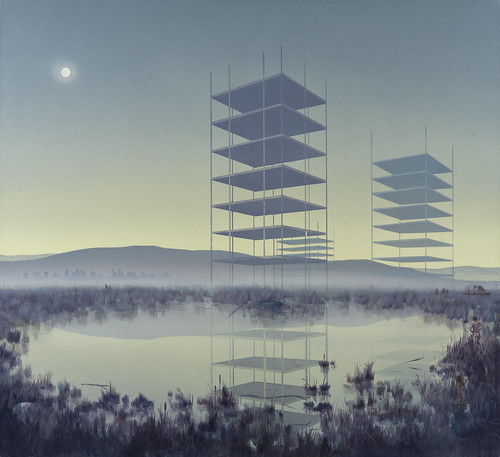 Robert Minervini "Outside of Town" 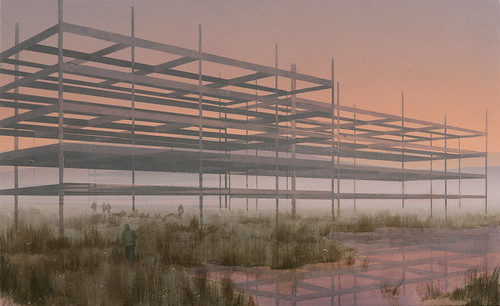 Robert Minervini "A Hand at Dusk" 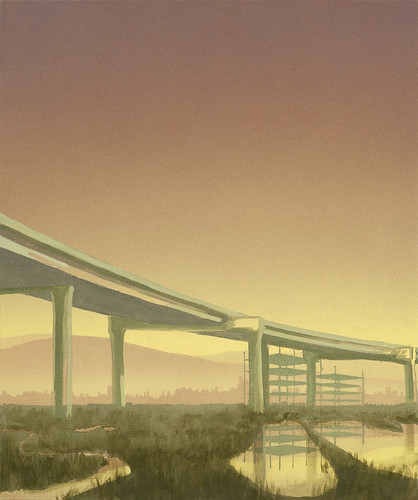 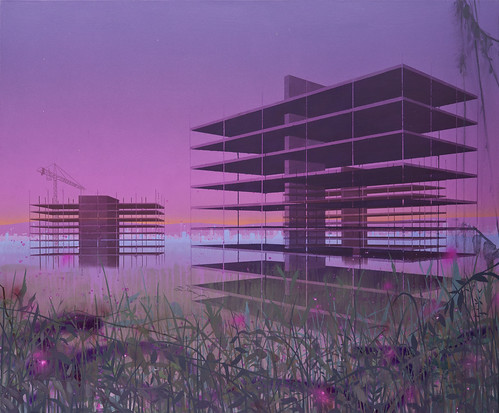 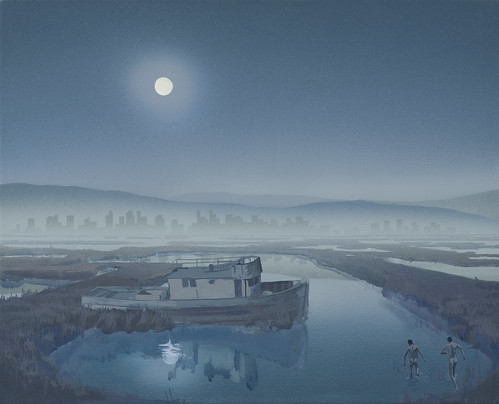 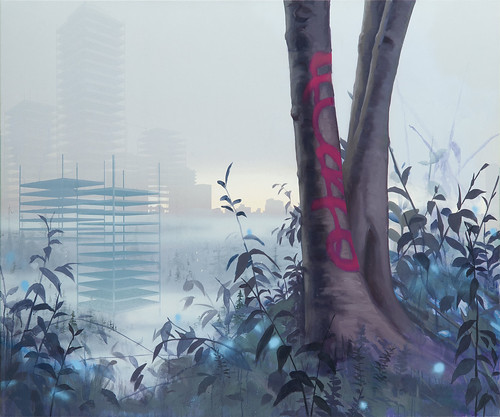 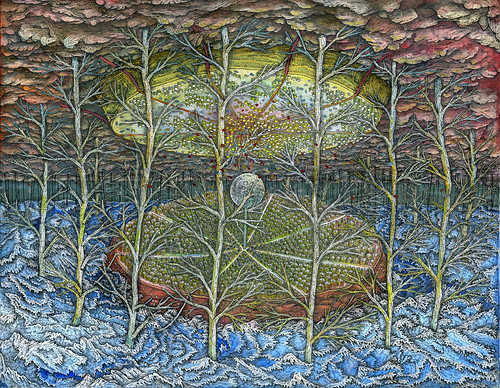 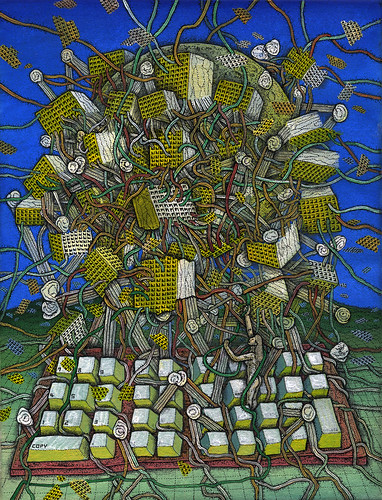 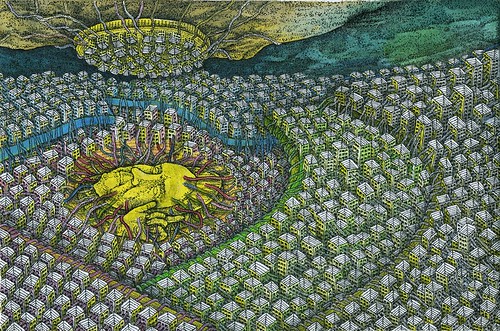 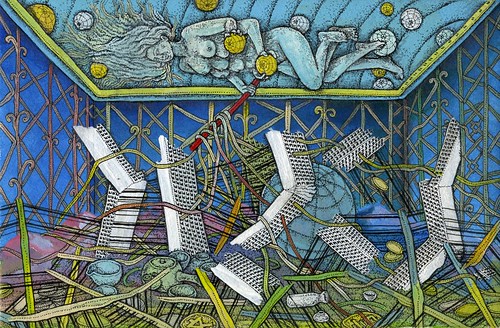 Tadashi Moriyama "Artemis on the Ceiling" 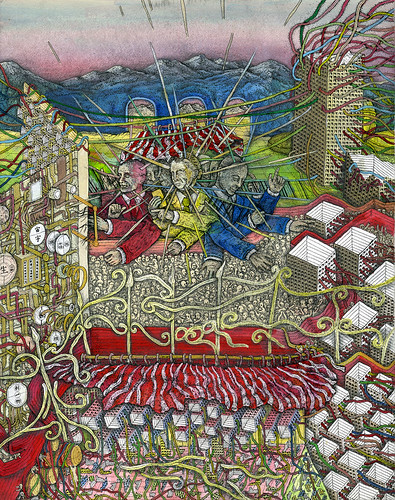 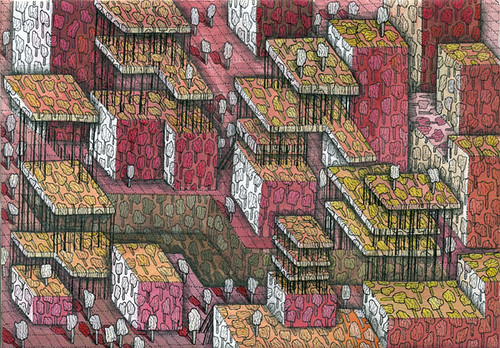 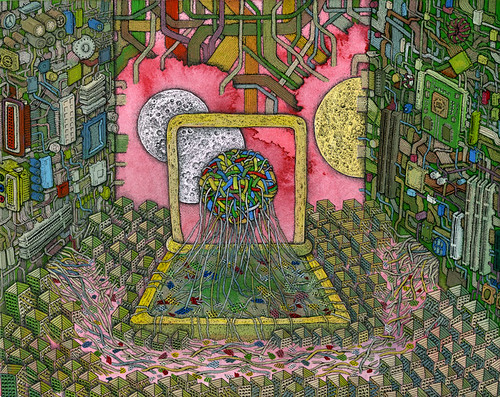 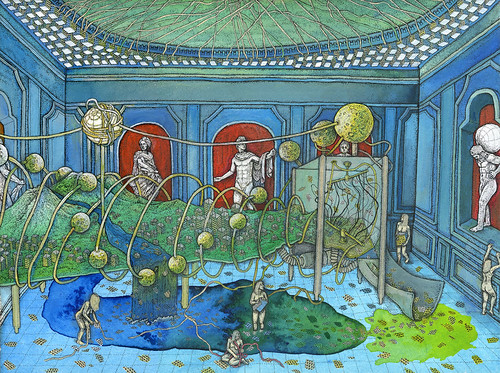 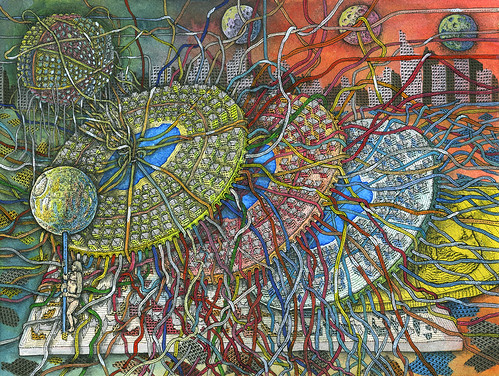 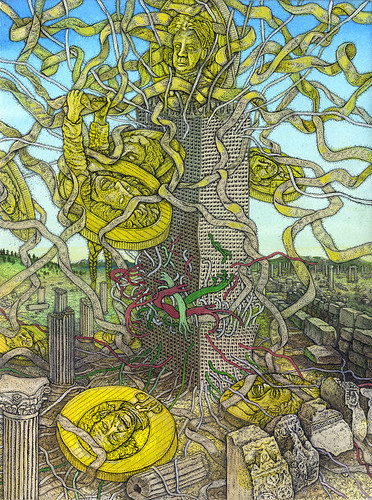 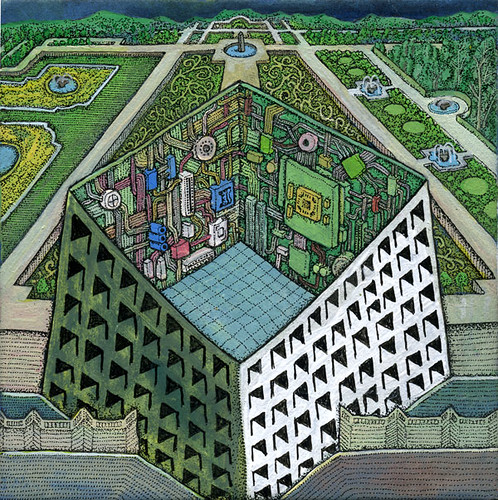 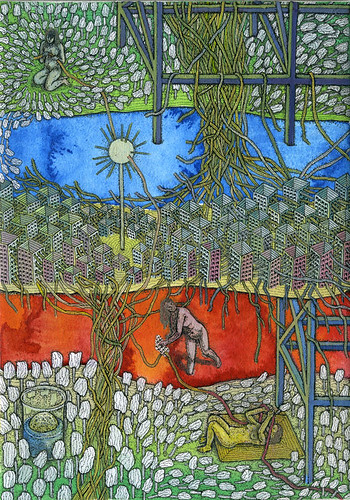 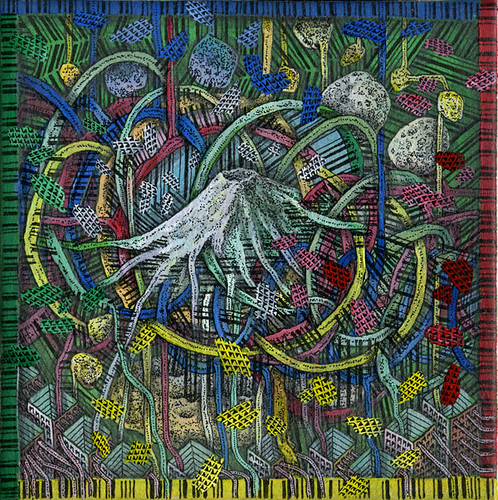 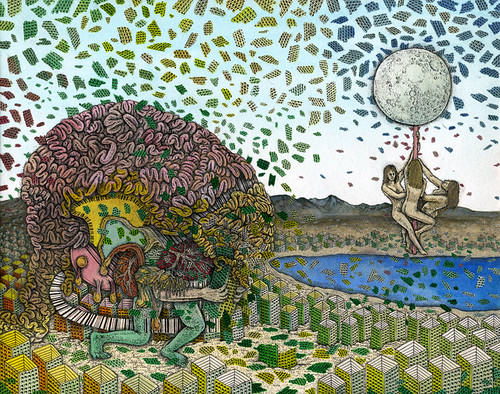 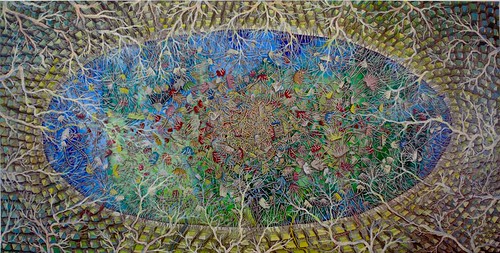 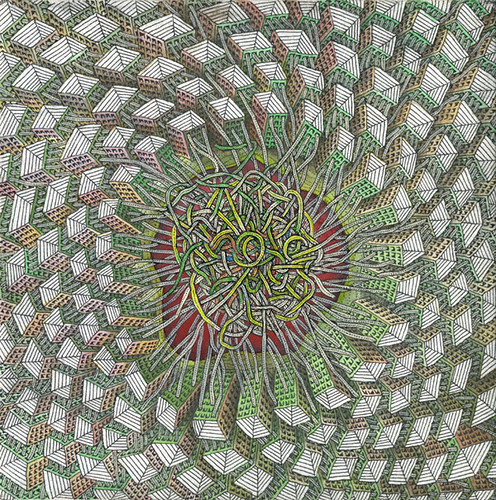 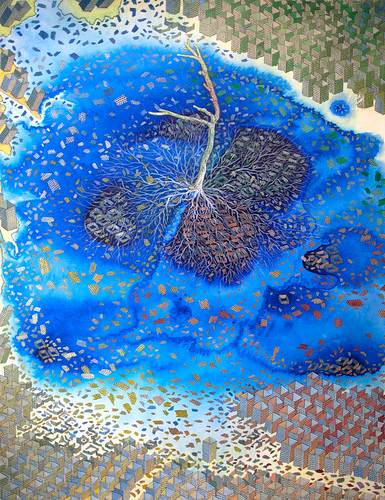 Tadashi Moriyama "Loss of Farmers' Knowledge in Their Lands" 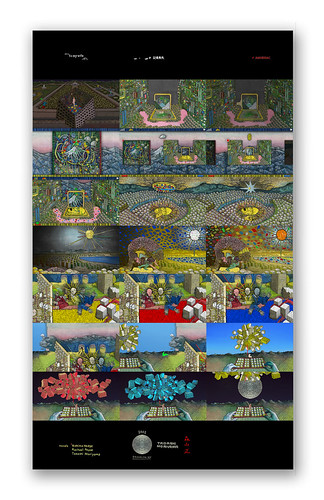 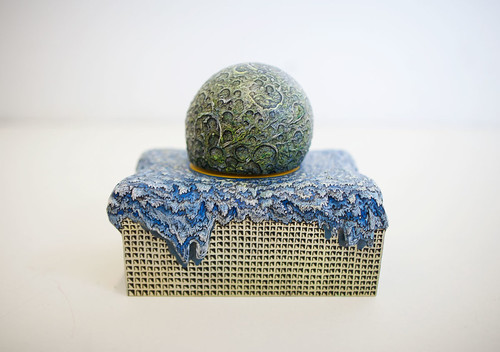 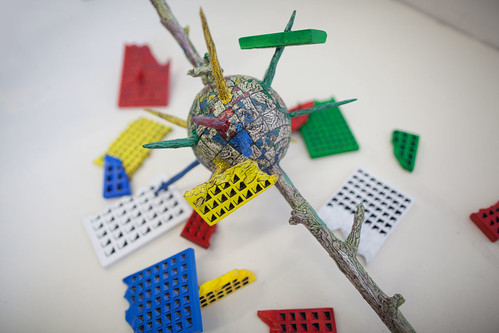