Johansson Projects is pleased to announce a solo exhibition of recent works by Oakland-based artist Miguel Arzabe entitled Cóndor de Cuatro Cabezas (Four-Headed Condor), which is on view to the public, through July 24. The exhibition’s title is inspired by the ancestral mythology of the indigenous Sacaca people in Bolivia, who held a pantheistic conception of the world that featured the transposition and recombination of animal parts into divine beings. These beings continue to be expressed in the textiles of the region that portray pájaros monstruosos, “monster birds,” such as half-puma half-eagle, or a four-headed condor.

The works included in Cóndor de Cuatro Cabezas feature intricate canvas and paper weavings that are crafted from strips of painted reinterpretations of artworks by pre-war American abstractionists, which Arzabe weaves into new visual interpretations using improvised patterns inspired by Andean textiles. The four heads of the condor referenced in the exhibition title represent the various ‘authors’ of each work: the two artists whose works Arzabe deconstructs; Arzabe himself as the third artist who then reconstructs their work into a new, mixed form; and the viewer, who then engages with and creates new meanings from the resulting woven piece.

Miguel Arzabe makes colorful and dynamic abstractions – weavings, paintings, videos. He starts by finding outdated beauty in paper ephemera from art shows, modernist paintings, discarded audio recordings. They are methodically  analyzed, deconstructed, reverse-engineered. Drawing inspiration from the cultural techniques and motifs of his Andean heritage, Arzabe weaves the fragments together revealing uncanny intersections between form and content, the nostalgic and the hard-edged, failure and recuperation. 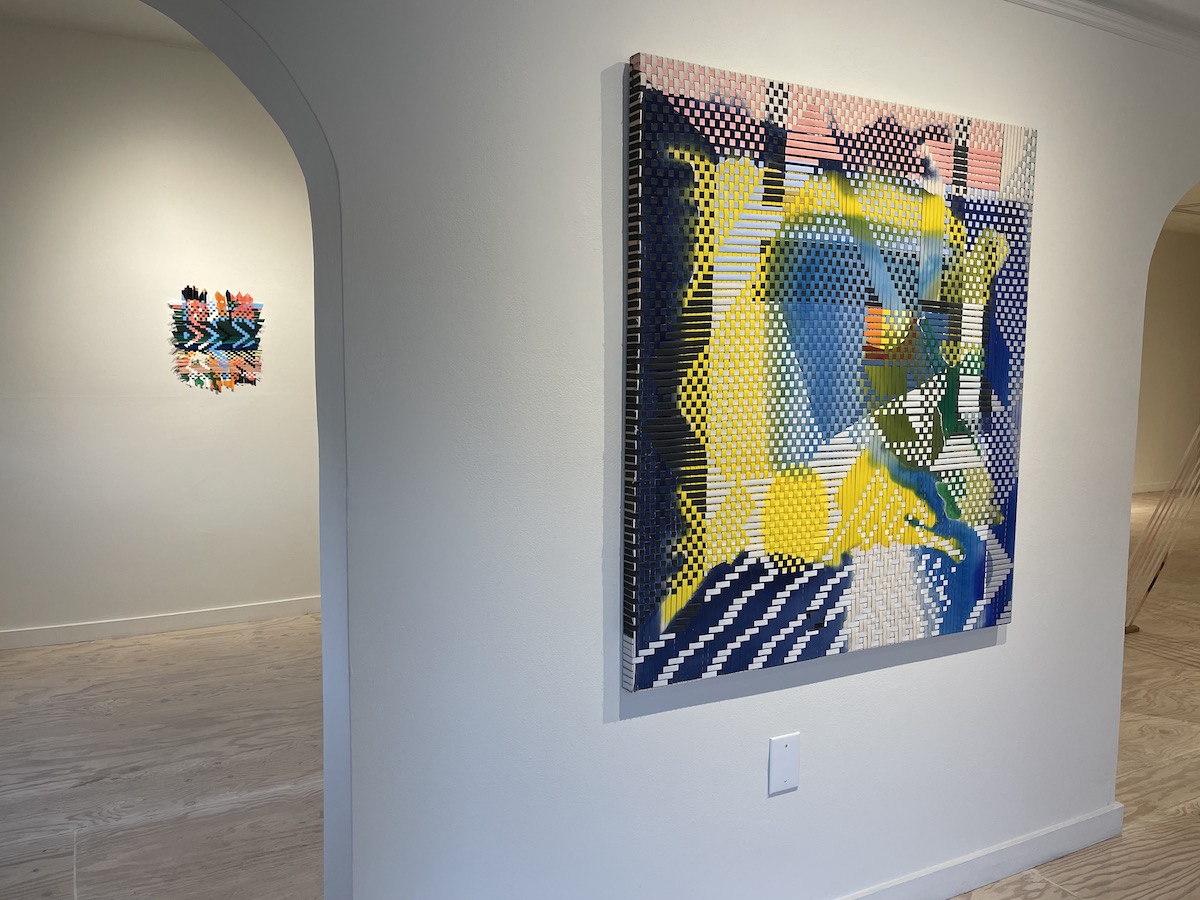 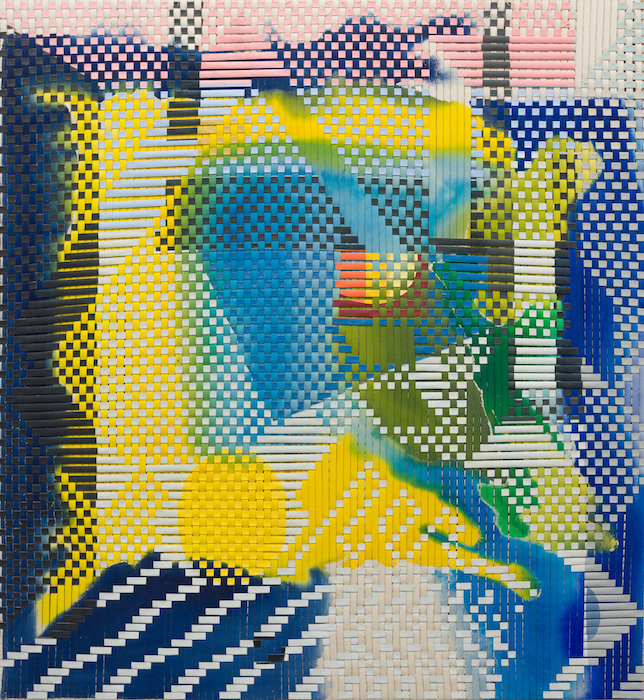 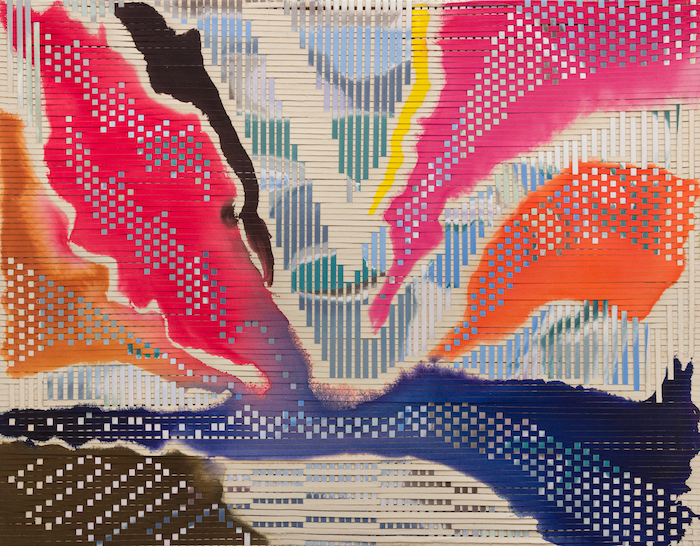 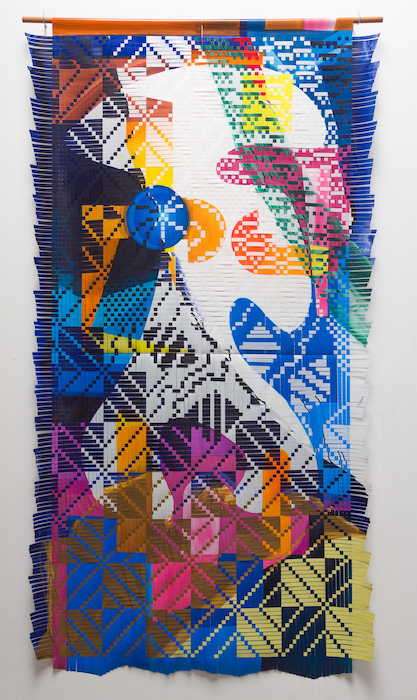 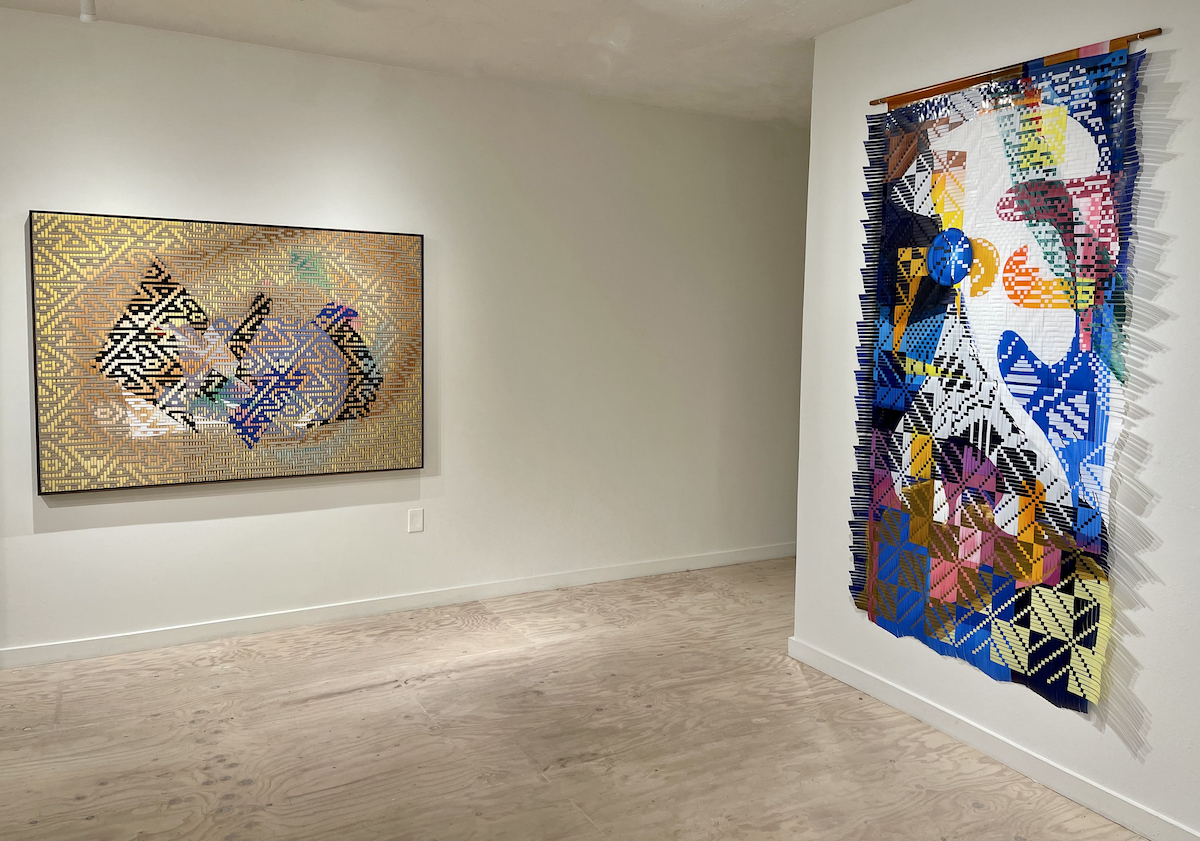 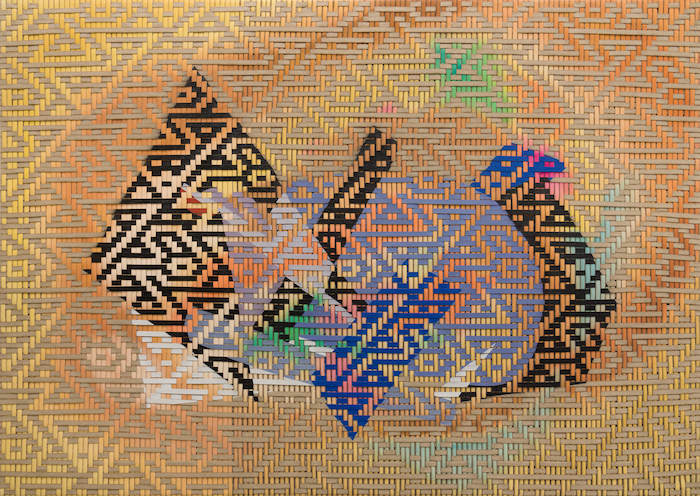 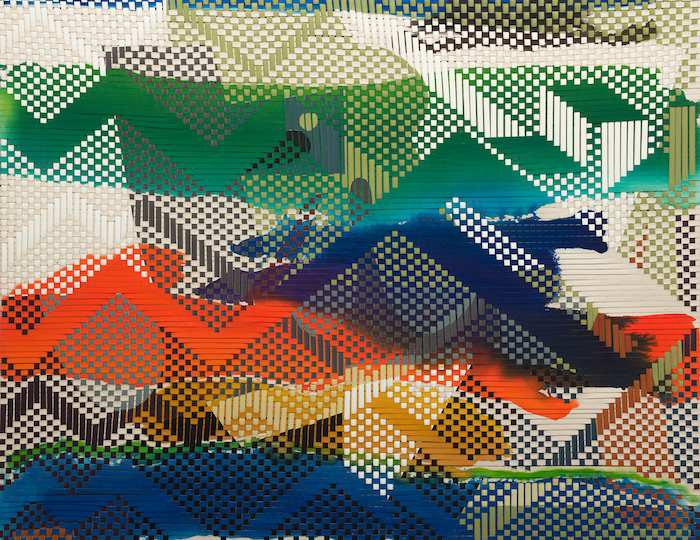 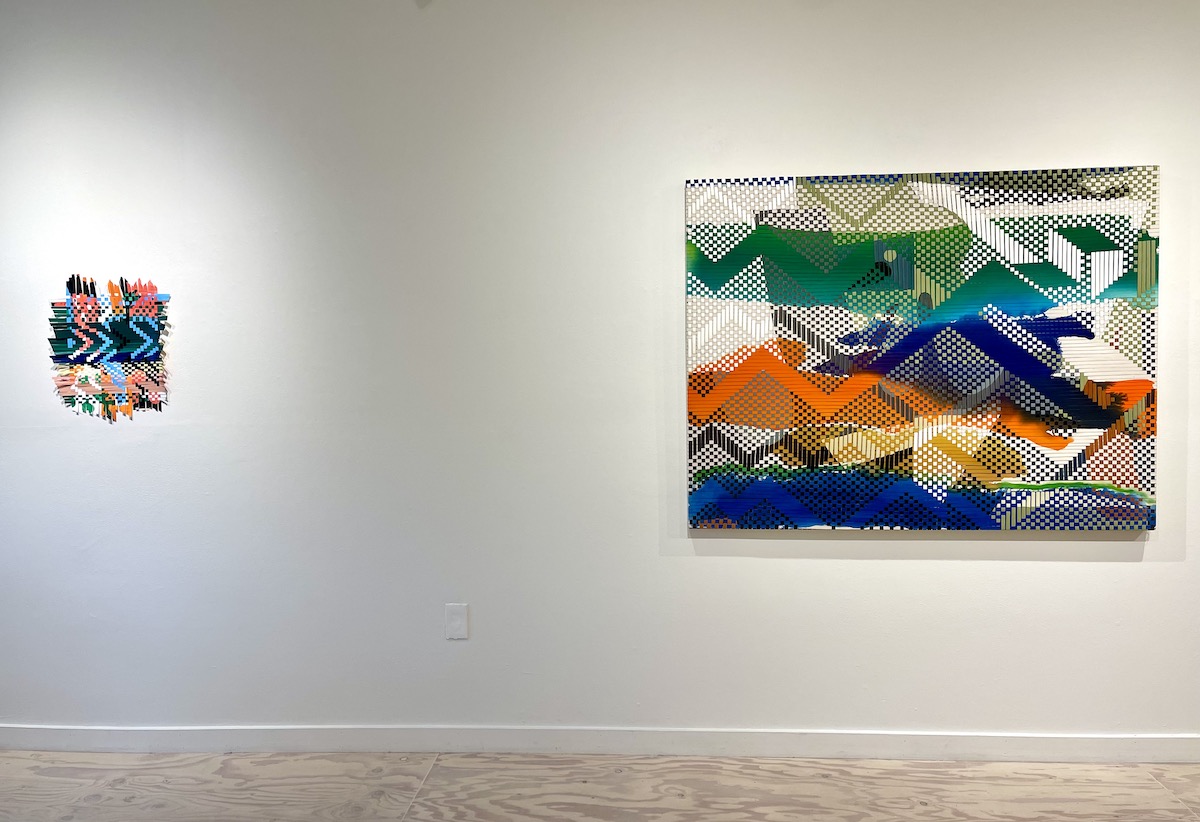 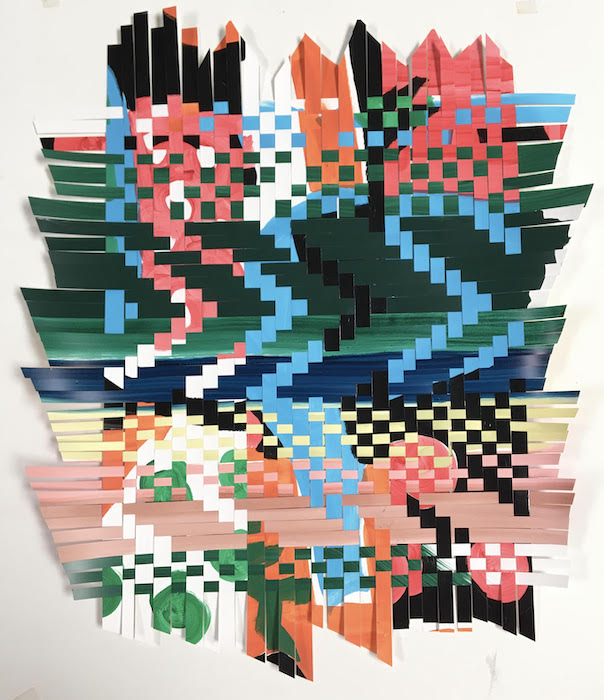 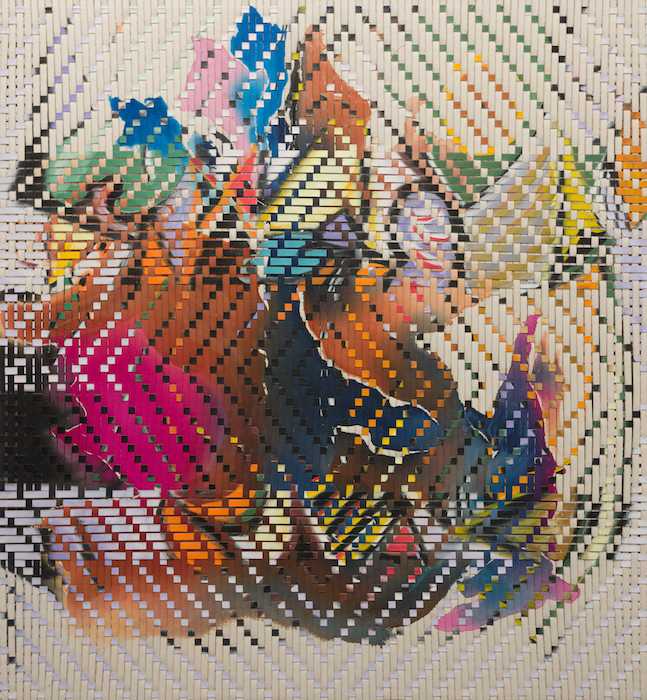 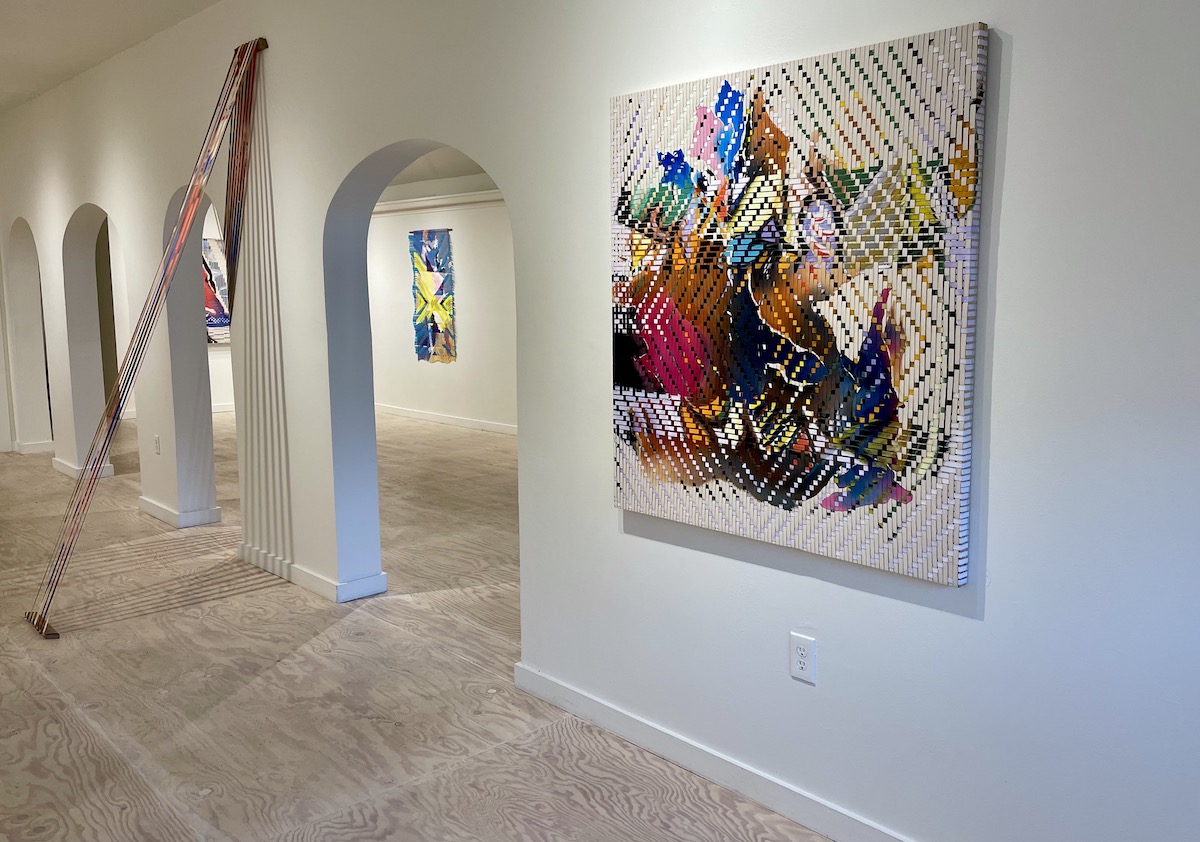 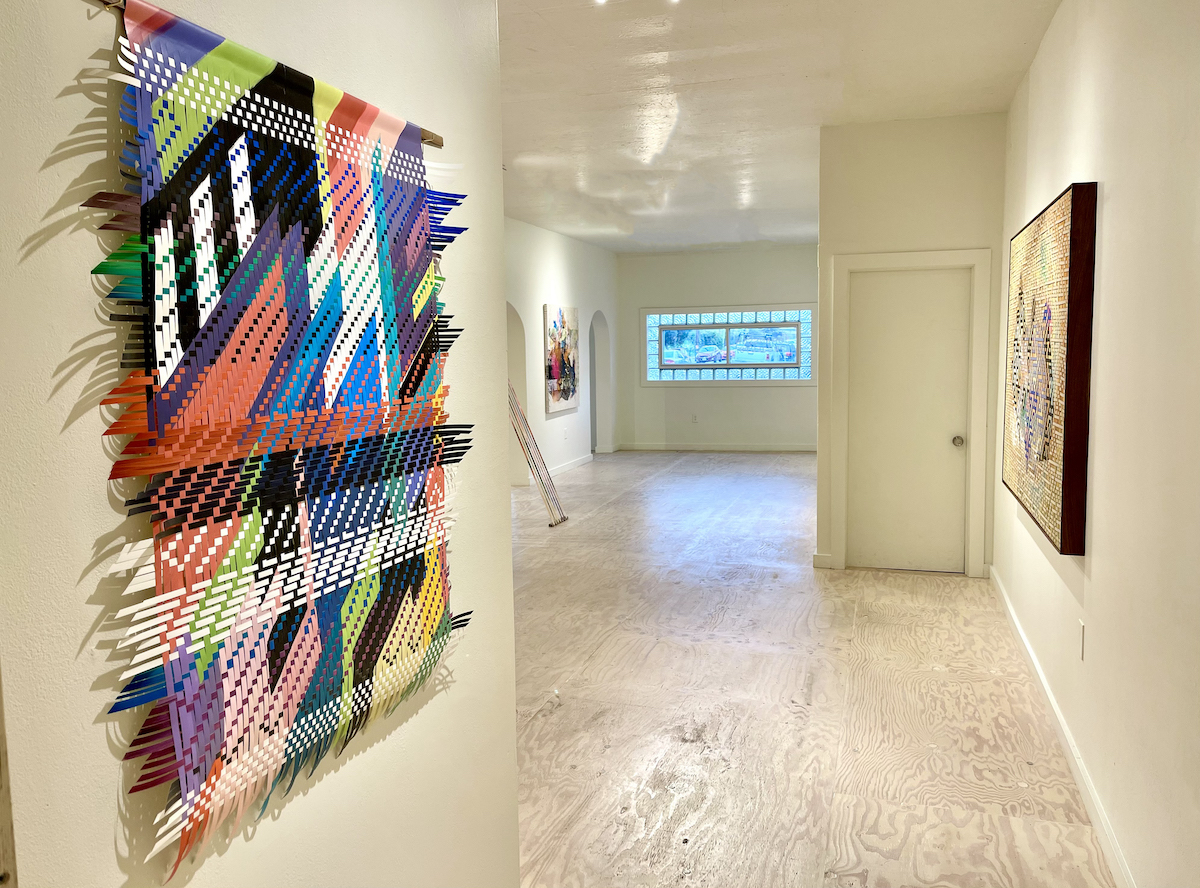 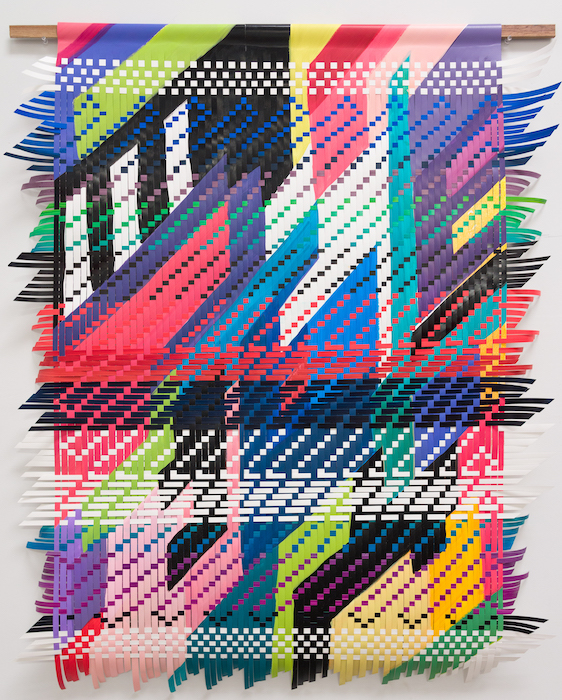 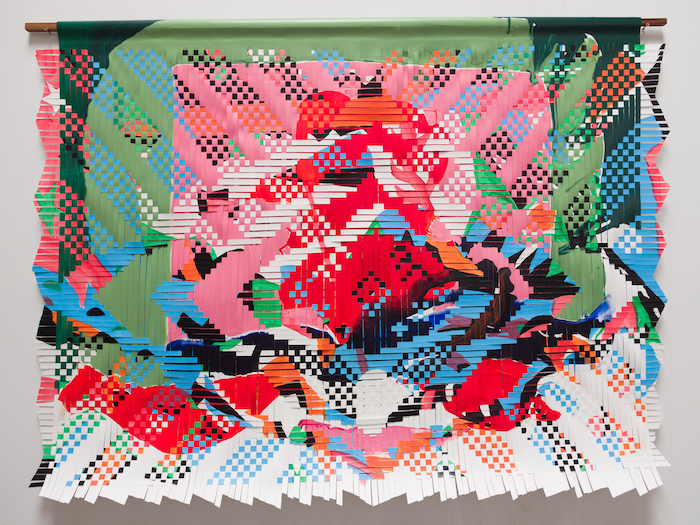 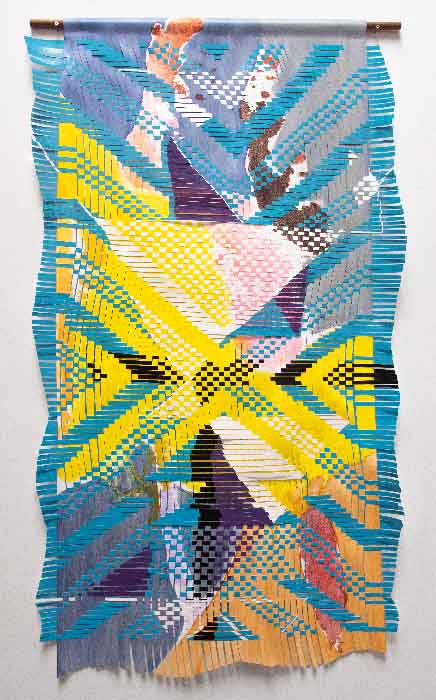 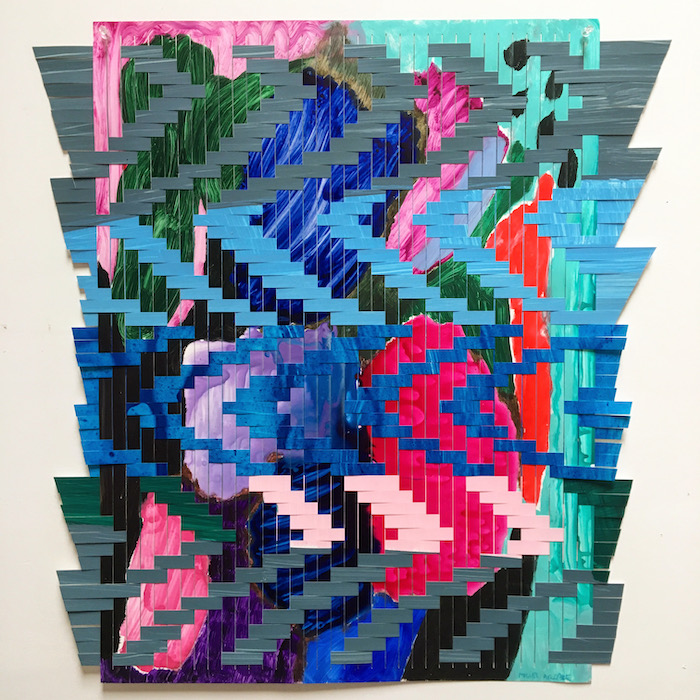 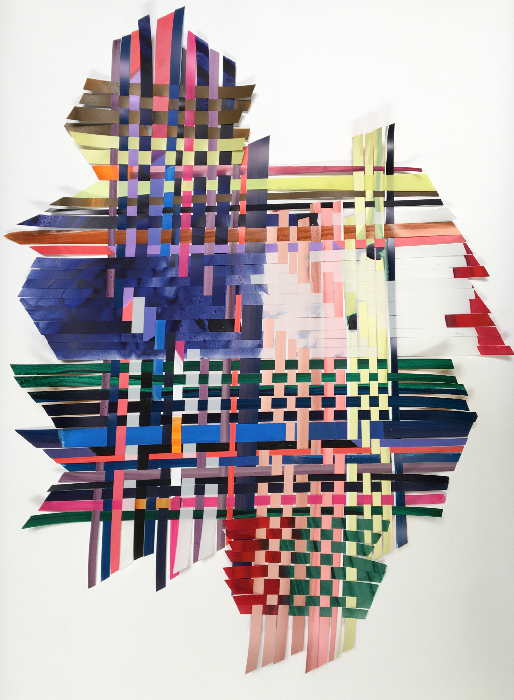 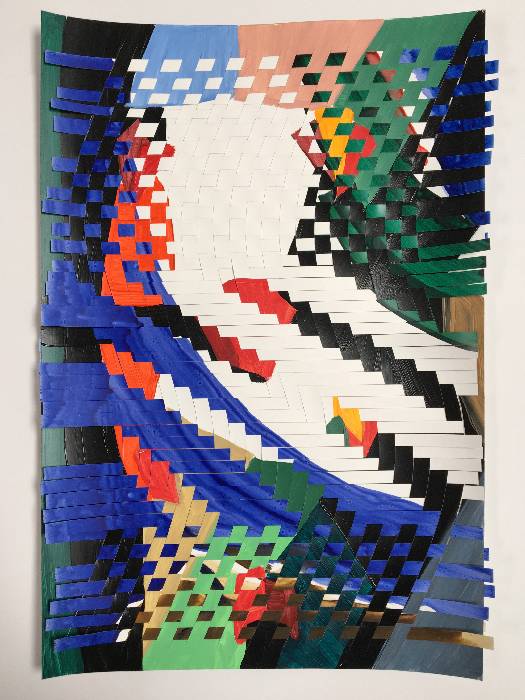