Matt Kleberg’s texturally striped paintings create an intriguing illusion of internal space, inviting the viewer to ‘step in’ to an alternate reality just off the edge of the frame. Invoking the depth of a stage drop, his color-blocked canvasses curtain out to the viewer. Parallel lines and concentric circles pile high, yielding the kaleidoscopic illusion of opening up onto misshapen spaces, secret rooms of red and blue that feel straight out of a David Lynch film. Whether safe havens from the madness of daily life, or tantalizing chimeras that ultimately lead to nowhere, the forms trigger our desire to inhabit the surreal spaces they depict, despite their ultimate inaccessibility.

Woody De Othello crafts inflated, hyperreal ceramic sculptures based on the everyday items we often pay little heed — a cat scratcher, a coffee jug, a neti pot.De Othello examines how the negative aspects of our economic, political, and social environments seep into our personal spaces. These mangled households objects become anthropomorphized in their references to the emotionally strained human body. The wear and tear from stress is moulded into the ceramic forms, responding to a twisted aura that has oozed into our so-called ‘safe’ spaces of home and mind. 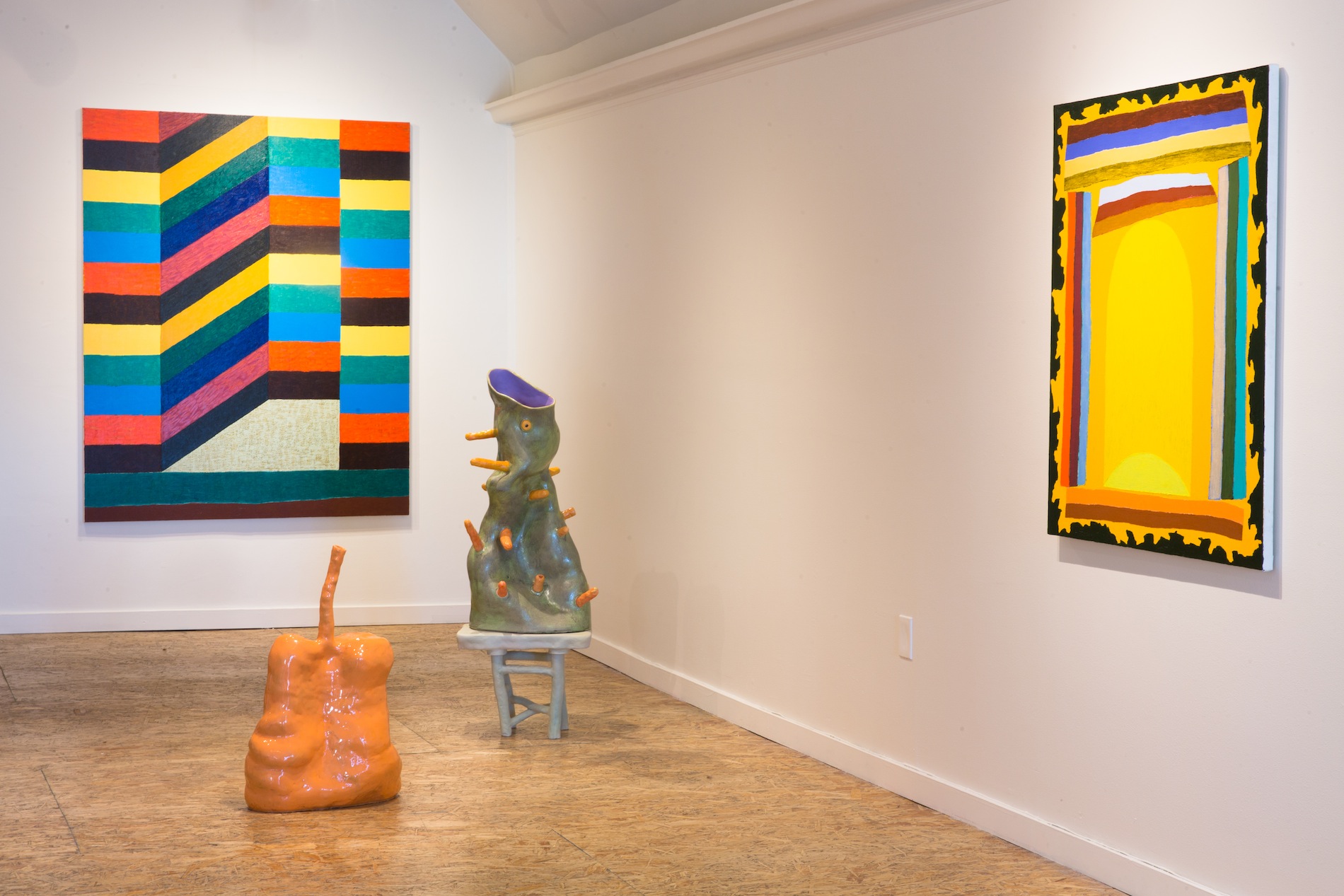 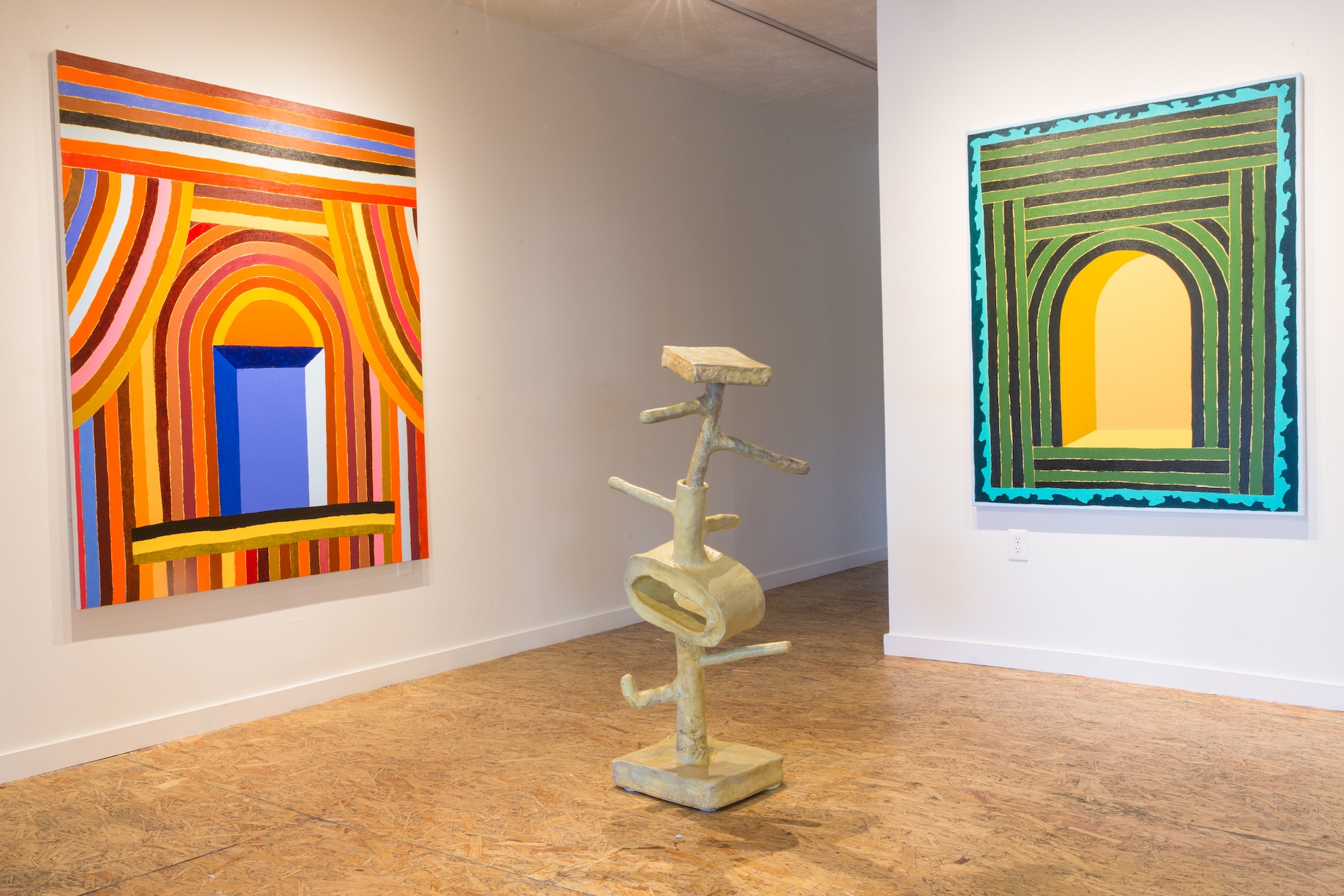 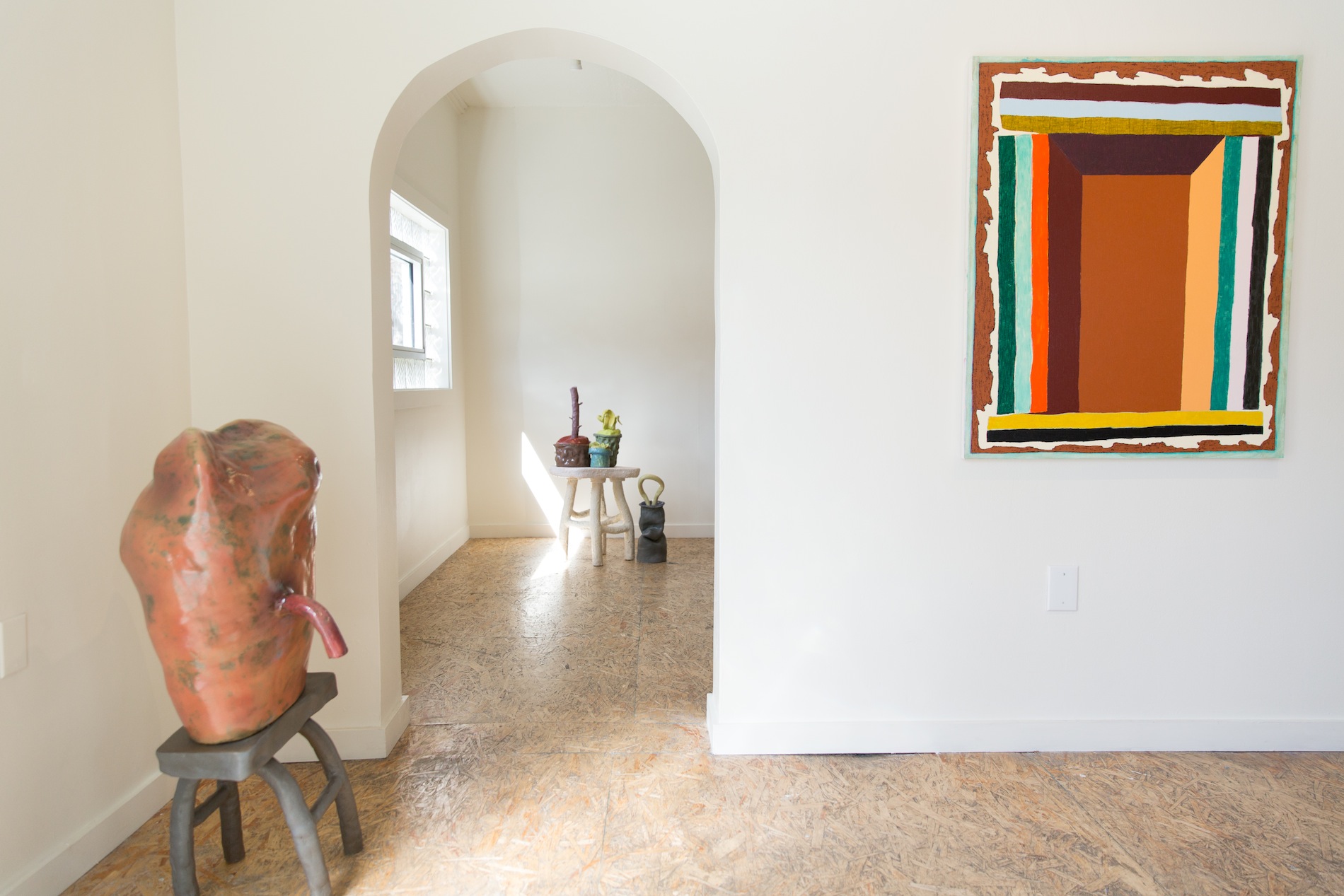 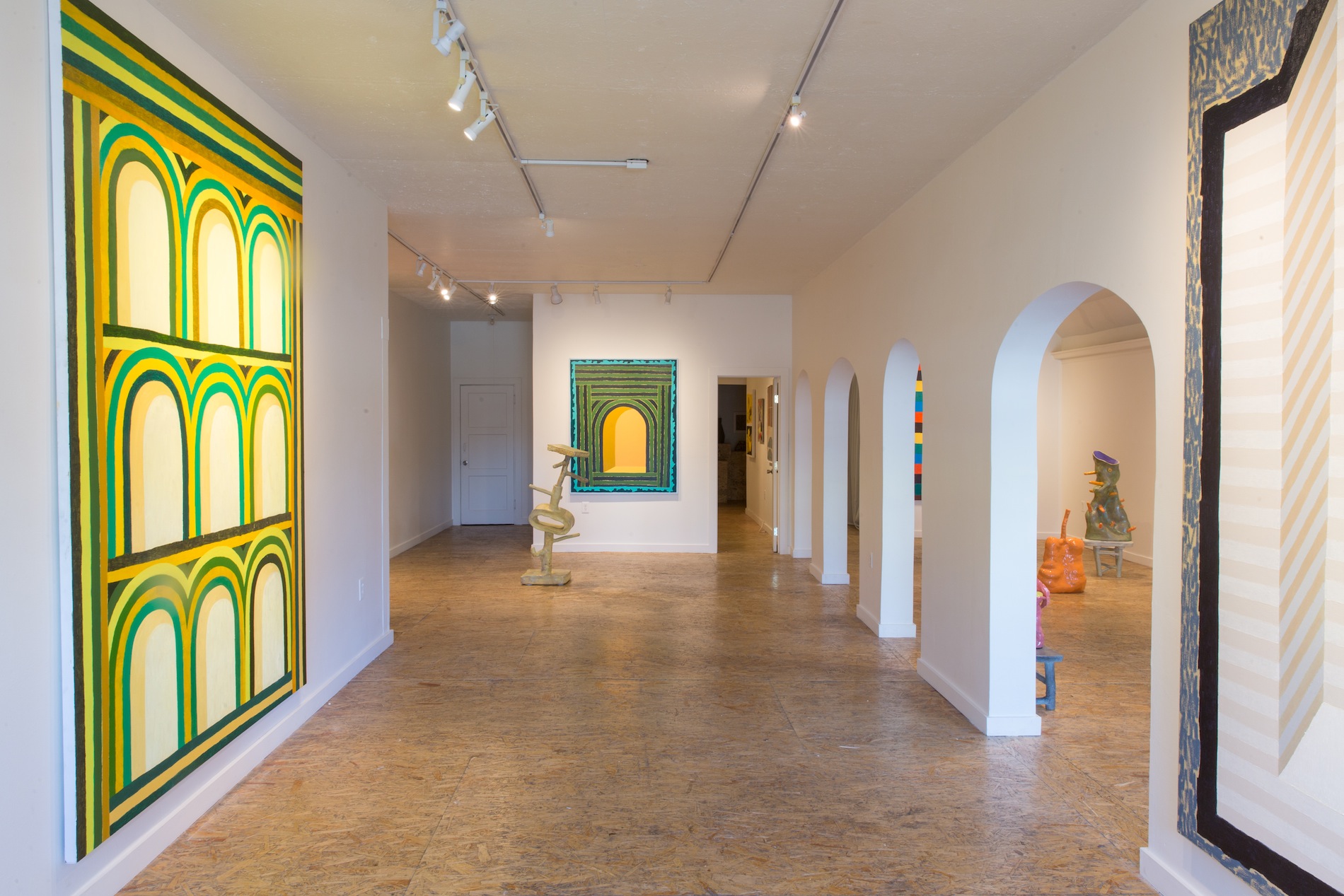 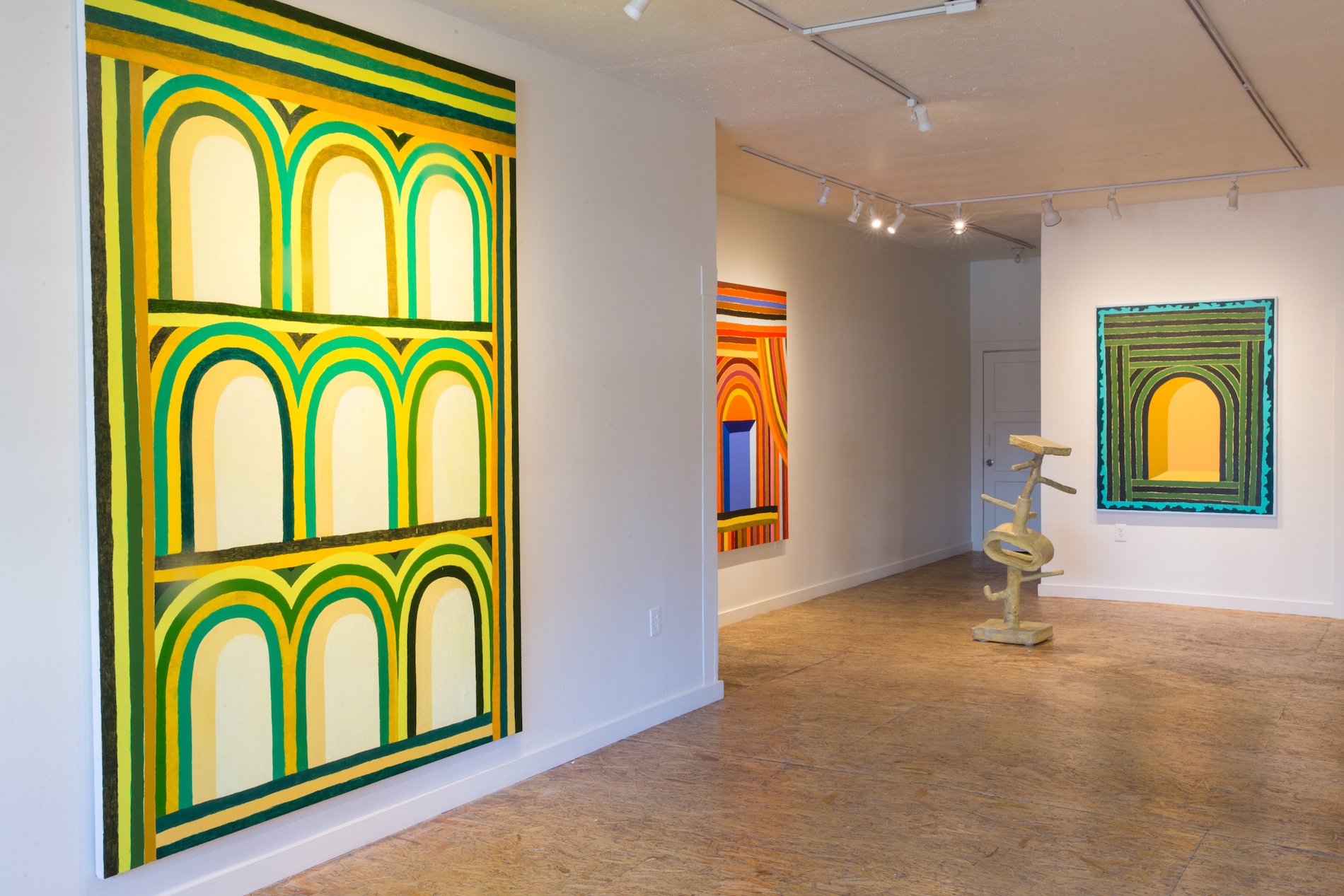 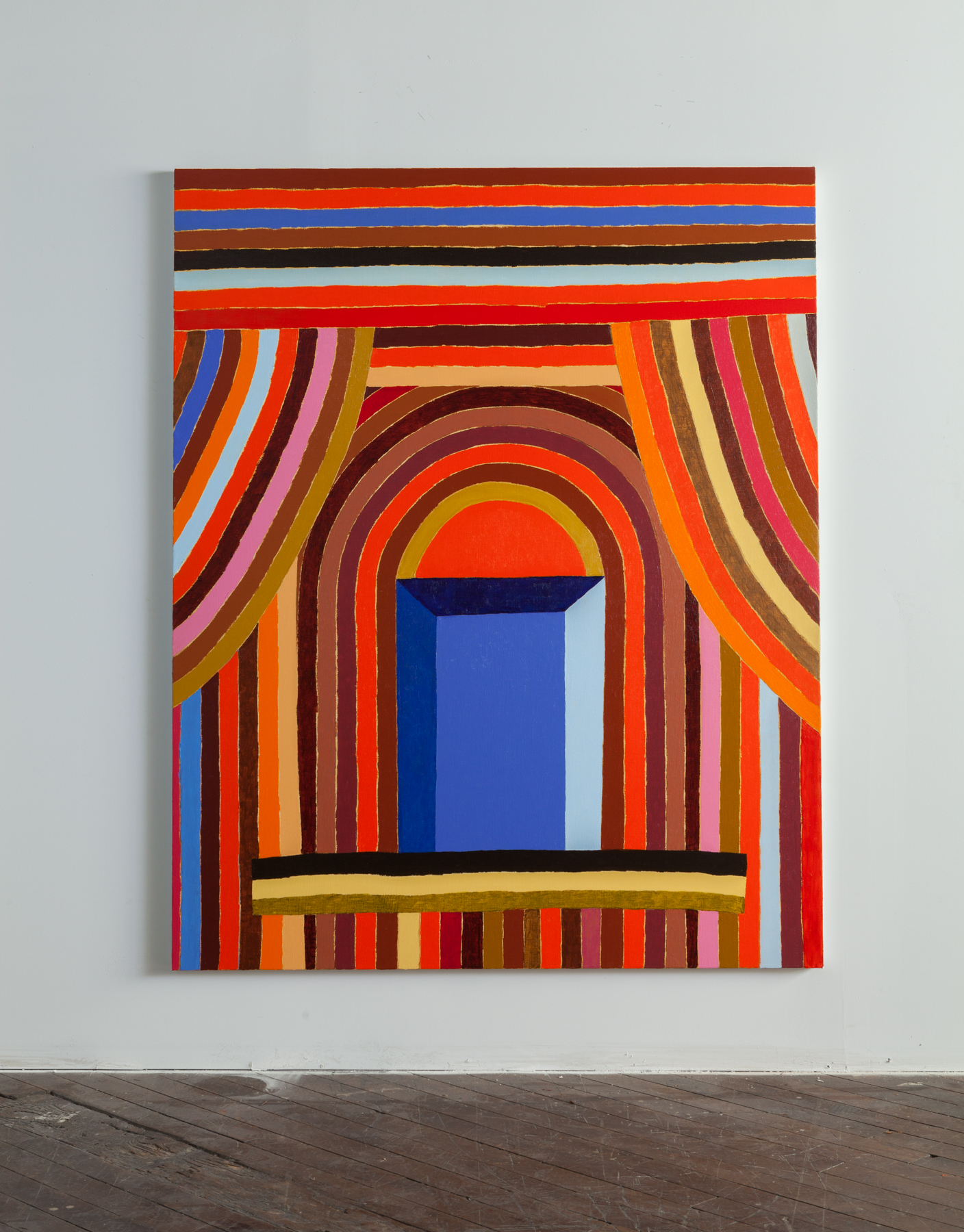 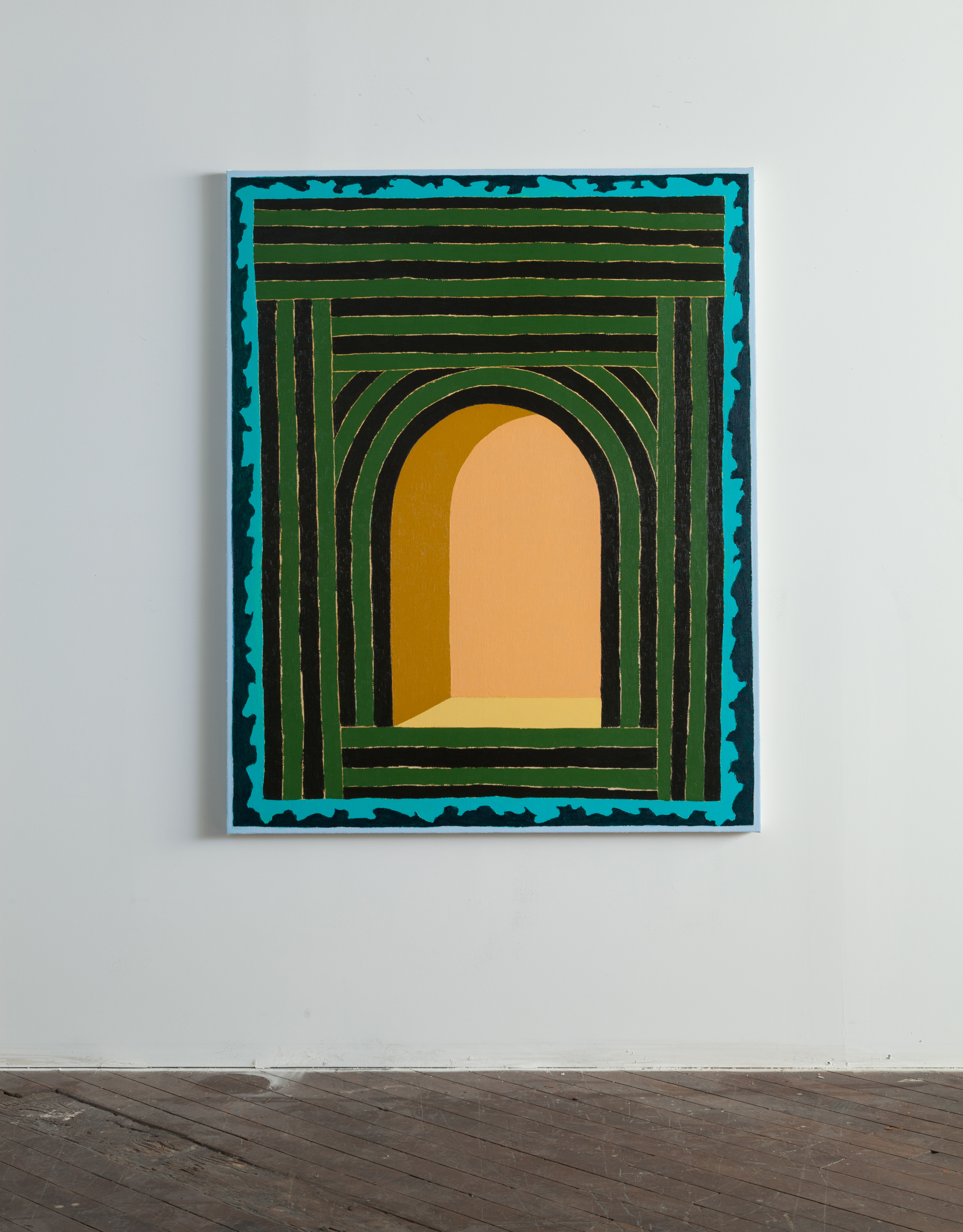 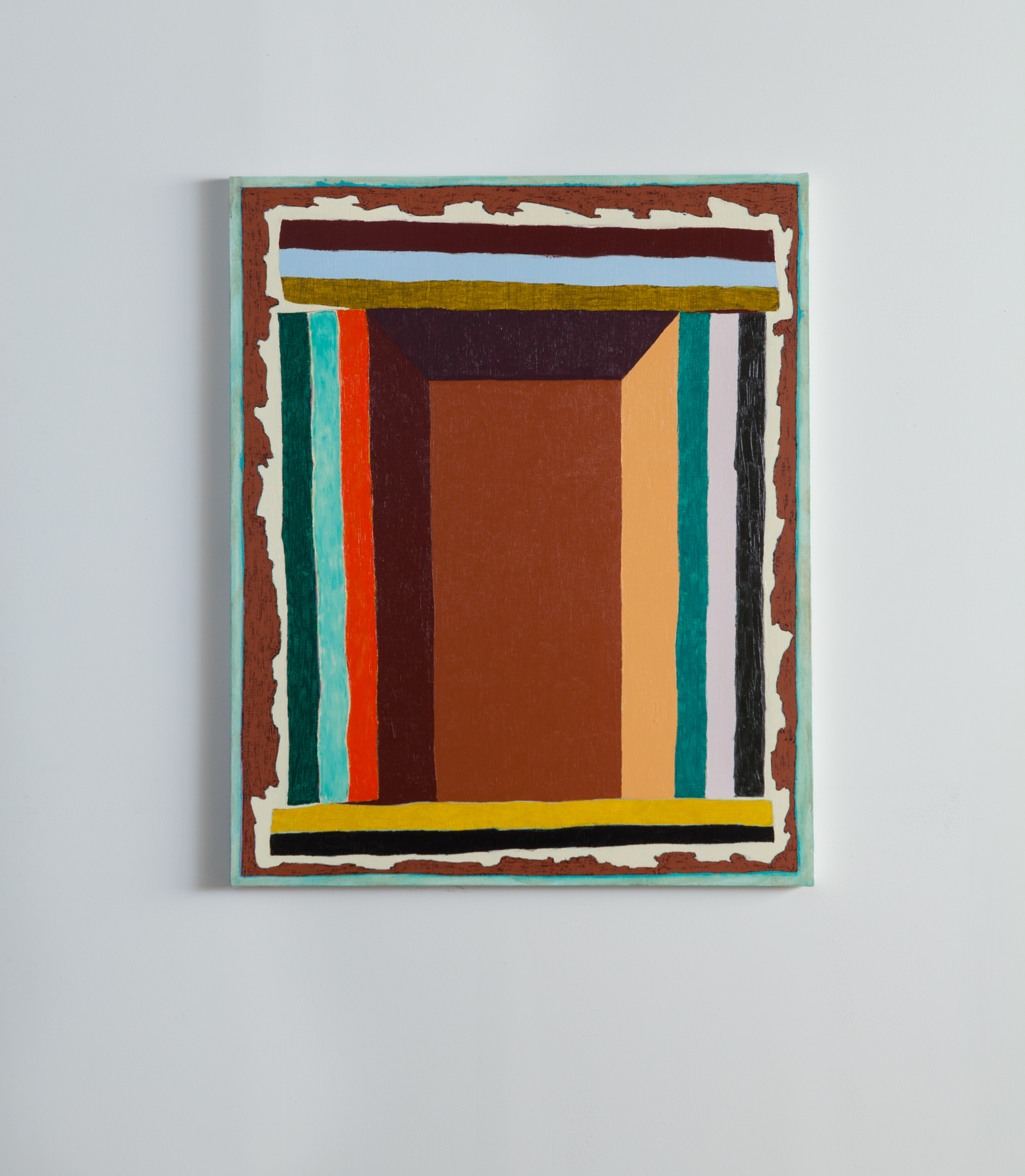 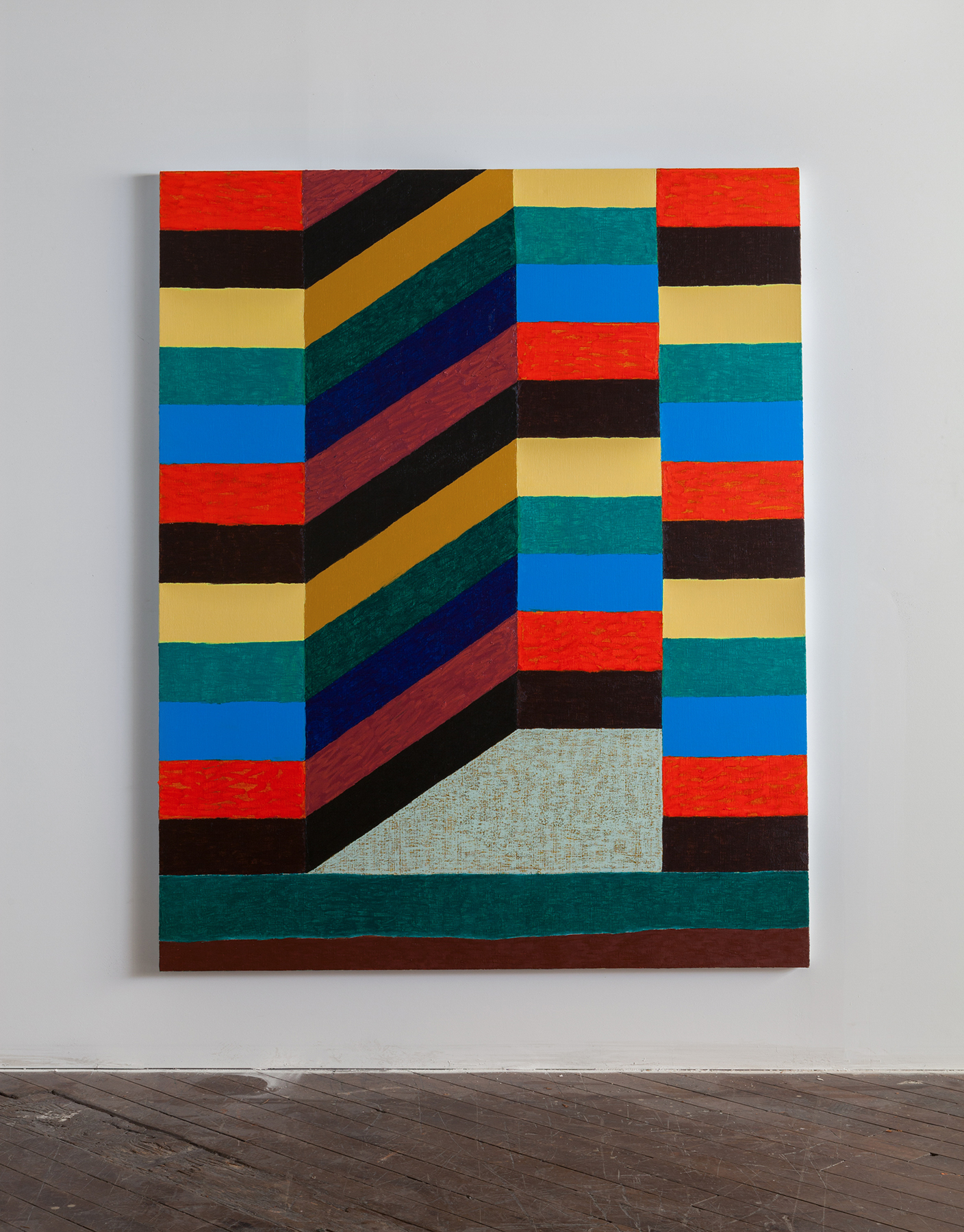 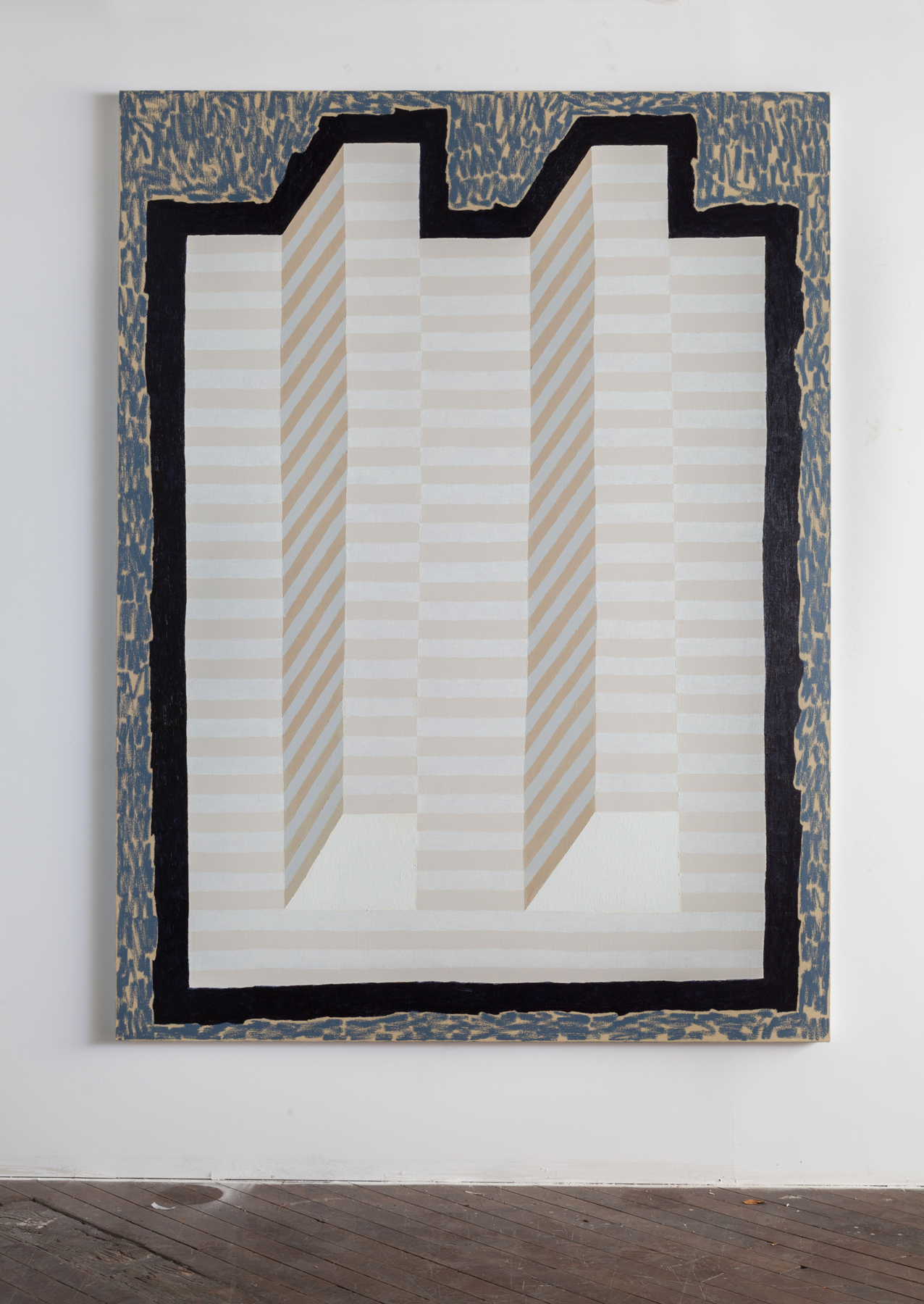 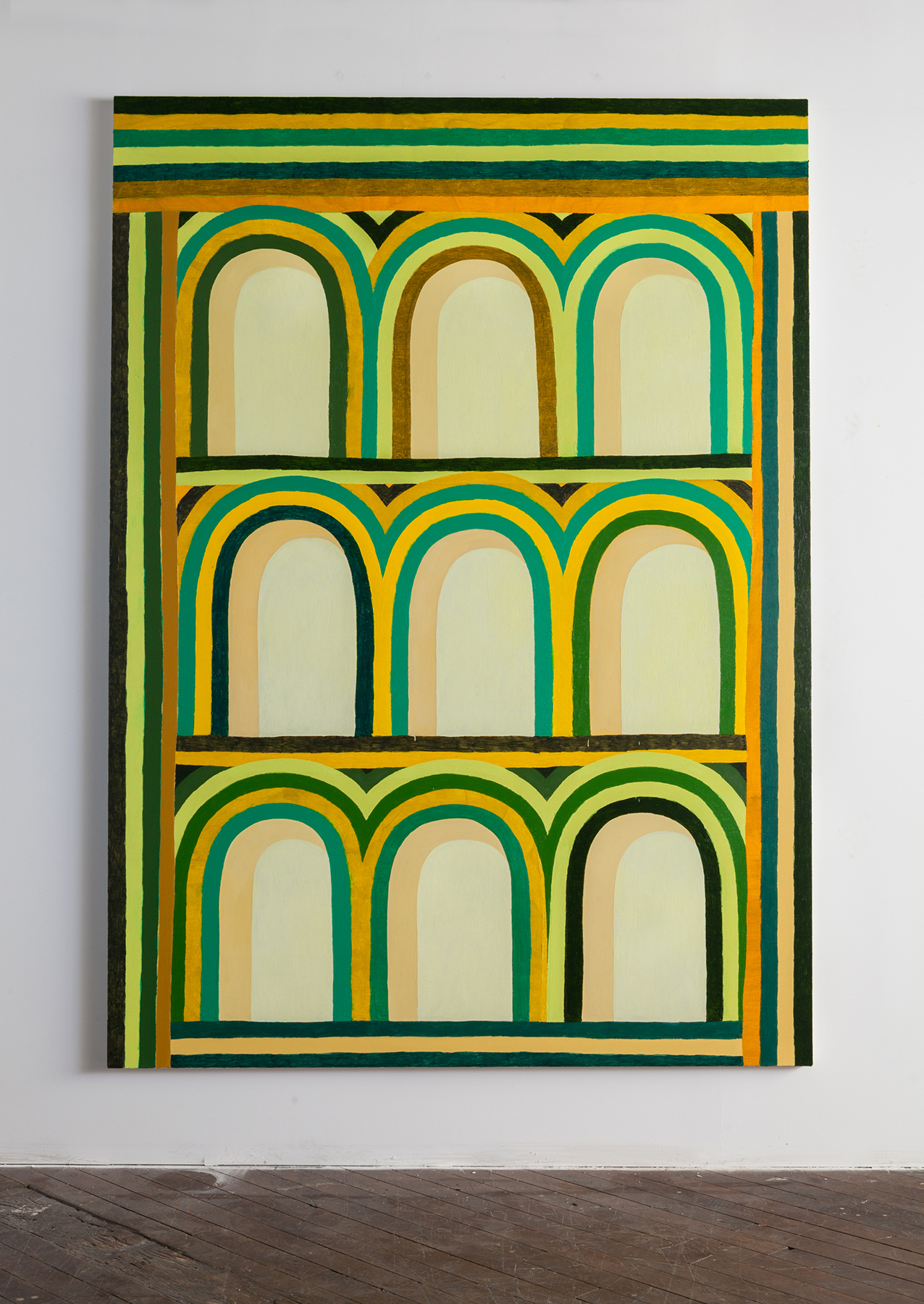 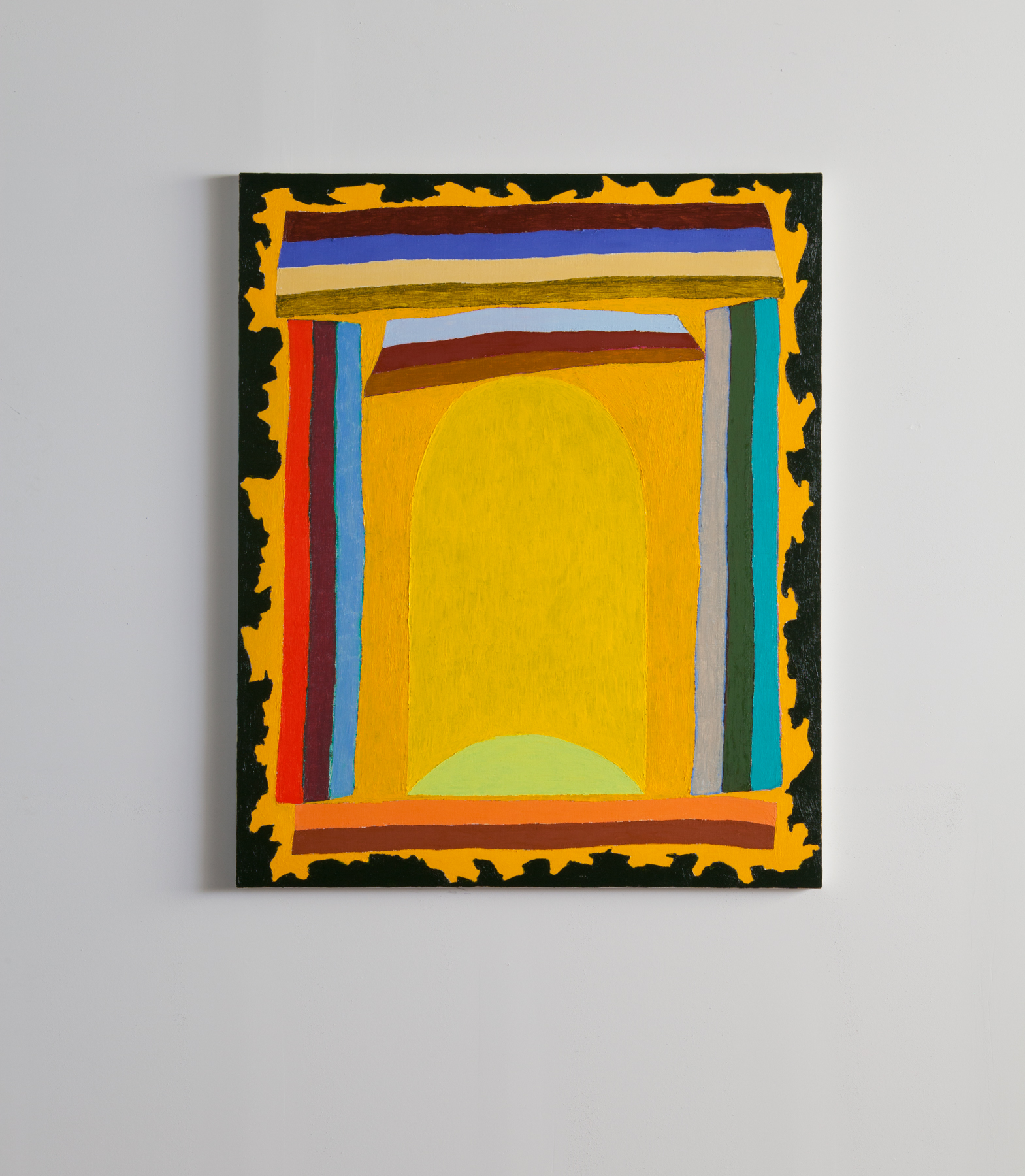 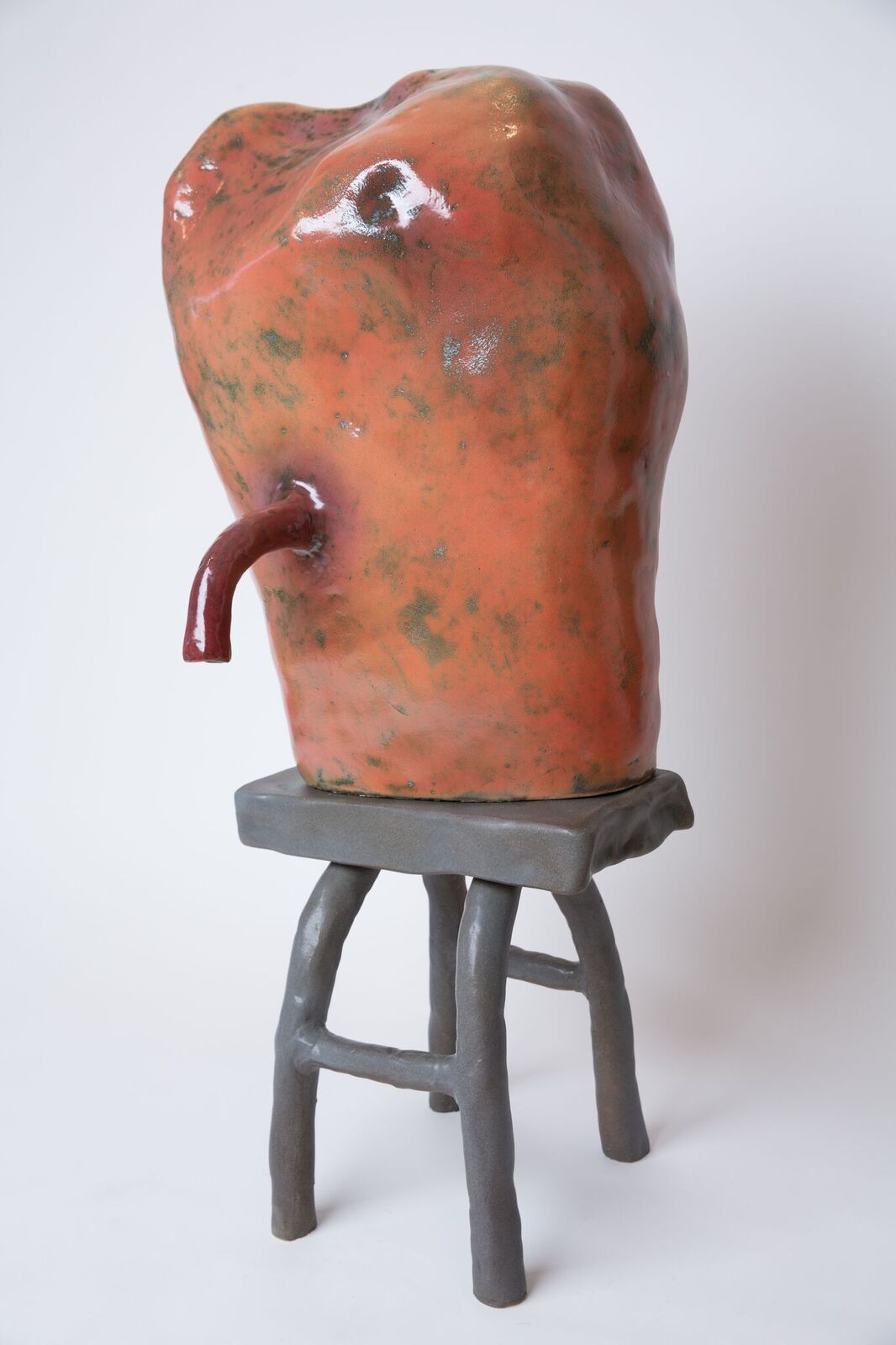 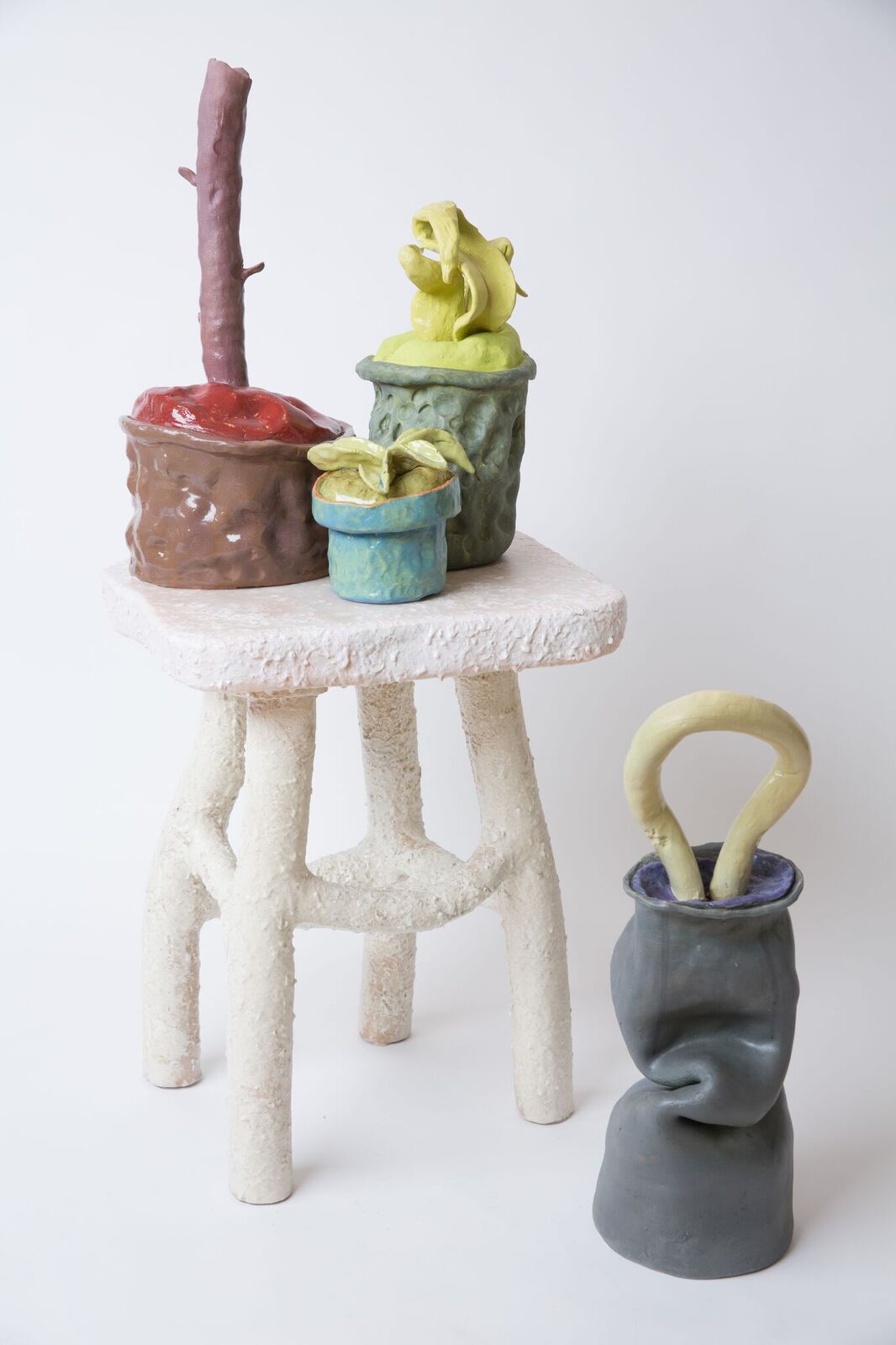 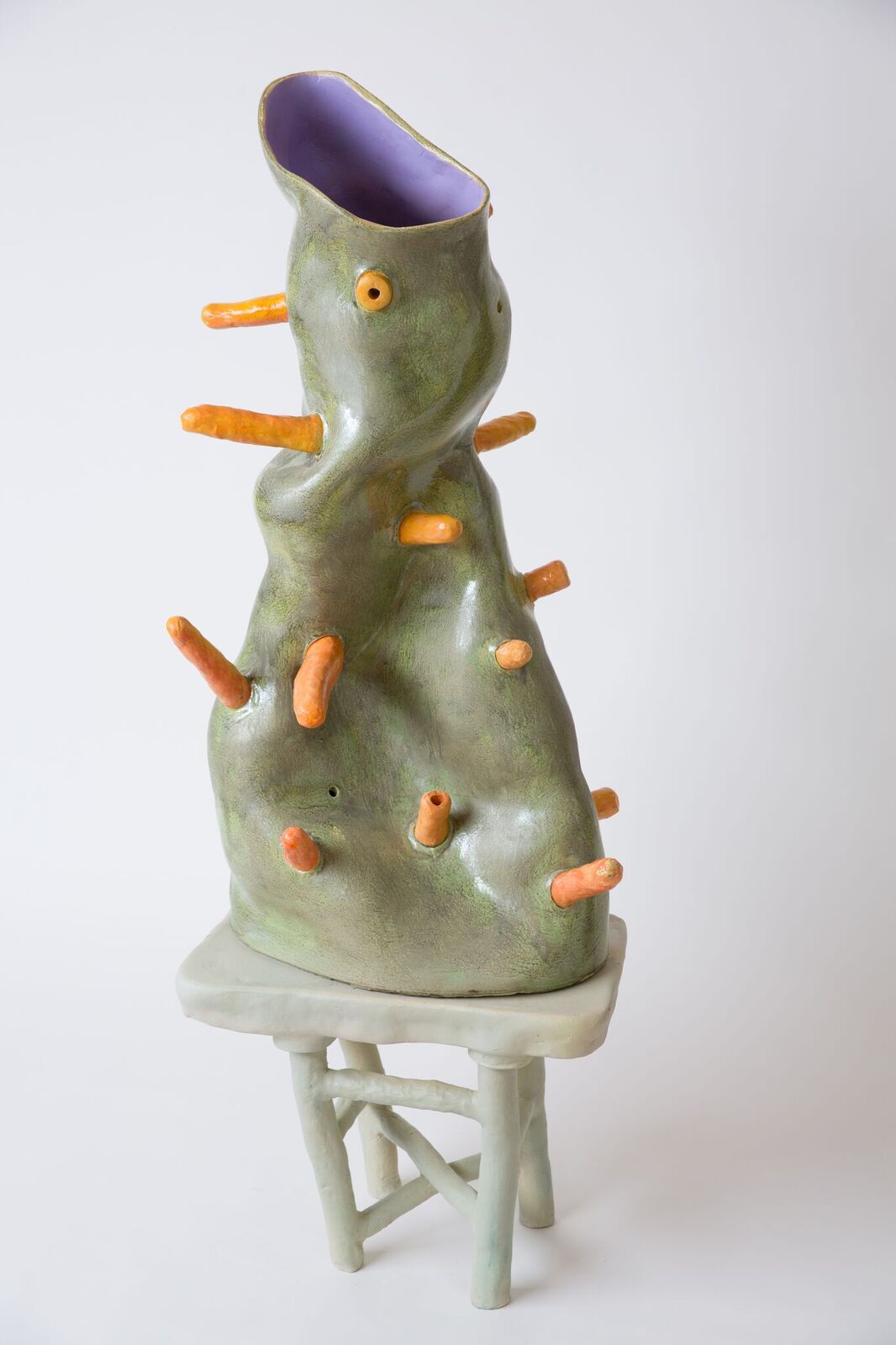 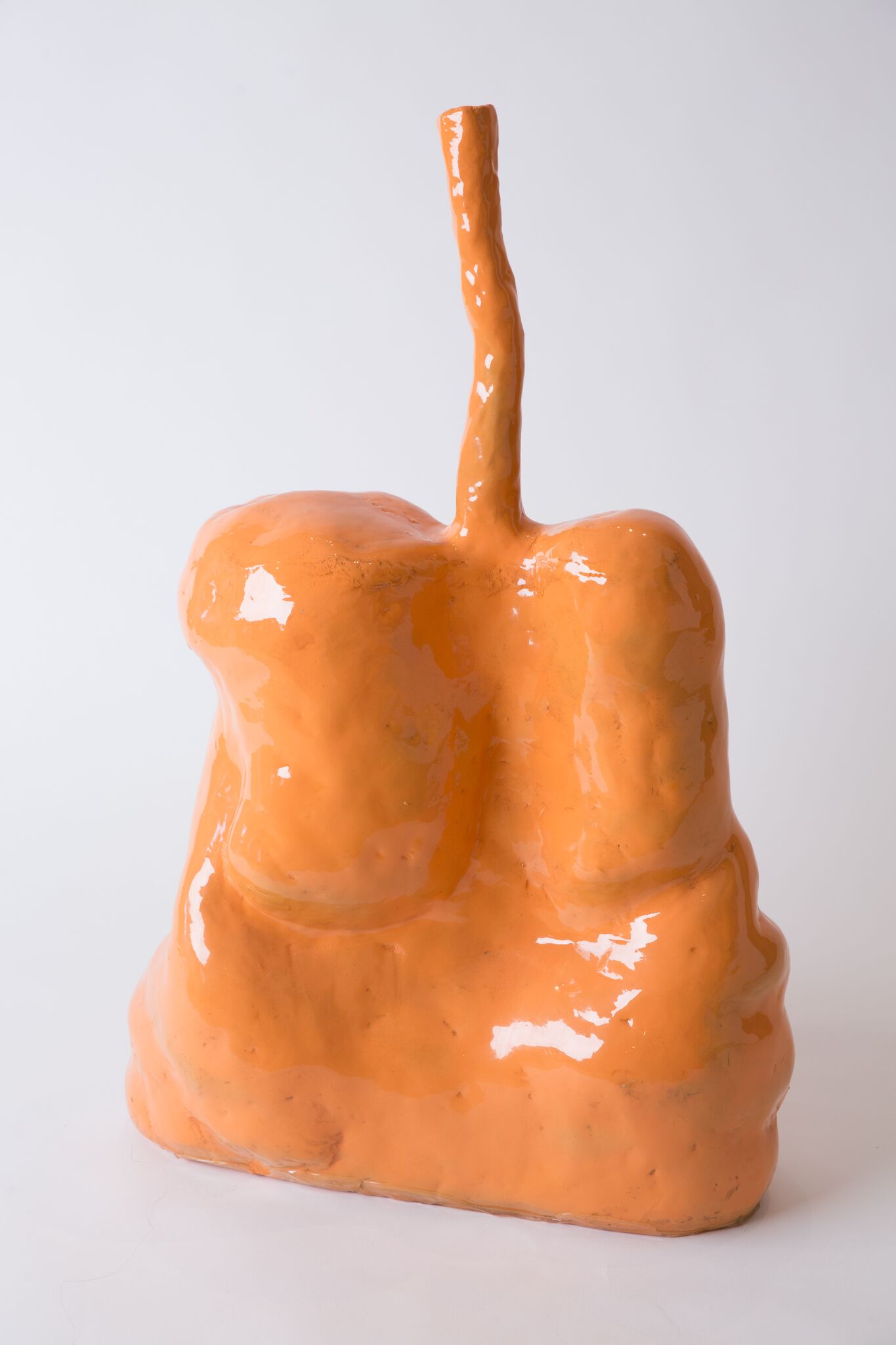 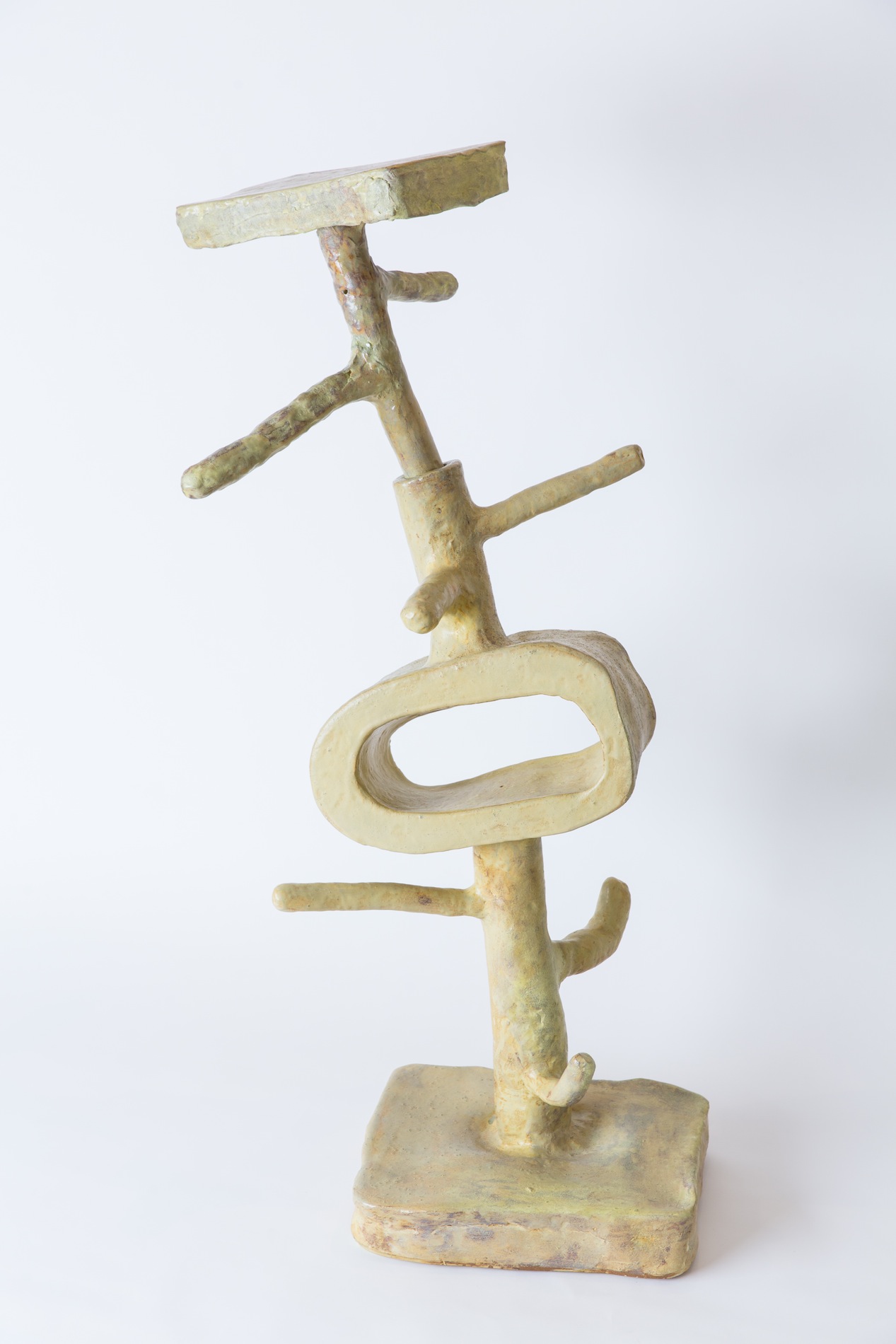 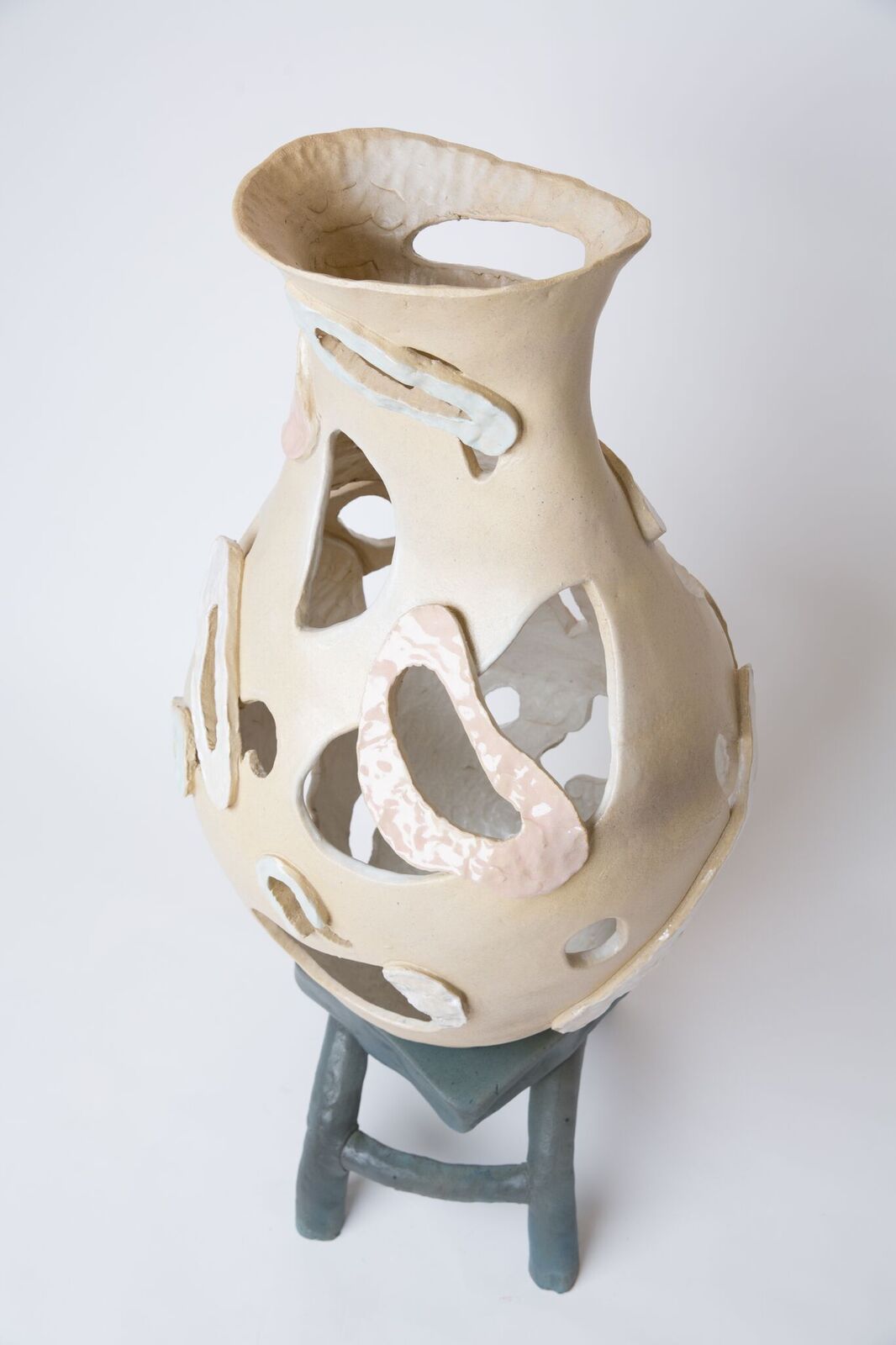