Johansson Projects presents Fractured Fauna, a new series by Misako Inaoka, in which hybrid creatures opt to be upholstered instead of taxidermied.

Inaoka’s newest sculptures depict a herd of ever-ambiguous creatures locked in an eternal state of transformation. Two headed dogs and headless deer are two animals in the clan, each adorned with decorative skins resembling an antique couch or perhaps a disco ball.

In this series, Inaoka continues her exploration of the wilderness, the home, and the space where these two intersect. The artist offers up an alternative scientific theory through her sculptures, in which our influence over the natural world doesn’t lead to endangerment or extinction, but rather an uncanny remodeling of mother nature’s handiwork.

In Inaoka’s topsy turvy world, where natural patterns and artistically rendered motifs are nearly impossible to distinguish, human influence is less of a threat, more of an opportunity for redesign. Yet few man-made ornaments can compete with the odd beauty and unnerving grace of a deer’s sinuous spine, curving downward, leading nowhere. 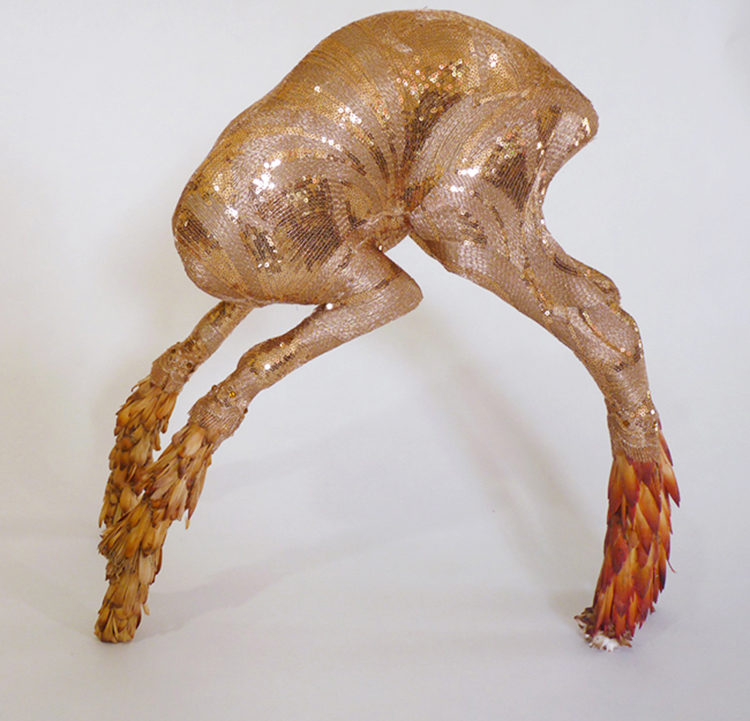 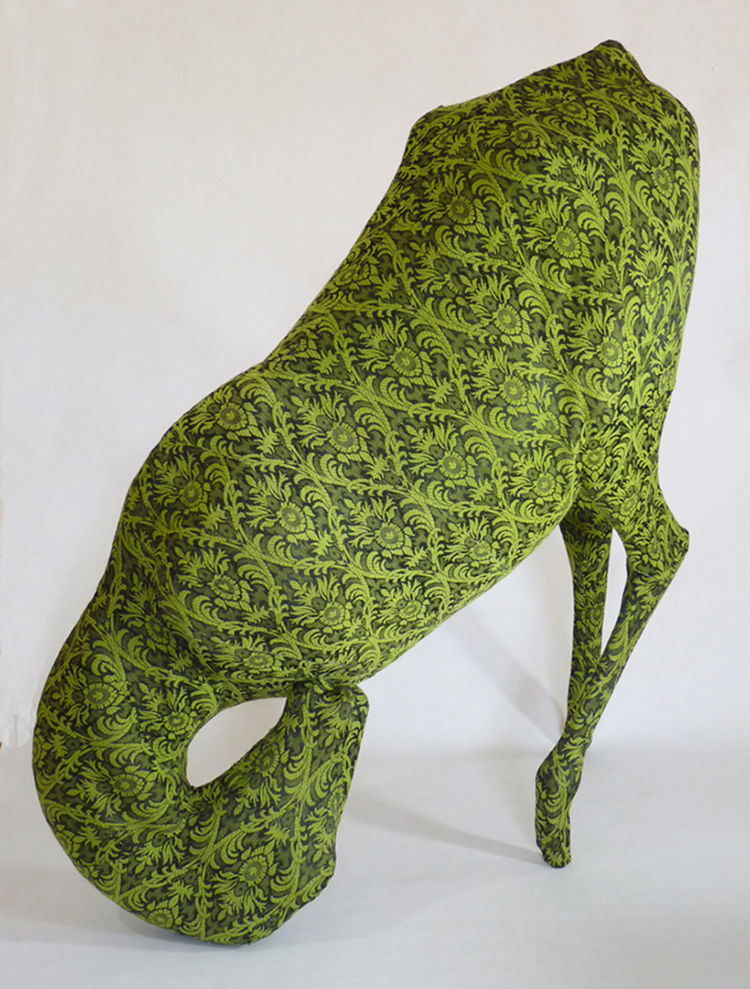 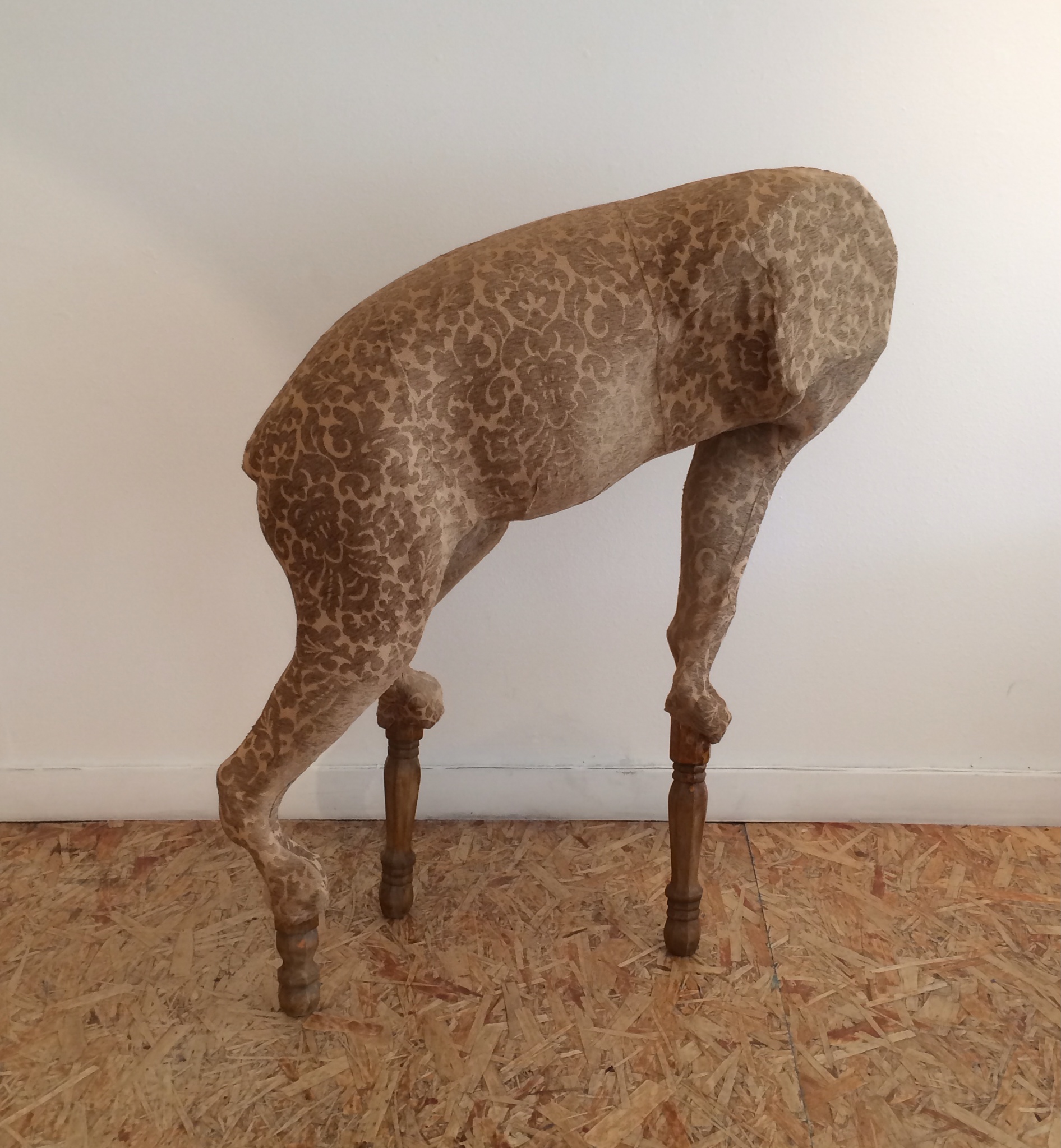 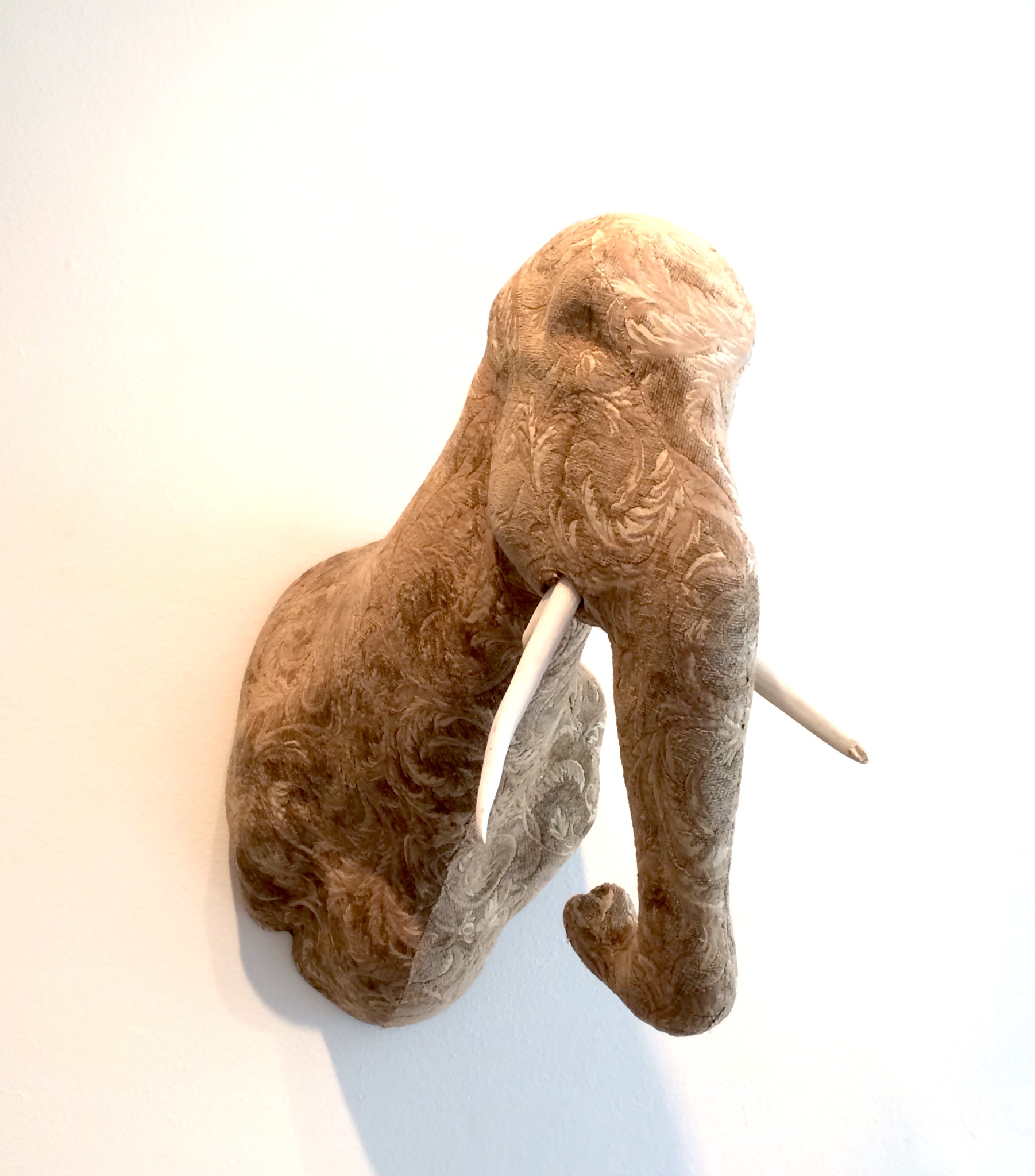 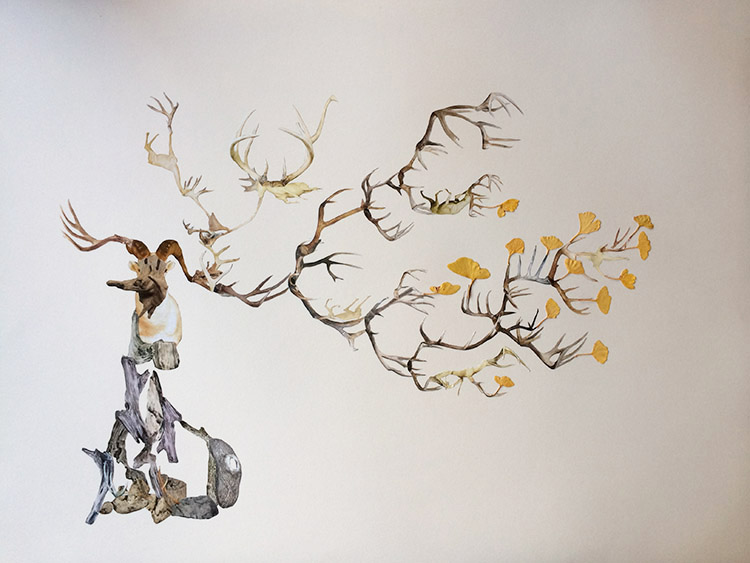 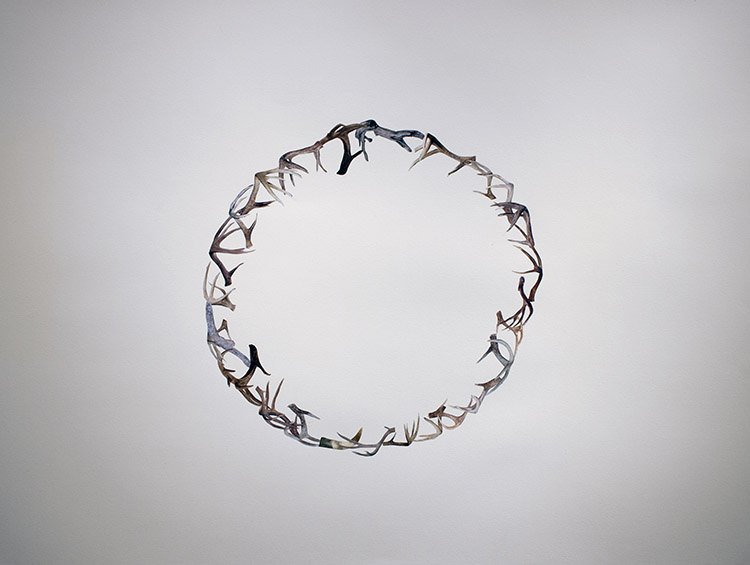 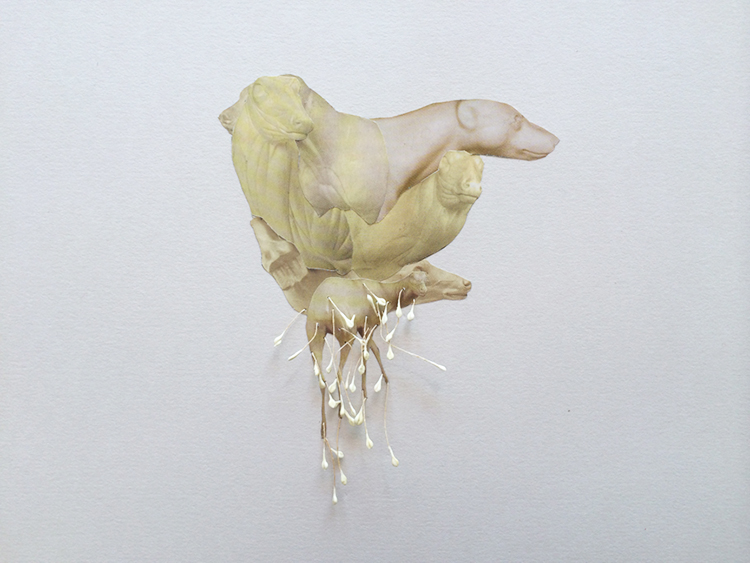 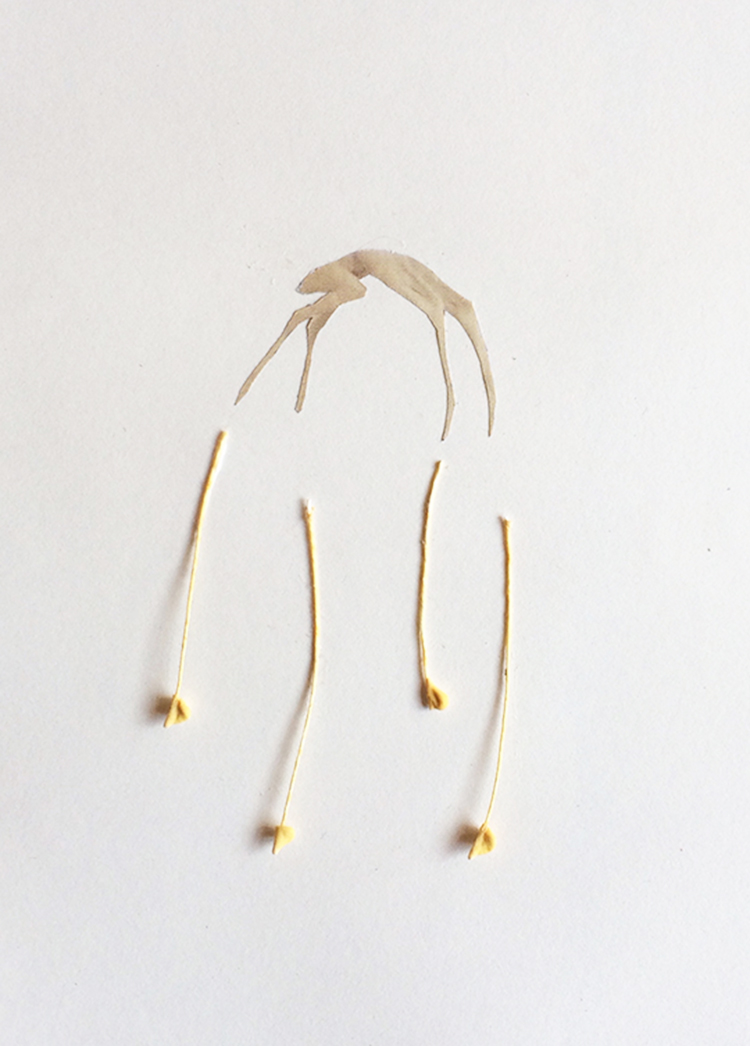 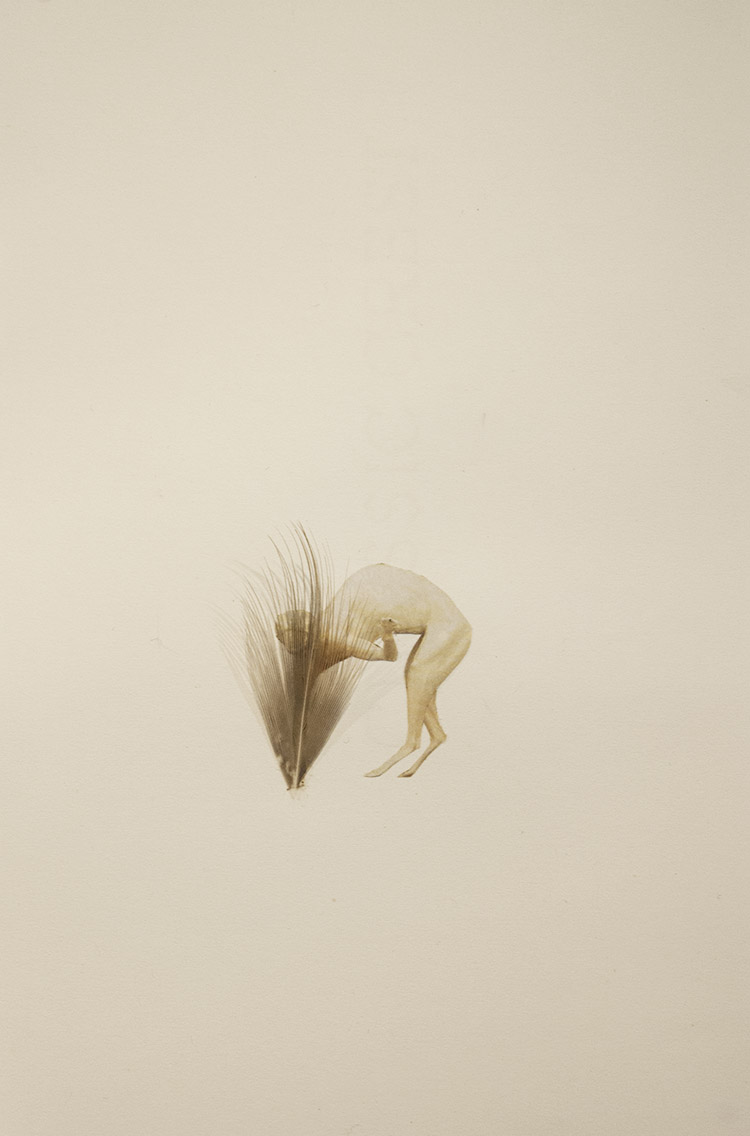