In a time when technology so often distracts and displaces, Craig Dorety’s work uses pixels, LEDs, digital images and filters to stimulate focused reverie. In Continuum, Dorety’s meditative sculptures use vibrant, animated gradients of light to extract movement from static images of natural phenomenon such as sunsets and flowers. He expands on the particularities of these subjects by way of their sculptural shapes, bringing the viewer face-to-face with the limitations of perception. Through its creation of illusory depths, the work is often hypnotic, suspending the senses between voids in surfaces while employing minimal forms to achieve maximum effects.

“Everything changes over time. Even an oil painting slowly changes: colors fade, paint dries and develops cracks, the canvas embrittles or shrinks or warps. I like to experiment with time in a more immediate sense. I take static photographs — which are captured moments in time from a specific perspective — and stretch them into the fourth dimension. In essence, I use microcontrollers and code in a series of abstractions to turn space into time. Conceptually, this re-animates that captured moment-perspective, but in a highly abstracted way.”

Craig Dorety (b. 1973 in Oakland, CA) graduated from U.C. Davis in Mechanical Engineering with an emphasis in Automation and Control Theory in 2006. Dorety builds custom electronics that express the complicated, bigger ideas he’s developed from experiencing occasional ocular migraines and also synesthesia. Contemporary artist Jim Campbell has been influential to his practice, as Dorety worked as a design engineer in Campbell’s studio, and the two have collaborated on a number of pieces together. He has exhibited at the Thoma Foundation’s Art Vault (New Mexico), where his work resides in the foundation’s Digital and Media Art permanent collection. His work has also been shown at the Yerba Buena Center for the Arts (San Francisco), the Orlando Museum of Art (Florida), the Knoxville Museum of Art (Tennessee), the Hunter Museum of American Art (Tennessee), and Johansson Projects (Oakland). He was an artist-in-residence at the esteemed Instructables/Autodesk AIR program at Pier 9 (San Francisco) and an award recipient from The California Foundation of the Advancement of the Electronic Arts. He currently lives and works in Portland, OR.

We use our senses to help us understand our position in space-time. Vision is our main sensory input for the world we exist in. The human brain has some built-in limits beyond which it cannot properly interpret visual information. I use this limit to express the workings of the subconscious. Also embodied in my work is a sense of scientific realism; the elements and information of a natural system can be reduced and modulated and still exhibit characteristics of that natural system and to me this is proof that information is a true and robust representation of our universe. Clean lines, simple shapes, self-similarity on varying scales, and pure, changing color are my palette; information systems and data-sets are my subject matter.

I use mathematics and engineering to formulate physical space-time distortions: displaying static images through time while squeezing and folding the images’ space into 3-dimensional layers. Using industrially prefabricated LED technology and custom firmware, I collapse space and re-map it onto the time axis. By re-displaying information in this manner I give the viewer a glimpse into space-time as seen through my eyes. It’s an automatism whereby I fold my own perception of space-time in an effort to understand what it means to exist. 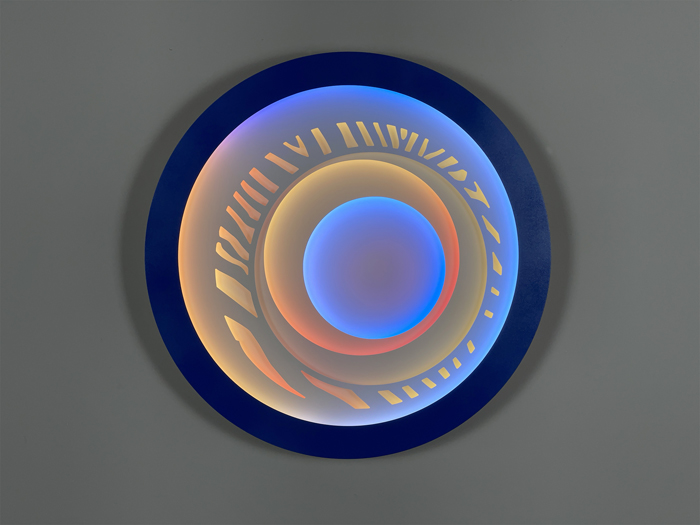 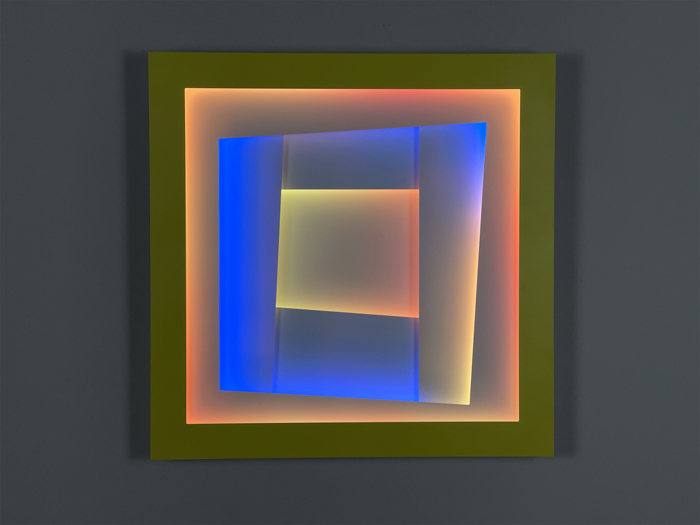 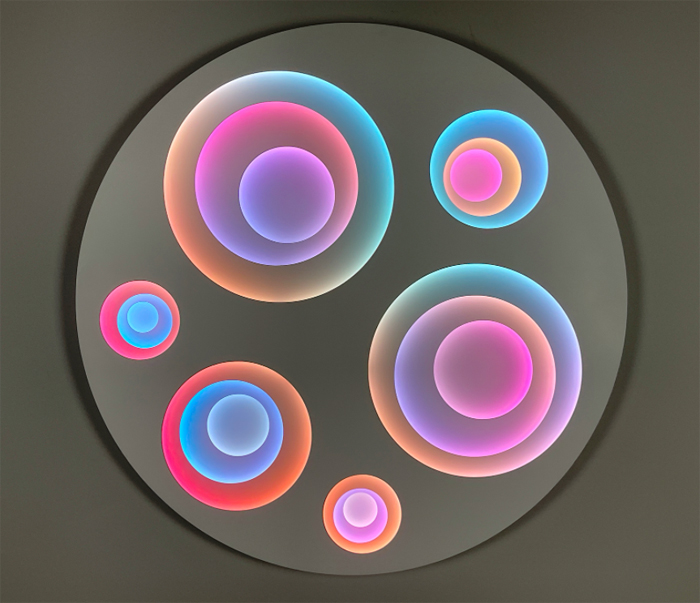 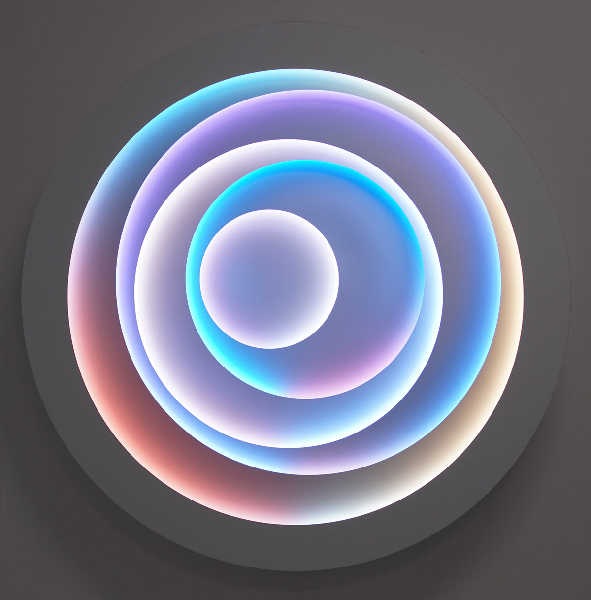 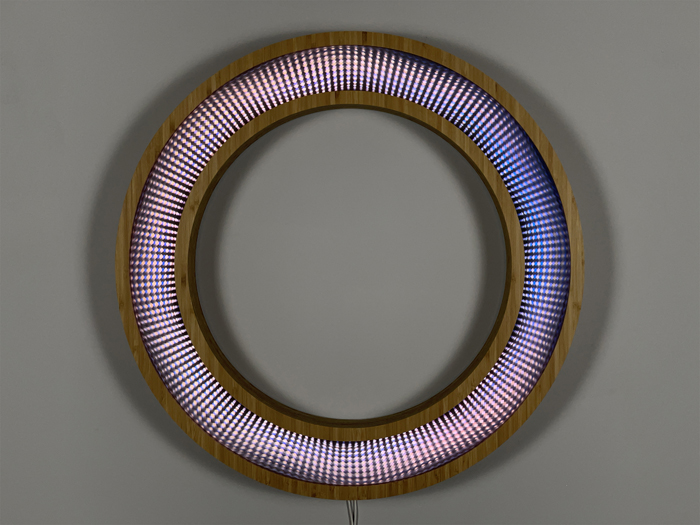