Johansson Projects presents Someday Morning, a two-person exhibition of works by Brian Scott Campbell and Matthew F Fisher. The works in this show skew toward perceptually driven portrayals of nature: a wave, the sun, a waterfall, a grove of trees, rolling hills, winding paths. Beyond these literal subjects are moods – dreamlike, dark, hallucinatory, nostalgic, meditative, calm – intended to send viewers into precious and stylized moments through time from myriad corners of real and imaginary worlds.

Working within the bounds of a tightly defined, yet painterly and expressive visual style, Brian Scott Campbell’s paintings radiate a profound stillness with their flat planes, rudimentary lines, simple shapes, and thickly outlined objects. Seaside landscapes, country homes, and other bucolic scenes are simplified geometrically, and rendered in a muted palette of predominantly blue and gray hues. Campbell’s scenes are notably absent of people, yet the imagery is intended to reflect the idea of memory itself through a collection of real and fictional experiences. His use of flashe, a vinyl based paint that dries in particularly thin layers, captures traces of Campbell’s hand, preserving a complicated mesh of variable brushstrokes. Hints of bare canvas appear through thin washes, emphasizing the paintings’ material nature and placing a categorical distance between the viewer and the work as an aesthetic object. His paintings evoke Outsider art, as well as reference the grainy, roughly drawn work of Jean Dubuffet. Colin Edgington writes about Campbell’s work: “Campbell’s use of flashe, a vinyl-based paint that dries with a matte surface quality accentuates the texture of the gessoed canvas which peeks through the artist’s brushstrokes. These works are not made to provide a sense of realistic space and are not windows per se, but rather are representative of an interior sensation in which light emanates from sources unknown, carried along by the image itself.”

Matthew F Fisher recently found a Greek word that translates to “season of long days.” He interpreted that season as being Summer, and the imagery in the works, inspired by childhood memories going to the beach, beckons that ethos. He describes this latest series as “a love letter to the past written in the present thinking about the future.” Drawing on these memories of spending time near the water and contemplating the vastness of the ocean, Fisher often paints seascapes featuring recurring motifs–the rising and setting sun, waves, solar system, shell, ocean, lake. These powerful natural bodies potentiate big picture thinking, conducting a sense of calm and nostalgia. In one memory, he was driving over the bridge to the shore and saw a hotel sign with a jumping sailfish. At that punctuated moment on the road trip, fifteen minutes away from his destination felt like fifteen hours. This is the inception of his imagery coalescing with echoes of time. Fisher works methodically with astounding detail and depth, laying down a multitude of layers of acrylic and ink in one drawing or painting. The richness of his meditative process emulates a certain specificity found in nature, emanating quietude, captured and suspended in time. His objects are rendered with such dimension and volume that they appear sculptural against flat, gradient backgrounds.

A powerful aura of nostalgia connects these two artists’ works depicting landscapes and elements of our natural environment. They each tap memory and firsthand experiences that can be equally perceived as universal. The works invite earnest contemplation, the opportunity to get lost in real and imaginary worlds.

Surf Simply Magazine, “Drawing Everything Out Of Nothing” | 2020, by Kim Feldmann
“In a way, my paintings exist within the reality of one’s memories. When we think of a particular wave, rarely do we recall an exact wave. Just like sunsets, rocks, and seagulls. Instead, our minds summon a collection of waves and create a facsimile of what waves are. My images are not real; rather, they are idealistic representations of what we thought we saw. In that sense, everything is real.” Link

Dateagle Art, “Pastel Hues and Mesmerising Blues”, | Dec 19 2018, by Lara Mono
“Matthew F Fisher’s paintings of nowhere beaches and organic forms continue to develop, as does their synergy with the sun-soaked city. Fisher’s distinctive horizon line paired with rock motifs, beach and sand are complimented by his colour palette, which is defined by his use of pastel hues and mesmerising blues. The artist celebrates his choice of imagery for being both universal yet deeply personal, and continues to follow the rule: ‘no layer will be painted only once’, which ultimately creates work that forms a unique density of colour and texture.” Link

Metal Magazine, “Abstract Nature” by Arnau Salvadó
“’The true paradox of these paintings is that they really are about nothing. At the exact same time, they are about everything, which is the magic of abstract painting’, tells us Matthew F Fisher, whose exhibition Soft Nature is on view at Ochi Projects in Los Angeles until February 16. Get to know his sunsets, sunrises, blooming flowers, fish and giant rock – a beautiful portrayal of his ‘amazement of Mother Nature and her power’” Link

Juxtapoz, “Matthew F Fisher’s Portraits of Beachscapes In ‘Into the Blue’”, | February 2018 by Sasha Bogojev
“..Both his ink drawings and acrylic paintings have the aesthetics of vintage futuristic air-brush art, notable through use of precise gradients, conspicuous line work, or bold space imagery. This glossy finish and careful construction is in direct juxtaposition with Fisher’s evident hand drawn technique, which adds an indisputable charm to finished works. This contrast is emphasized in almost realistic details such as beach sand which are painted using 10-15 layers of tiny dots in different shades, applied using an old toothbrush. This particular element also confirms his dedication to producing hand-drawn work, using common materials and techniques. Portraying moments that might have happened or will, the NY-based artist freezes these once-in-a-life-time moments into harmonious, perfectly composed images, where just about everything aligns wonderfully…” Link

SF/Arts Monthly | February 2018 by Christian Frock
“Evoking the graphic tendencies of 1970s landscapes, the paintings of Matthew F Fisher resonate with a kind of uncertain nostalgia, simultaneously occupying a bygone era of aesthetics and contemporary painting. These highly stylized works draw comparisons to the strange surrealism of Magritte, with undulating water and haloed moonlight as recurring motifs.” Link

Greenpointers: “Thursday Spotlight: Life After Greenpoint, Catching up with Matthew F. Fisher” | February 1, 2018 Madeline Ehrlich
“Leaping synchronized waves, stoic ocean rocks, and tides peeling back to reveal glittering sand are all seemingly familiar imagery, but now with a West Coast influence…”The paintings are almost like this snapshot, or a wink in time I am capturing”…A lot of the imagery comes down to a boyhood wonder of the greatness of this universe and trying to understand how we fit into this cosmic ballet.” Link

The aerial and geometrical logic of the landscape by Brian Scott Campbell | June 16, 2022 by Maria Vittoria Pinotti
“In this way, the artist portrays from the landscape what manifests itself only phenomenally with a deliberately pure style, and here the light-soaked strokes seem precisely those of a “child” following an aerial and geometric logic, adept at bringing back the fluidity of natural environments.” Link

Brian Scott Campbell | March 10, 2021 by Benjamin Terrell
“[Campbell] paints similar states of in between, like embers or boats that float in anticipation of being boarded. His landscapes are cocoons, vessels or Otis elevators where the viewer is taken elsewhere to emerge.” Link

Come Together: “Whole Cloth” at SITE131 | March 9, 2020 by Michael Frank Blair
“The evidence of Campbell’s mastery is in how little he feels compelled to “prove” it in the obvious ways. He focuses on the thinnest sliver of ground between materiality and pictoriality.” Link 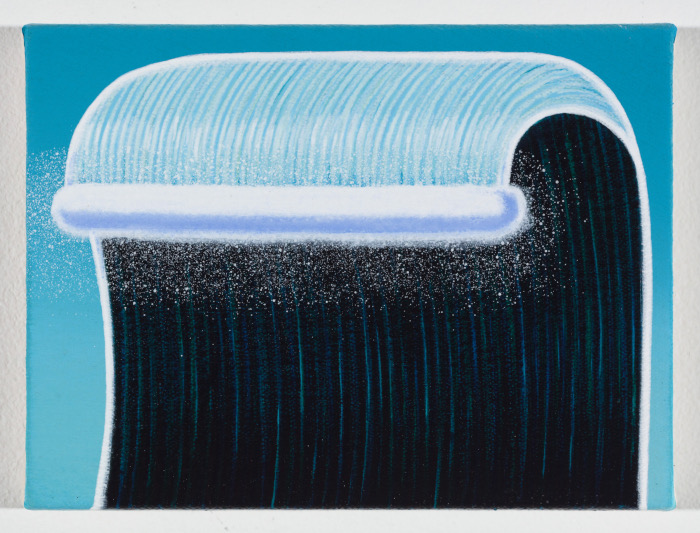 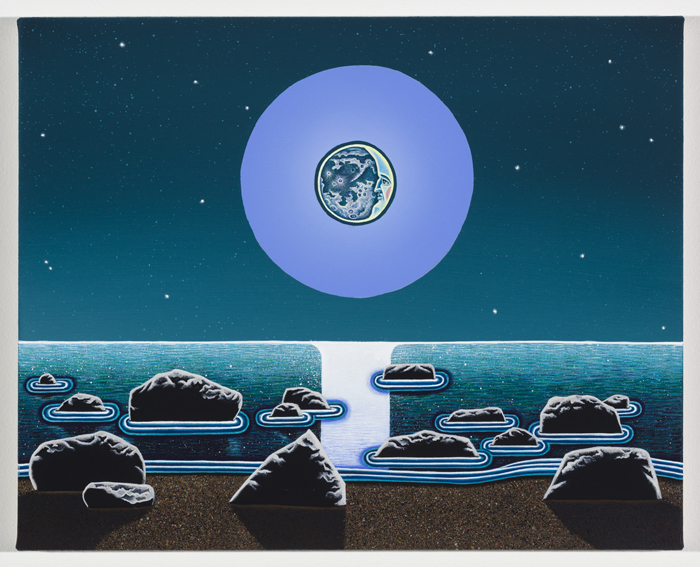 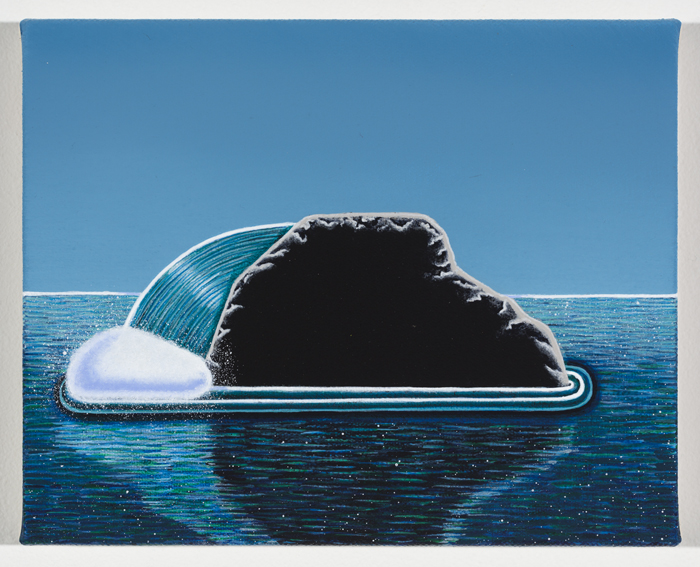 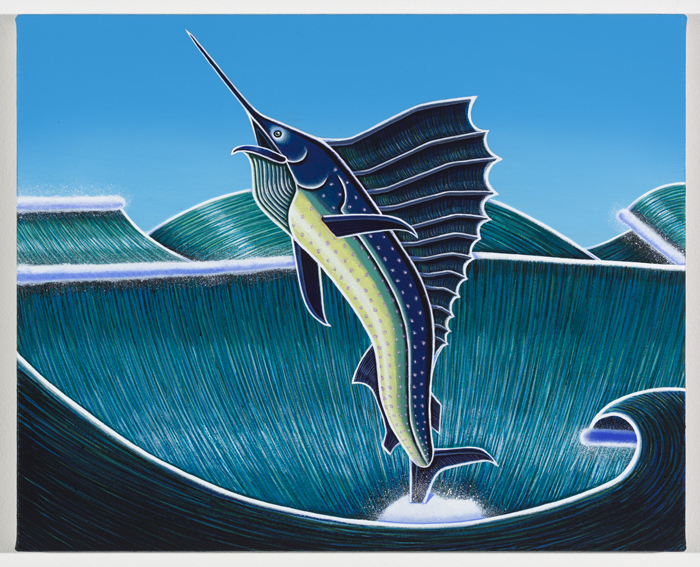 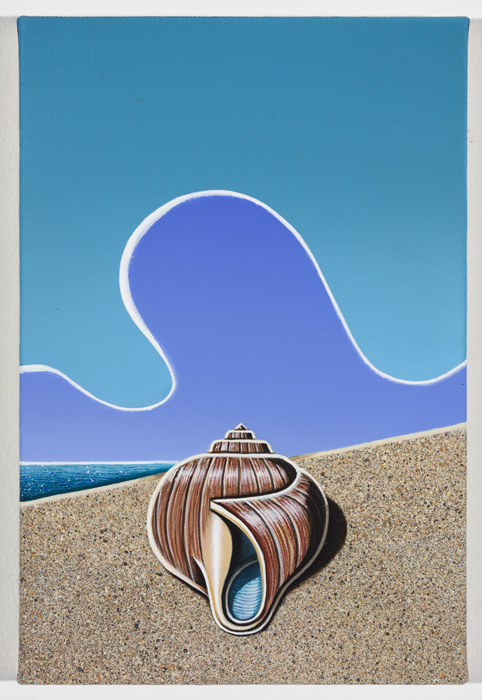 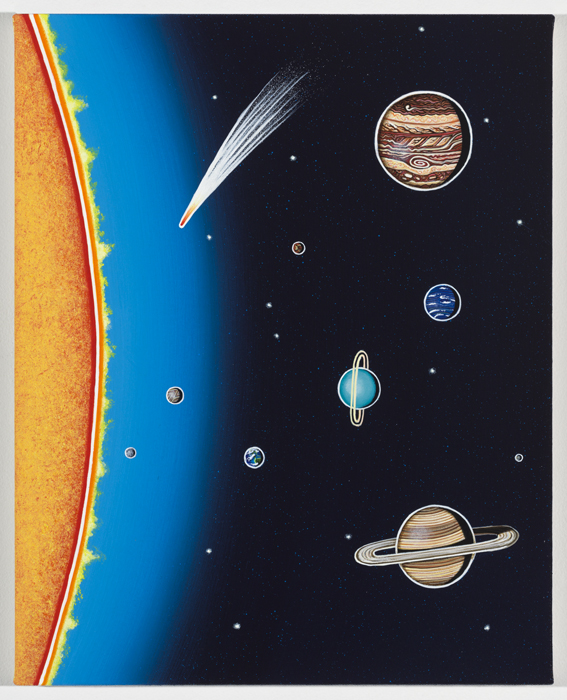 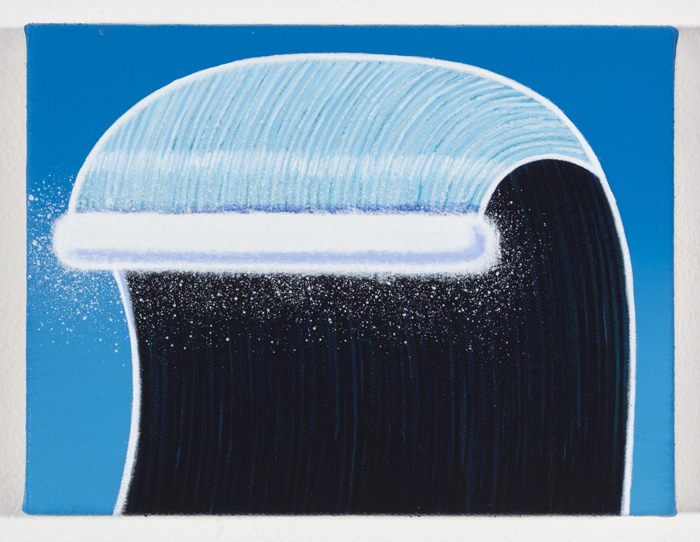 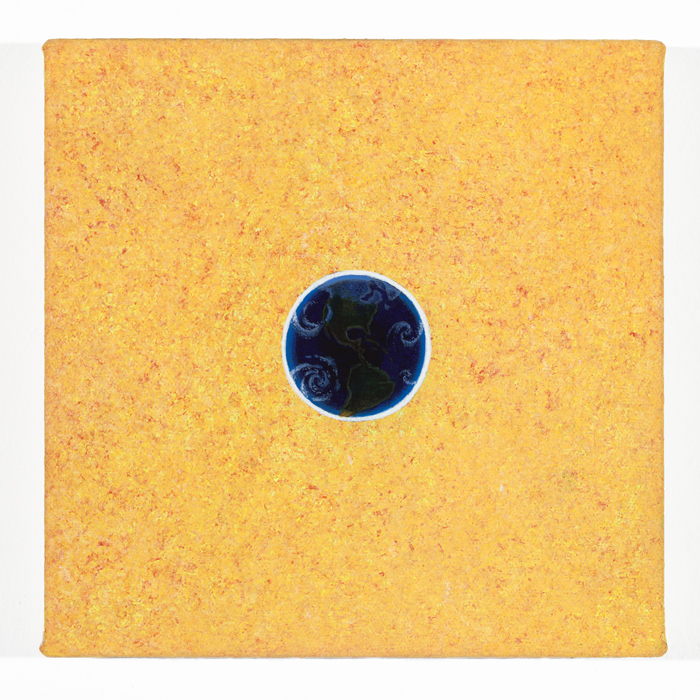 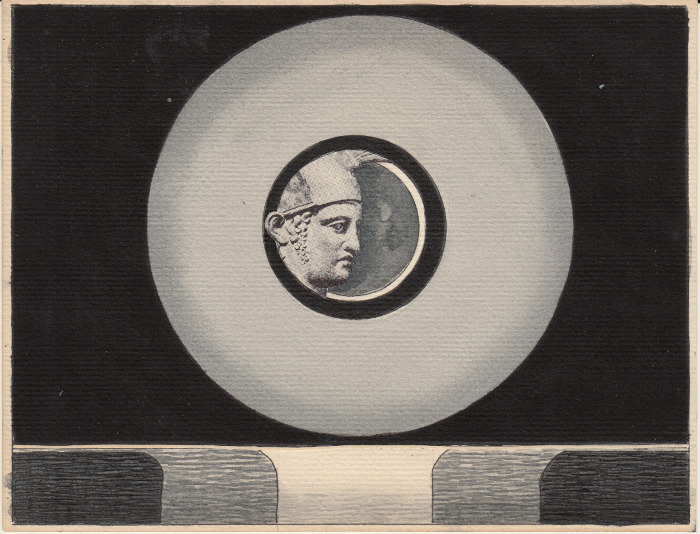 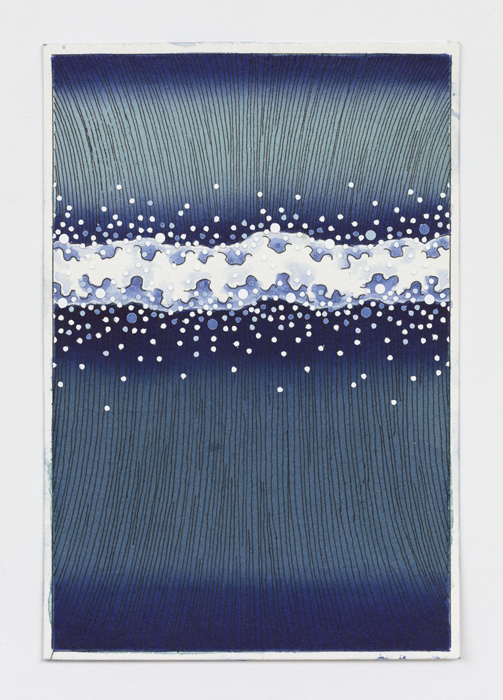 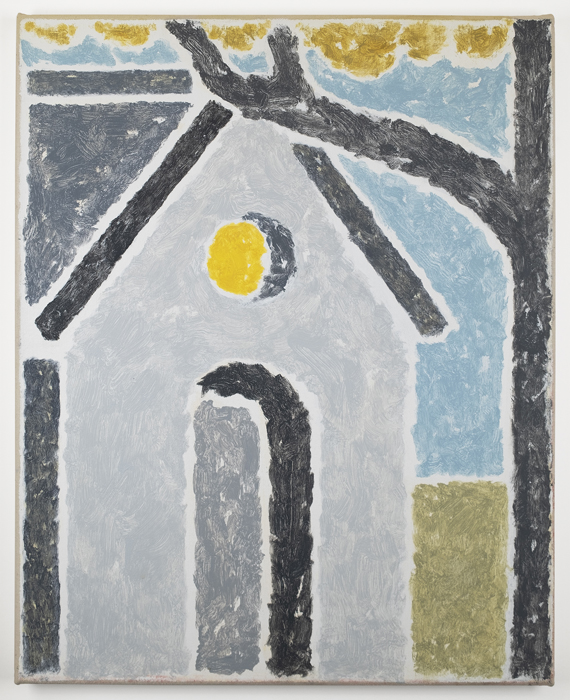 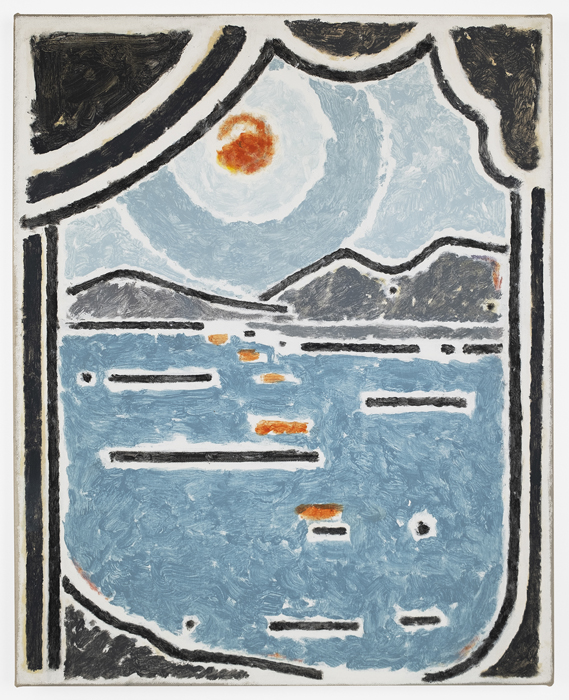 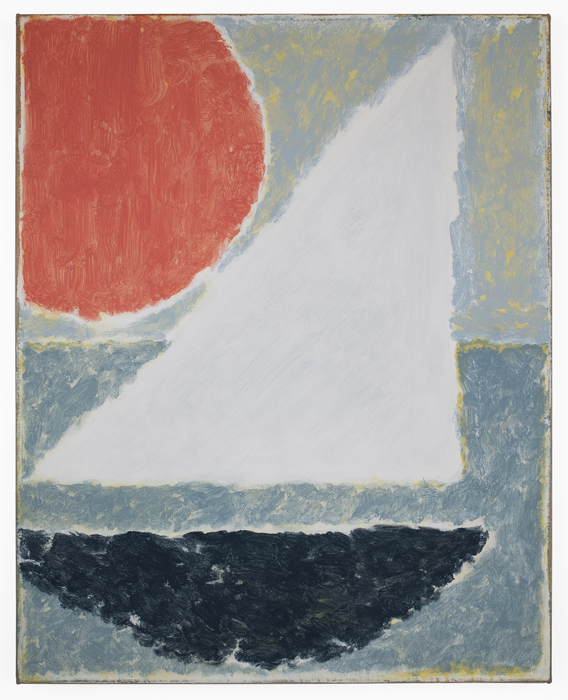 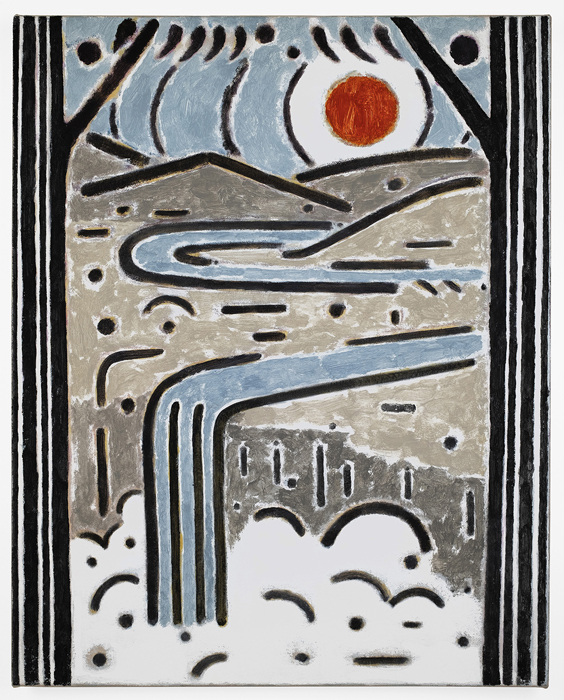 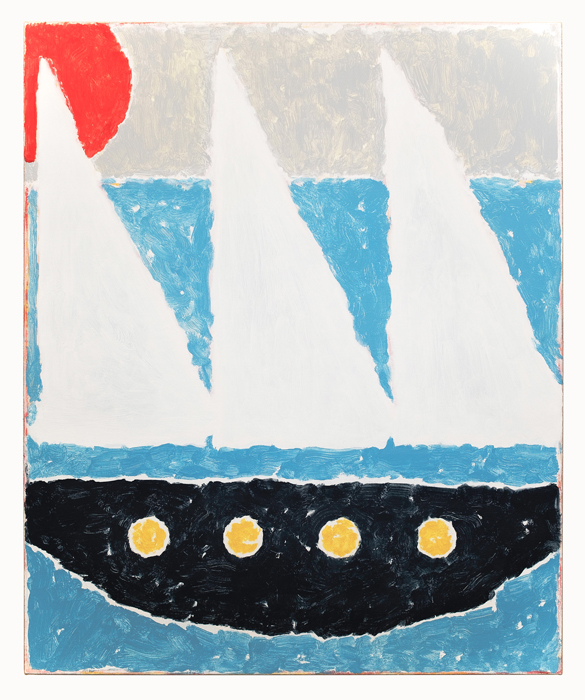 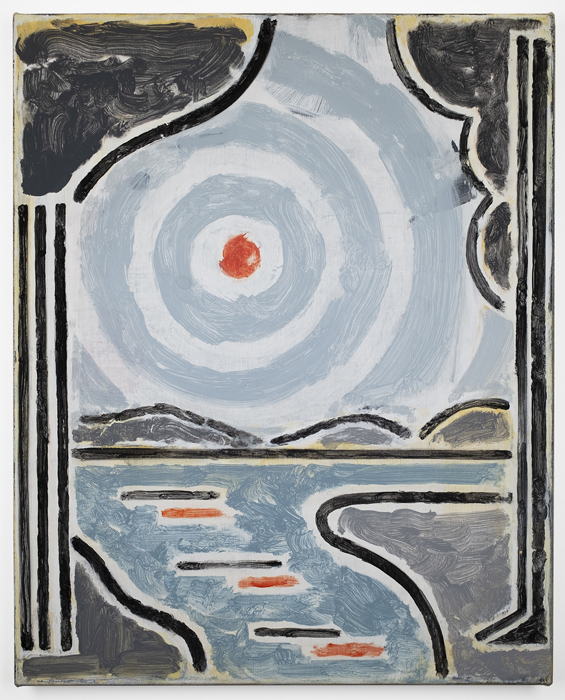 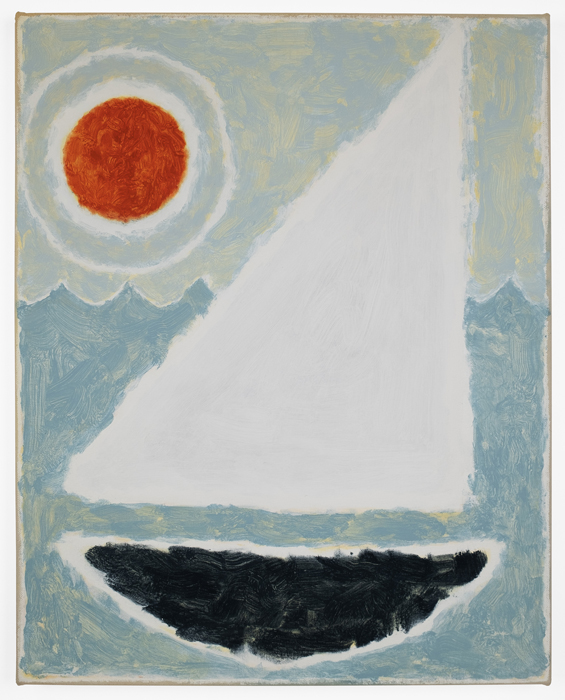 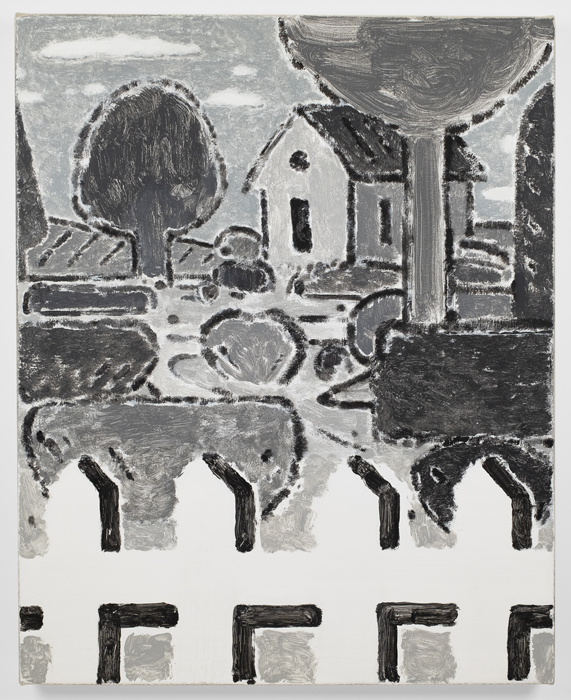 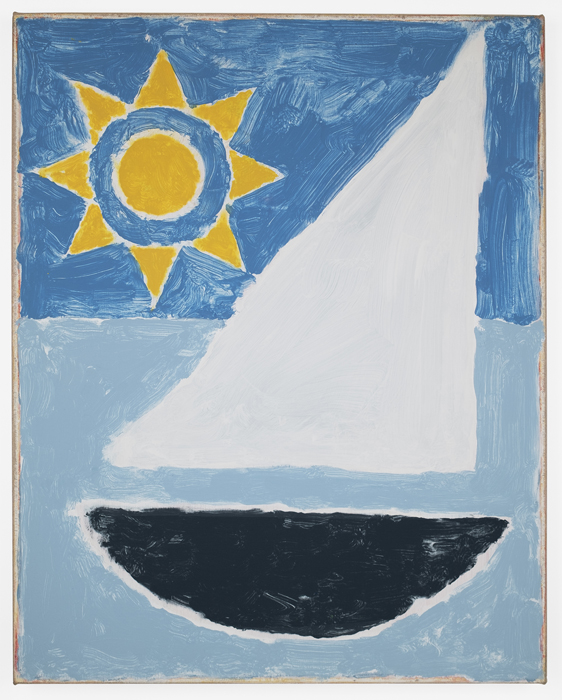 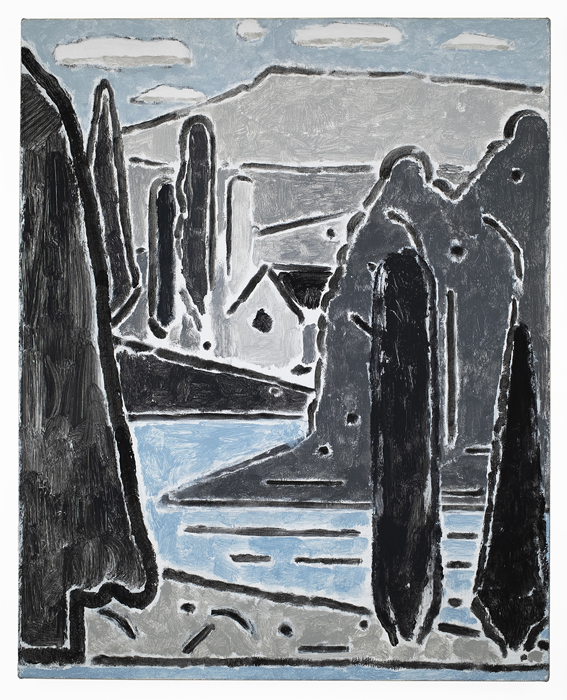 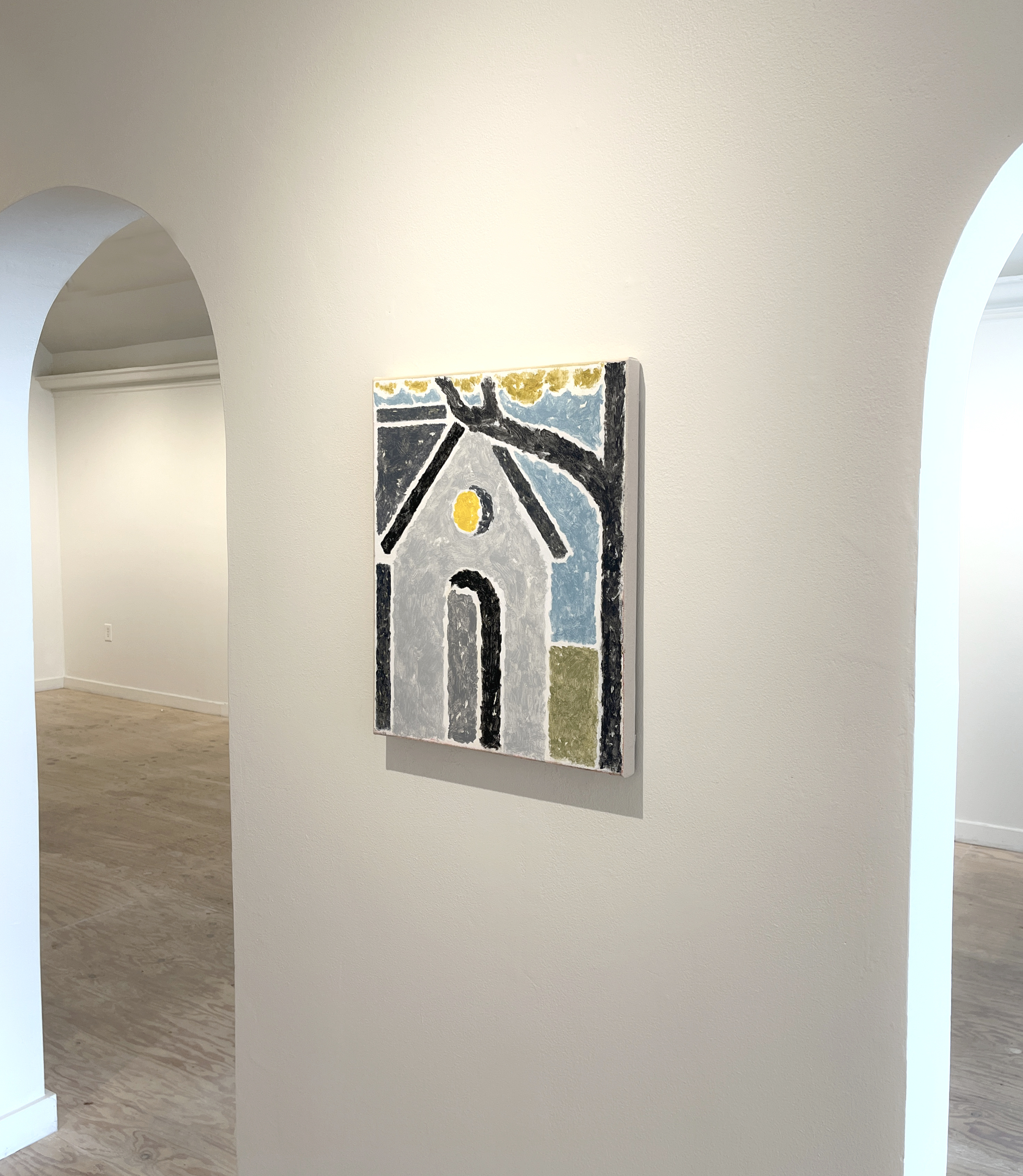 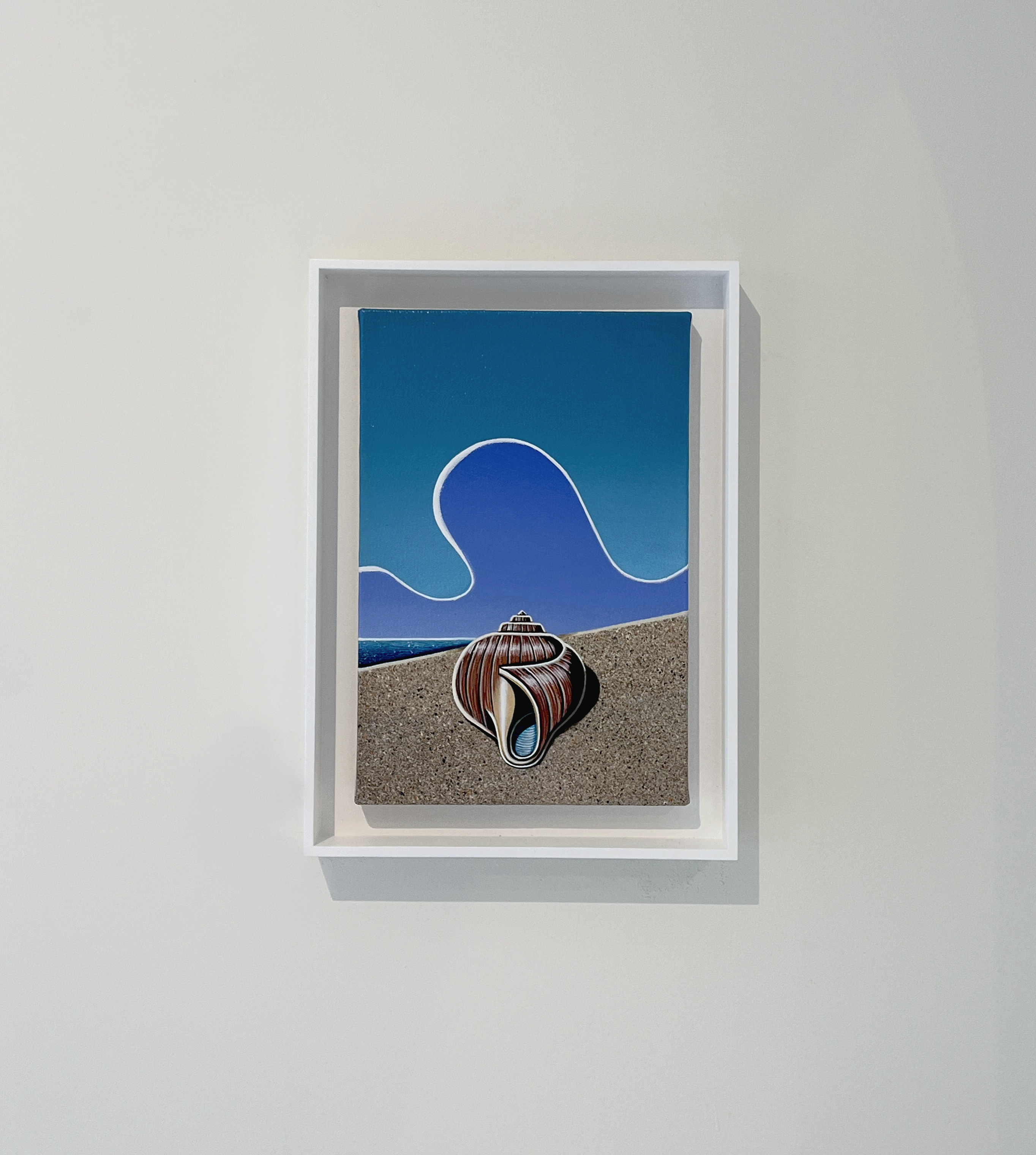 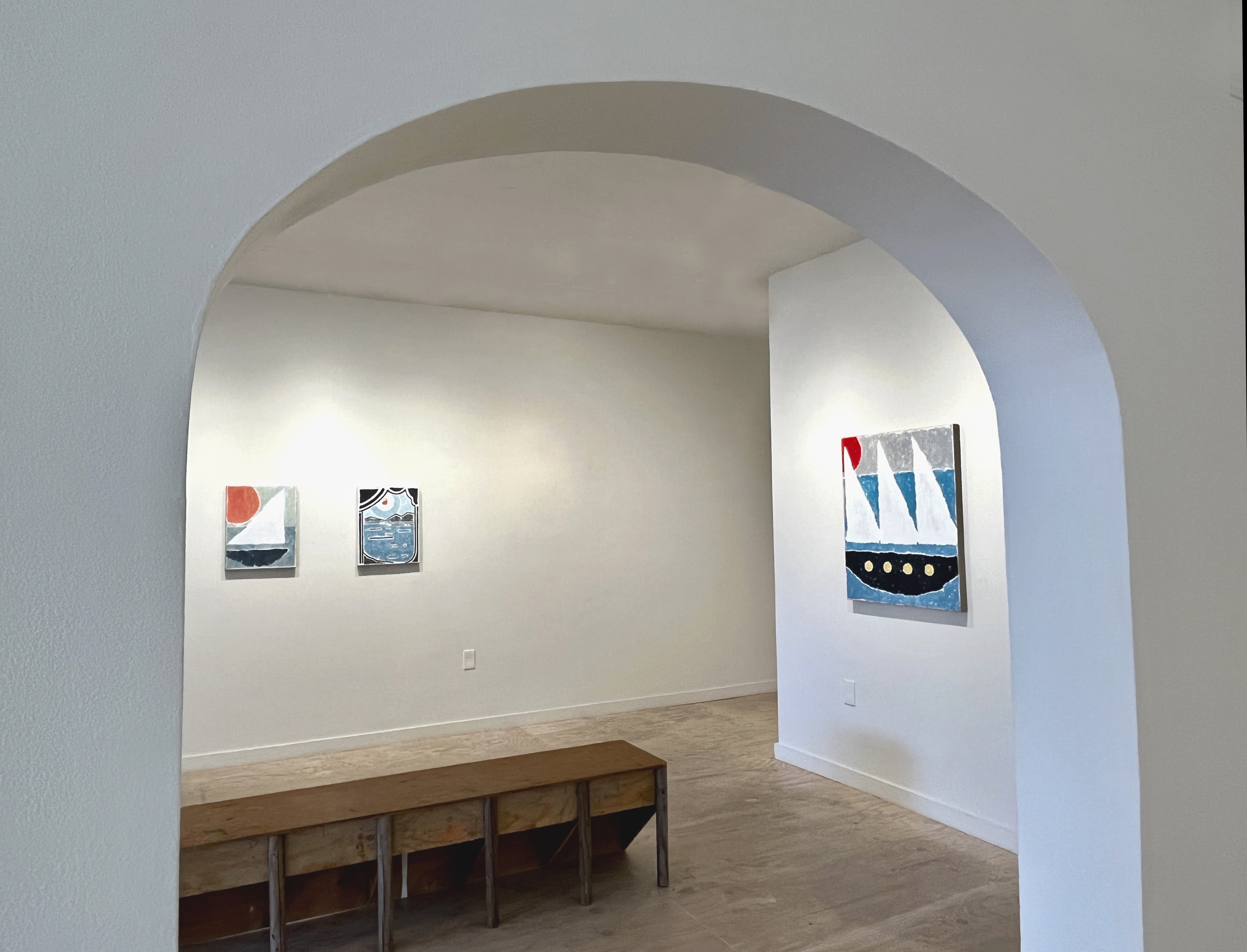 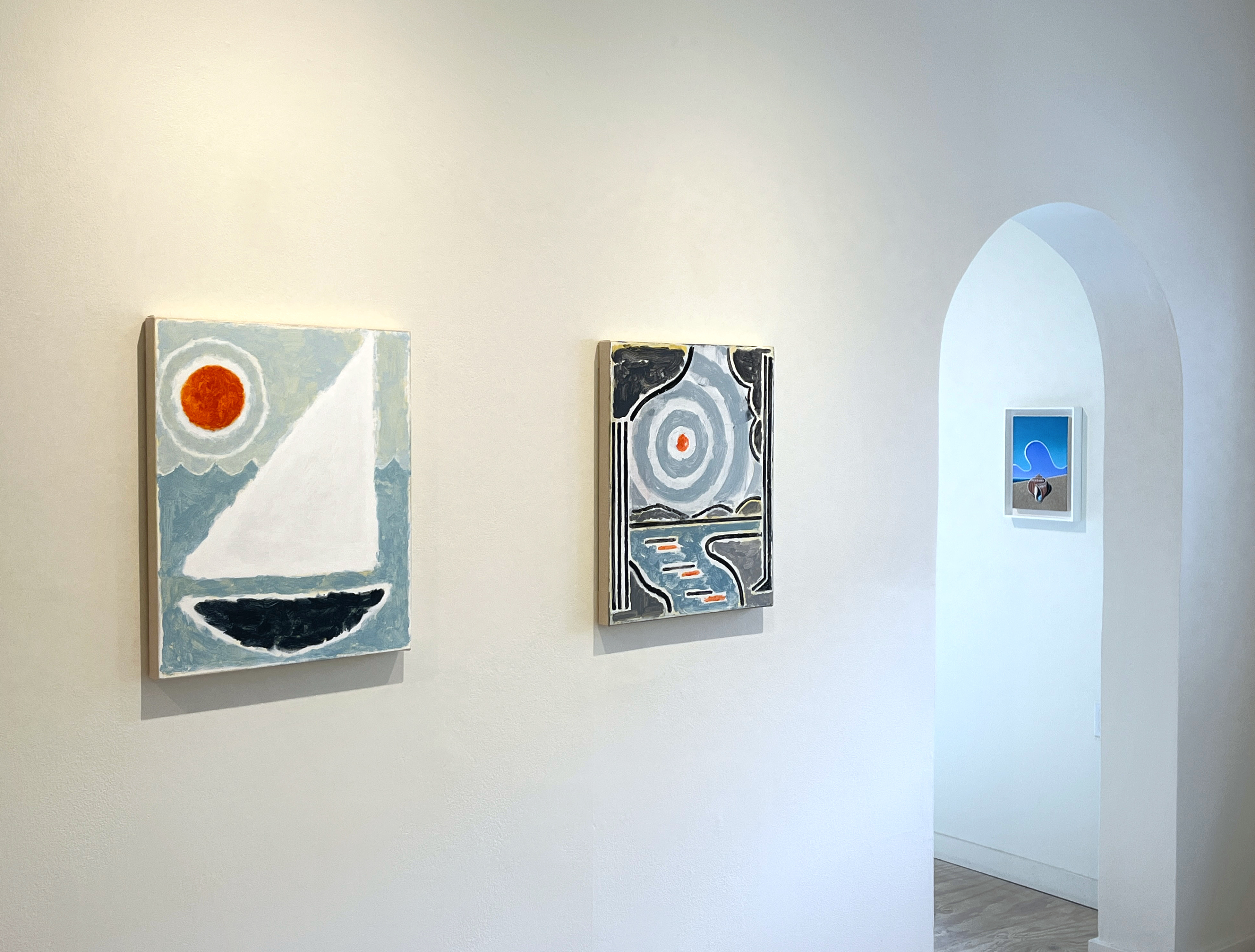 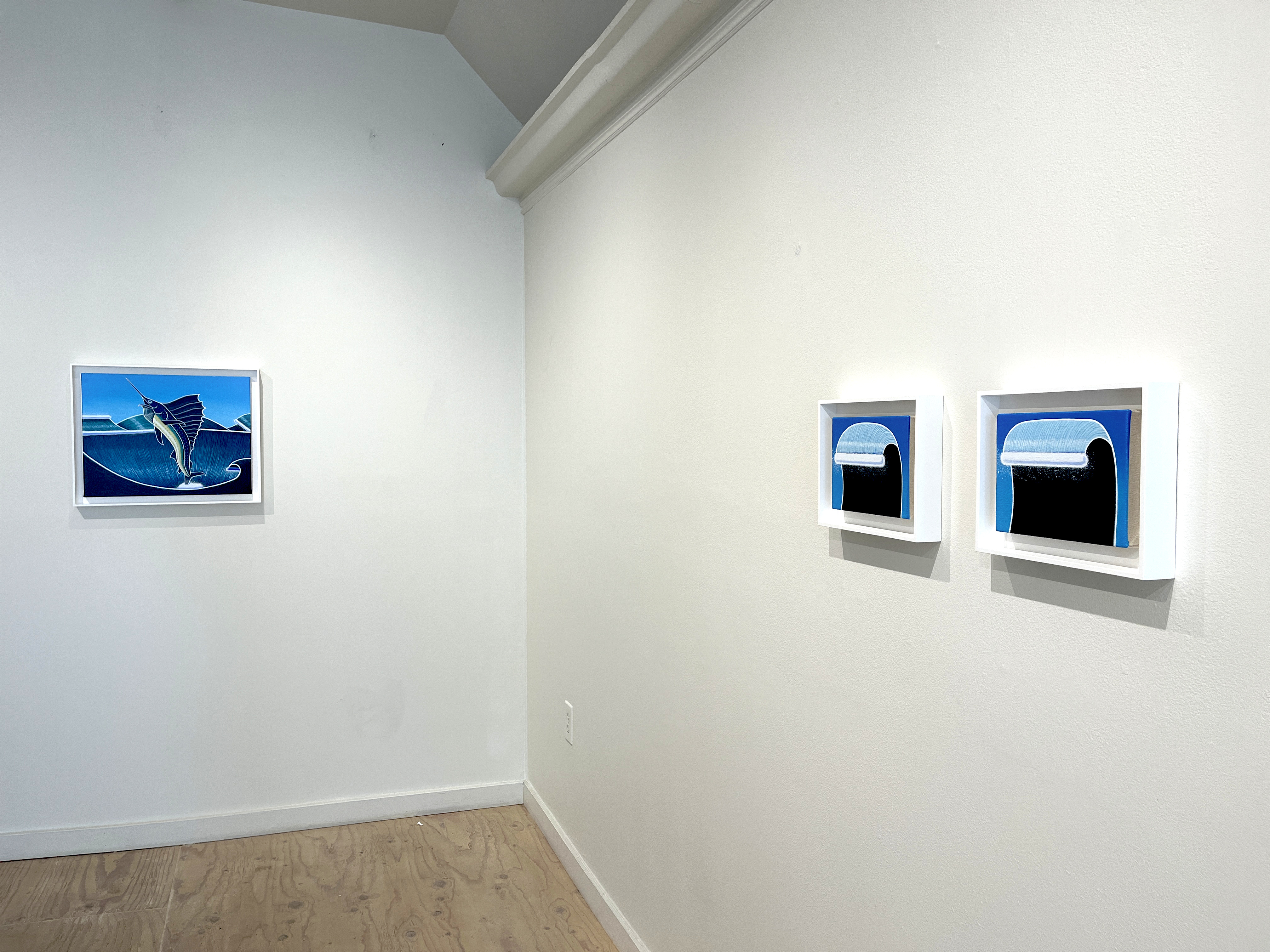 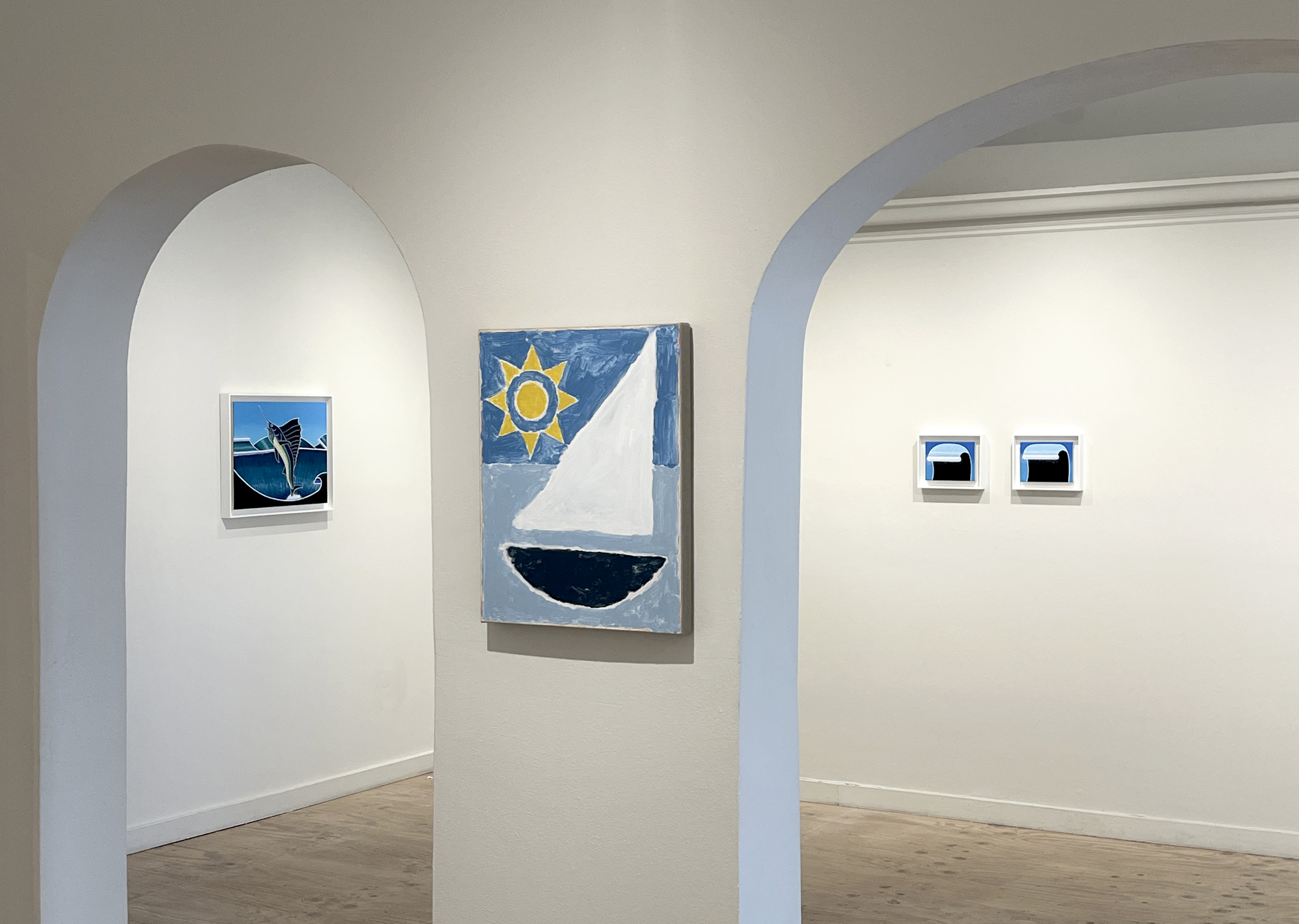