Andy Vogt’s work straddles the line between sculpture and drawing, or put another way; between the physical and the imagined.  He often uses repetition of physical materials and variation of the material’s color to depict shapes that capitalize on our reflex to see dimension where none, or very little, exists in reality. His works utilizes thin strips of wood salvaged from the destruction of lath and plaster walls during the renovation of older buildings.  The forms are inspired by the moment of upheaval that architectural demolition brings. When the wrecking ball takes down a vintage building, the materials are thrown into chaos, lightened through the entropic release of force. For Vogt, they change states and become a drawing medium where new forms emerge from the dusty rubble.

Andy Vogt (b. 1970) grew up in the suburbs of Washington DC and attended Carnegie Mellon University where he earned a BFA in Intermedia, a program focused on time based media, performance and installation. He lived in Pittsburgh PA until 2000. His current work using reclaimed wood from demolished buildings, started around 2004, a few years after moving to San Francisco. Since then, his work has been exhibited nationally and locally including solo shows at Eli Ridgway Gallery, Eleanor Harwood Gallery, Southern Exposure, The Museum of Craft and Design and Ampersand International Arts. Group exhibitions include Headlands Center for the Arts, San Francisco State University Art Gallery, Swarm Gallery, Adobe Books Backroom Gallery, and Johansson Projects. He also was an artist in residence at Headlands Center for the Arts. Andy lives and works in San Francisco, California.

Luxe Interiors Magazine, “Raw Material”, January 2018, Tate Gunnerson. Photos by Airyka Rockefeller
“Every artist perceives the world through a unique lens, but it took a change of scenery for Andy Vogt’s creative vision to crystallize. When he left his longtime Pittsburgh home in 2000 and arrived in San Francisco, the city was undergoing a wave of new construction. Large-scale renovations were creating mountains of debris, which were filled with old lath—strips of wood used to hold plaster to the walls. In a bolt of inspiration, Vogt, who received his bachelor’s degree in intermedia from Carnegie Mellon University, pulled out a few pieces and began to experiment. What he came up with resulted in an entirely new direction for his work.” LINK

Marin Magazine, SPACES/portfolio section, “Shadow Play”, January 2017, Zahid Sardar
“The forms modeled in this way with light and dark wood are sculptural to look at but they are essentially flat,” Vogt says. “My work is sculpture as drawing.” Still working two-dimensionally, with mathematical precision, he lays together strips of lath from his curated collection to form two-dimensional cubes, rectangles, scaffolds and cones that have an Escher-esque quality and seem to jump forward off the surface or recede into it, depending on the angle the objects are viewed from.” LINK

SFAQ, “Pattern, Predictability, Repetition“, May 2016, Brian Karl
“The work of Andy Vogt manages best to sidestep and even transcend these more functional and corporate tendencies, with his tracking of variable perceptual phenomenology of light, shadow, and form through his re-purposing of building materials, which impel a particularly human trajectory and affect.” LINK

In The Make, “Andy Vogt, sculptor“, 2013, Klea McKenna and writer Nikki Grattan
“It wasn’t until I discovered this discarded, distressed wood that I began to see physical forms taking shape in the tangled chaos of the dumpster…it was sort of like learning a new language.” LINK

SF Bay Guardian, “This Old House”, 15 February 2012, Matt Sussman
The other focal point was Andy Vogt’s “Drawn Out,” perhaps the most technically involved and architecturally ambitious installation aside from Fraser’s. Vogt cut a diagonal path into the floorboards between the kitchen entrance and what had been a window, excavating it as a single piece. He then decreased the height of the floor joists below the cut and put the floor back in place, creating a ramp to nowhere that draws the eye from the kitchen down to the where the wall had been to a patch of scrubby bamboo that has taken root in the crevice between the house and the neighbors’. LINK

Art21 Blog, “Andy Vogt’s Everyday Science”, 02 November 2011, DeWitt Cheng
“Certain contemporary artists find so much to explore in one material that artist and medium become almost fused in the art-collective consciousness: think of Richard Serra and rolled steel, for example. San Francisco sculptor Andy Vogt has created, over the past decade or so, a series of wall-hung relief works, drawings, sculptures and now installations that exploit wooden lath, those rough-cut redwood strips, a quarter-inch by one and a quarter inches, that were found, coated with plaster, in every house, before the advent of the sheetrock era.” LINK

SFMOMA’s Open Space, “A Requiem, A Dream (Part One)”, 12 August 2009, Eric Heiman
“Hidden in the back of the San Francisco Mission neighborhood mainstay, Adobe Books, is ‘Sustained Decay,’ a collaboration between Andy Vogt and Joshua Churchill. ‘Decay’ revels in its cavernous setting, transforming the bookstore’s long-rotting back office into a glorious mausoleum. Vogt has been working with salvaged wood lath for years now, moving slowly from small to mural-sized trompe l’oeil assemblages. His 2007 piece, Barren Echelon, that was reinstalled this past March at Four Barrel Cafe, is a wonder of scale and meticulous craft that left me hoping that Vogt would continue to work big, both in size and ambition. ‘Decay’ is a realization of my hopes and more.” LINK 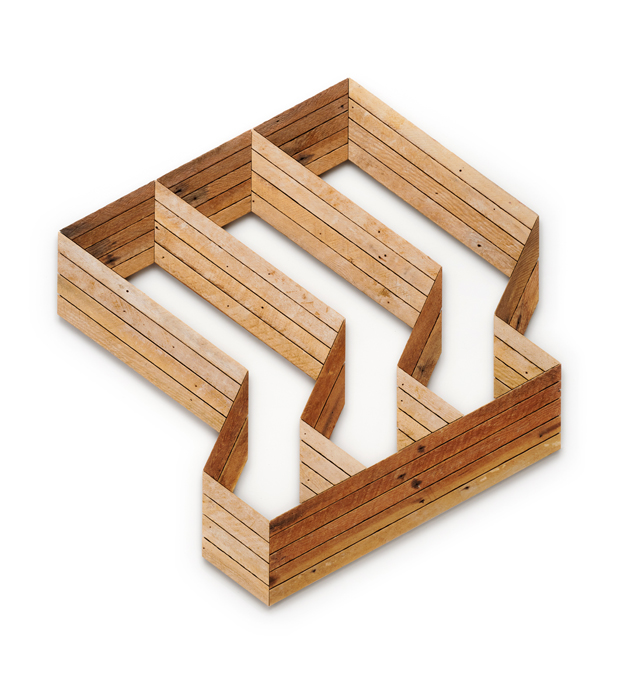 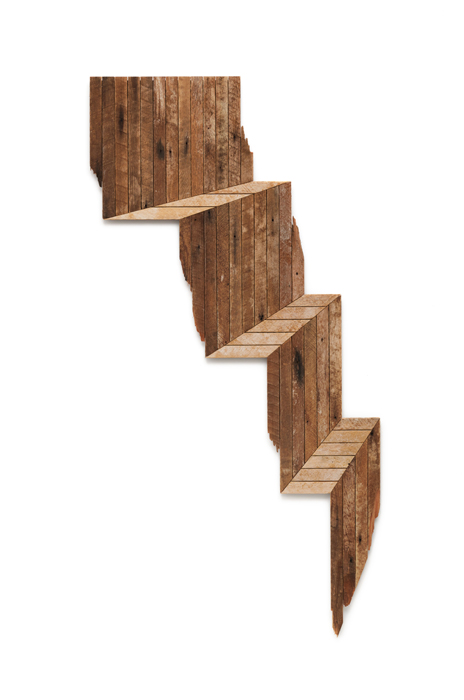 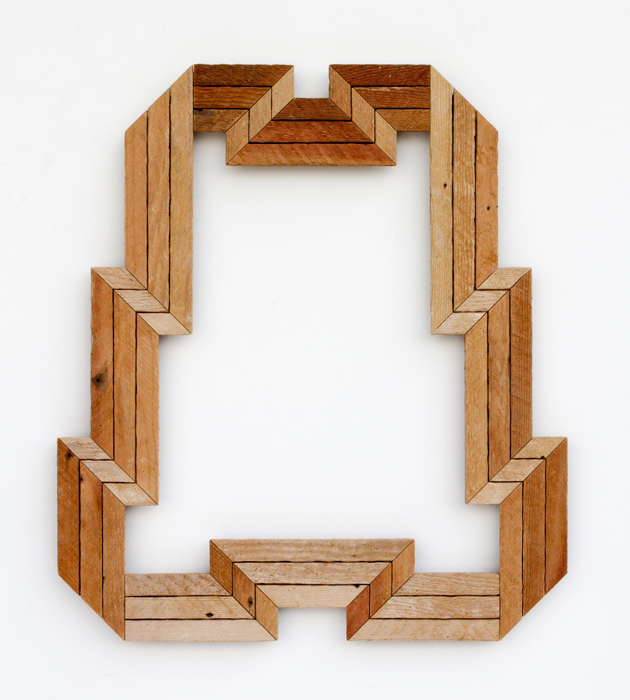 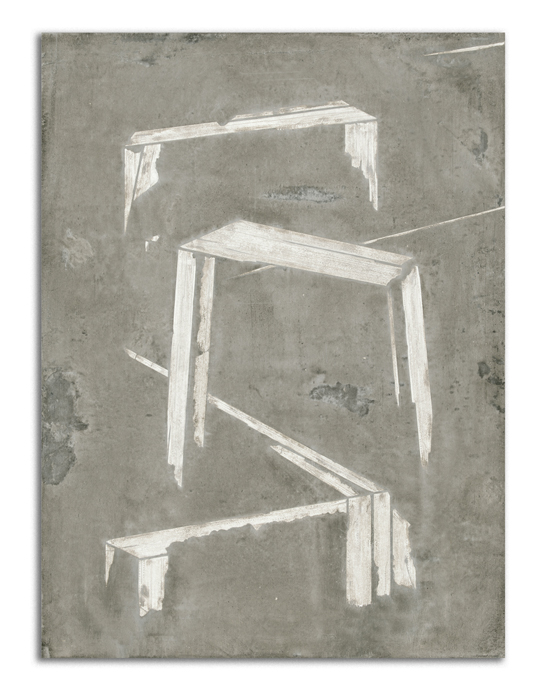 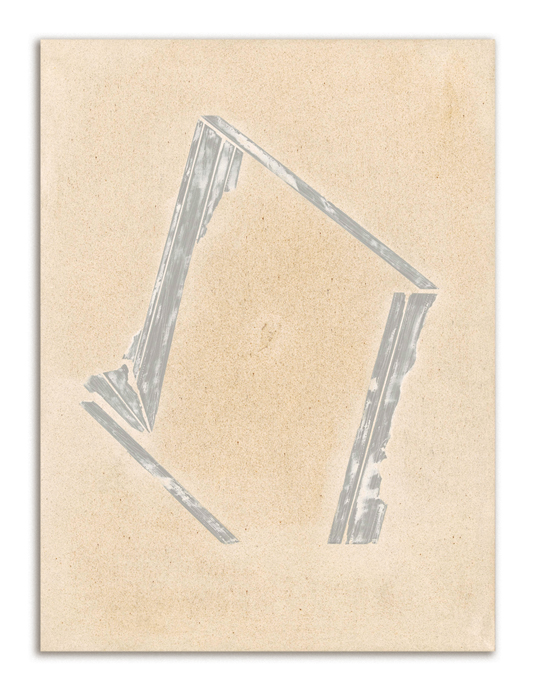 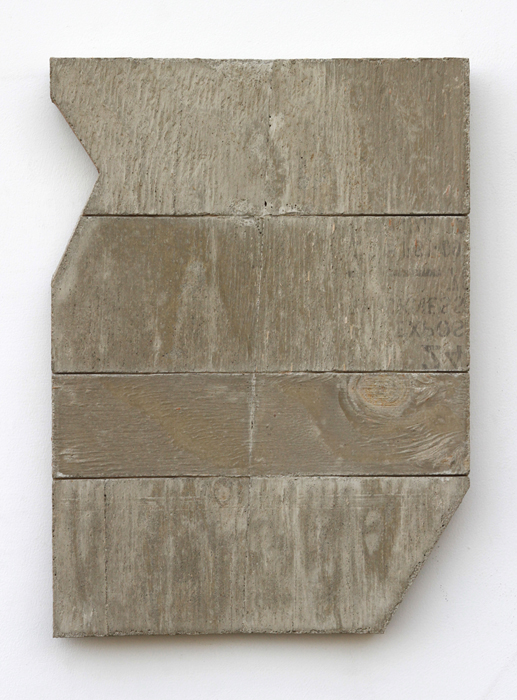 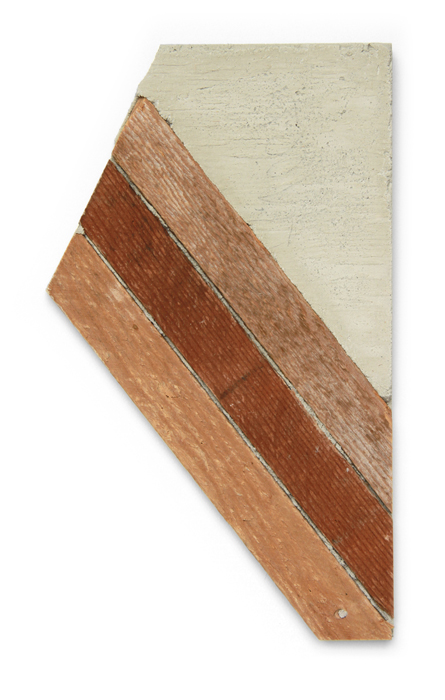 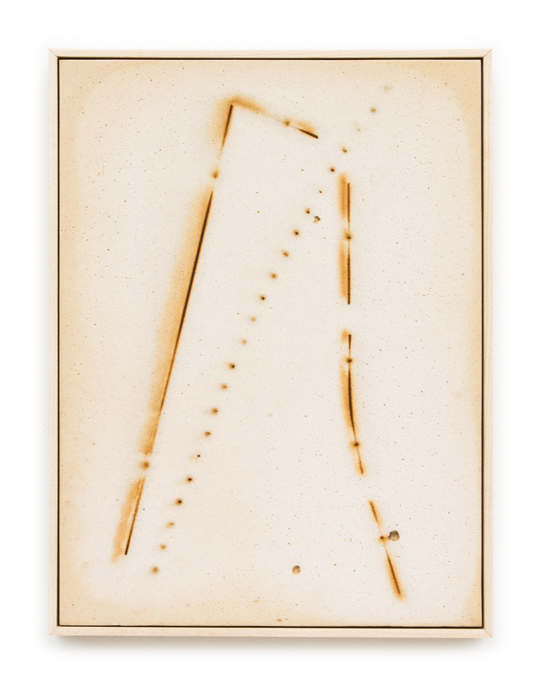 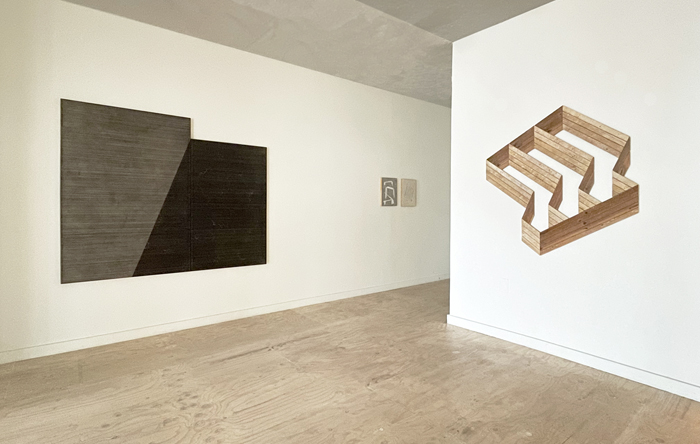