My sculptural practice is about finding different ways of thinking and seeing. My work does not present a singular style or approach, but rather a creative territory. I am guided by my restless creative impulses, so I maintain control over my process by limiting my medium to only steel and color. Whether I am working with geometric and linear abstraction or figurative and text based works, it is important to me that all my sculptures relate with each other on a material level. This allows me to focus attention on the formal concept behind each sculpture, which is what I tend to concern myself with the most.

Alexi Antoniadis (Born in 1974 in Palo Alto, CA) is a contemporary sculptor who lives and works in Natick, Massachusetts. Antoniadis received his BFA in painting from RISD in 1997. Between 1997-2002 Antoniadis lived in San Francisco where he worked as a trompe l’oeil muralist, working on projects in the Bay Area, Napa County and Mexico. In 2003 Antoniadis returned to his childhood home of Boston, MA and through 2006, became a builder, working on many high end residential projects while also maintaining his painting studio practice. It was during this time that he developed an interest in working in three dimensions and made the transition from painting to sculpture. From 2006-2013 Antoniadis founded the art collaborative, Antoniadis and Stone with fellow artist, Nico Stone. Their sculptural installations were exhibited nationally, included in the 2012 DeCordova Biennial and their work is in the permanent collection of the Museum of Fine Arts, Boston. In 2013 Antoniadis resumed a solo studio practice and has gone on to develop the painted steel sculptures that he makes today. Antoniadis’ current practice occupies the space between painting and sculpture, combining graphic abstraction and three dimensional line drawing. His work is included in numerous private and corporate art collections in the US. In the spring of 2018, Antoniadis was commissioned by Fruitlands Museum, Harvard MA, to produce a large outdoor sculpture. Antoniadis continues to exhibit his work and create privately commissioned works. Alexi has exhibited with Johansson Projects since 2021.

Boston Globe, “Making faces out the windows at Brookline Arts center” January 2021 Cate McQuaid
“Antoniadis riffs on modernism as he did with Stone, but this smaller-scale work feels sweeter, less burdened with conceptual content. Even the anguished faces have a radiant delicacy. Parse them all you want, but these works are best simply imbibed.”  LINK

Big Red and Shiny, “Eden 2.0: Alexi Antoniadis at Fruitlands Museum” September 2018 Cathleen Daley
“Antoniadis’s Eden 2.0 is installed in a grassy meadow laced with clover, buttercups, bluets, wild geranium, creeping vetch, and ever-ubiquitous poison ivy. The polychromatic sculpture of polyurethane paint on steel is both architectural and lyrical, hovering above the field like an untethered candy-colored glyph, the interpretation of which is open to each viewer. A story of transience unfolds in segments bending and broken, evoking memory and the ambitious but short-lived efforts of the early transcendentalists.” LINK

Big Red and Shiny, “Not a Boxing Match: A Conversation with Alexi Antoniadis” January 2017 Shana Dumot Gar
“A collection of small, bright sculptures by Alexi Antoniadis are visible through the back windows of Carroll & Sons on Harrison Avenue in Boston. Seeming weightless from their perches on subtle shelving, with vibrant colors and taut shapes, they possess somehow both vintage and futuristic qualities.” LINK

Turn Gallery NYC, “Dialogue Three: Paul Inglis and Alexi Antoniadis”
“(Paul) What are your interests in life and how do they translate into your art? What pulled you in the direction of working with metal? // (Alexi) I draw inspiration from two things mostly. The concept of painting both historical and contemporary as well as my deep curiosity with the built environment. After starting out as a painter and through the years working as a builder, I became interested in physical objects that exist within my environment. I am equally inspired by how a handrail is fabricated and fastened to a building as I am by the construction and composition of a painting. My art is the combination of both. Within this context I explore color, positive and negative space, light and shadow. Every sculpture is riffing off the idea of flatness or the picture plane in some way. I have been using steel over the last few years because it can behave in so many different ways. I like to create the illusion of lightness and delicacy using a material that is generally associated with bulky forms and macho sculpture.” LINK

BU Today, “Seeing Double: Poetic Sculpture with Human Narratives”
“Antoniadis and Stone use a muted palette of grays, black, and brown in creating their sculptures. In some of the pieces on display, they take lighters to man-sized pieces of glass to create pixilated abstract objects punctuated by black burn marks. In another piece, a tree limb is balanced in drainage-like holes embedded in a column of plaster. The two artists frequently play with the height and suspension of objects—including a T-shirt seemingly hovering in air, delicately linked to a two-pronged industrial sculpture, called Wet Nurse.” LINK

The Boston Phoenix, “Bleak Houses, Cute Creatures” 2010 Greg Cook
“Boston duo Alexi Antoniadis and Nico Stone present the ruins of crappy, strip mall America: a broken lamppost folded around a bottle, a row of institutional doors turned on its side, a broken leg from a park bench. The installation is too nice or baggy or something, sapping some of the work’s end-of-the-world jolt. But notice that the pieces are actually particleboard and plasticscast, carved, and painted to astonishingly mimic metal and concrete. And spot the penny standing on end at the bottom of a broken abstract sculpture: a tiny, melancholy, urban miracle.” LINK 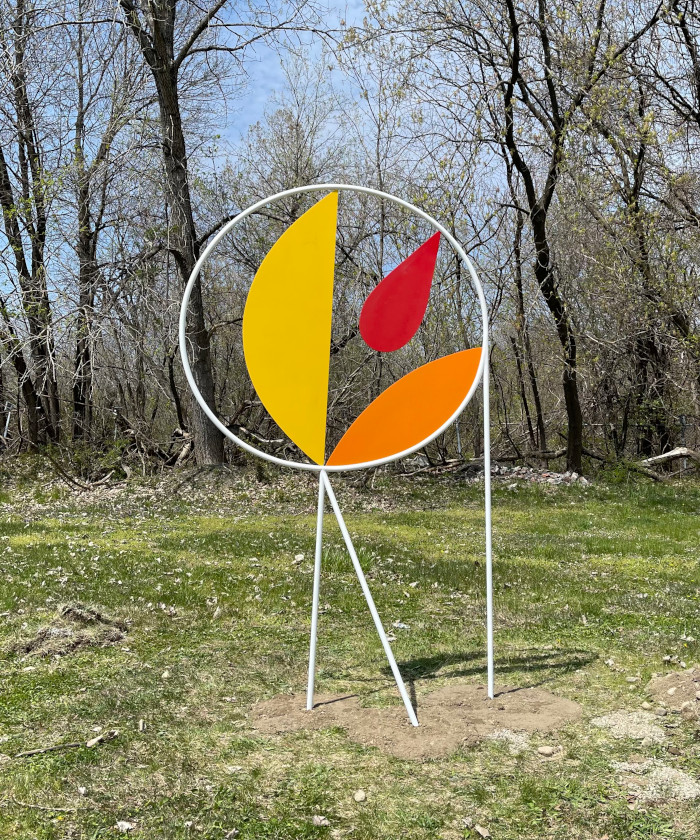 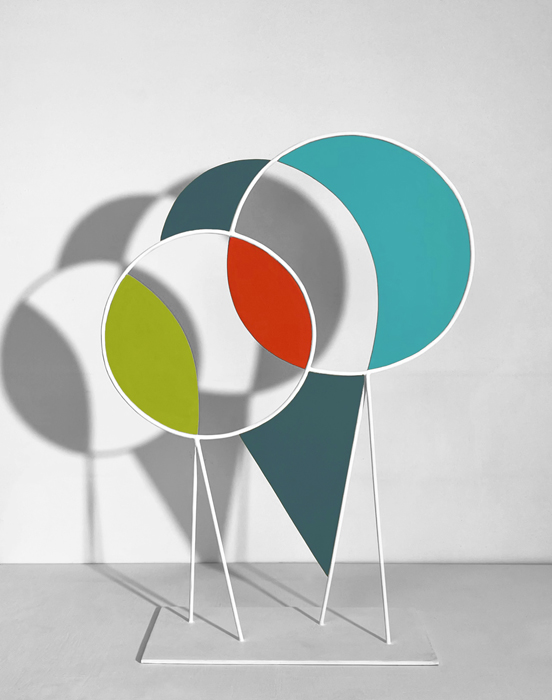 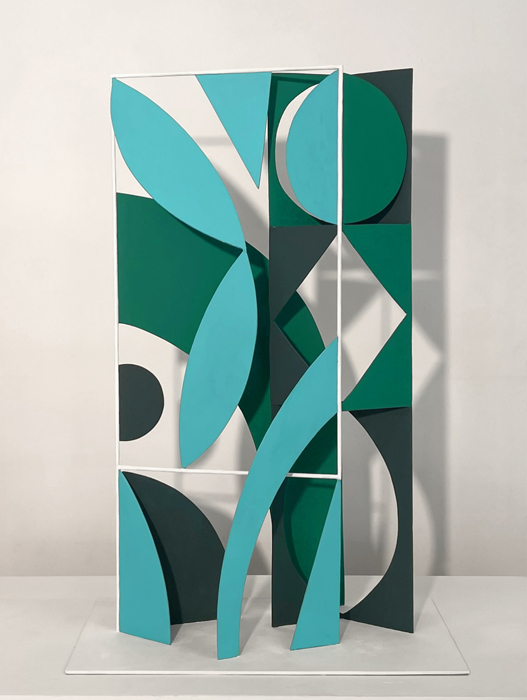 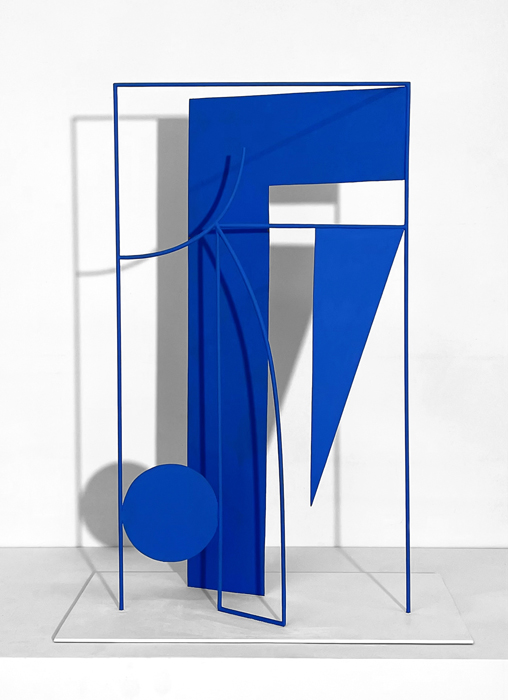 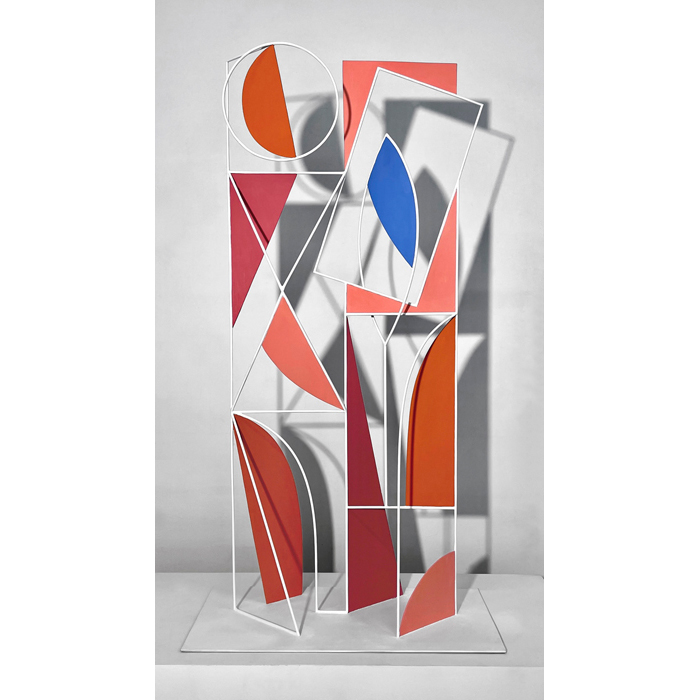 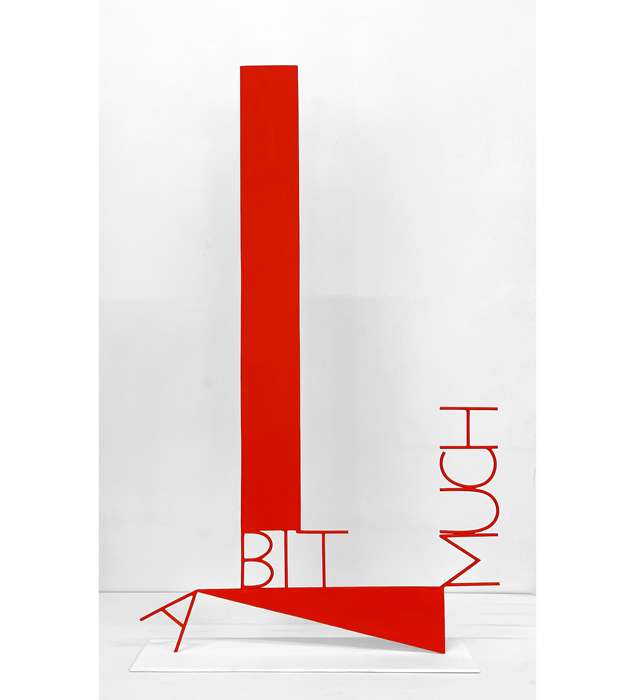 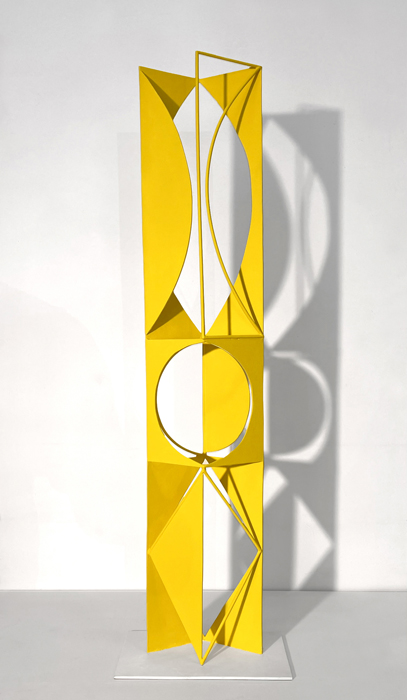 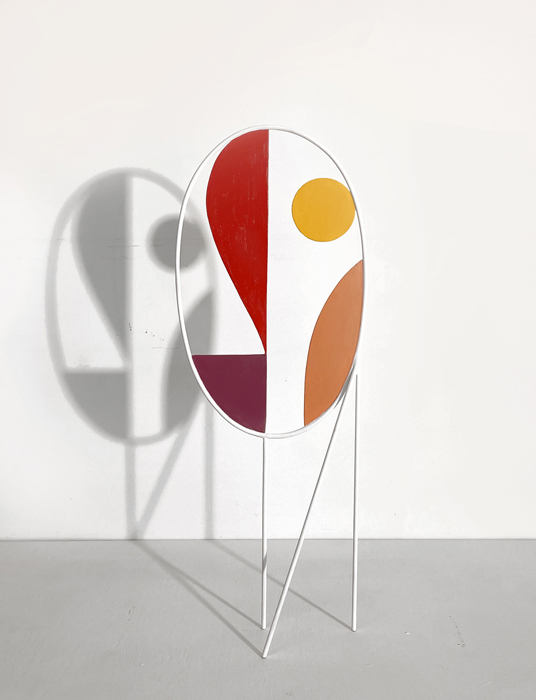 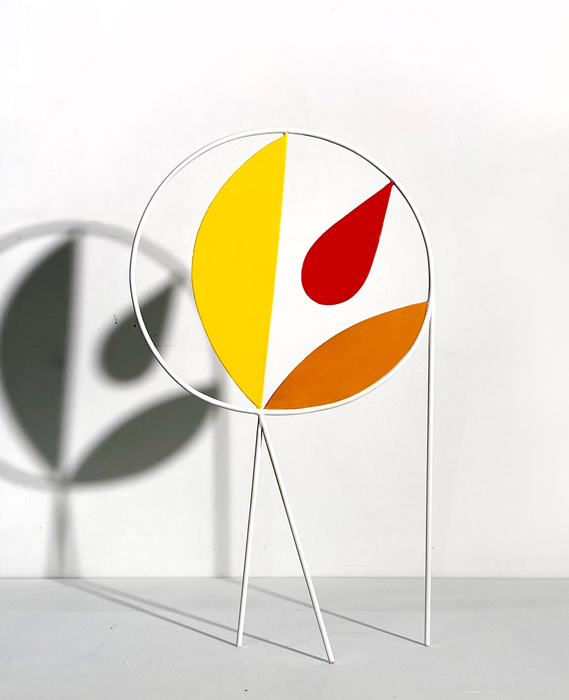 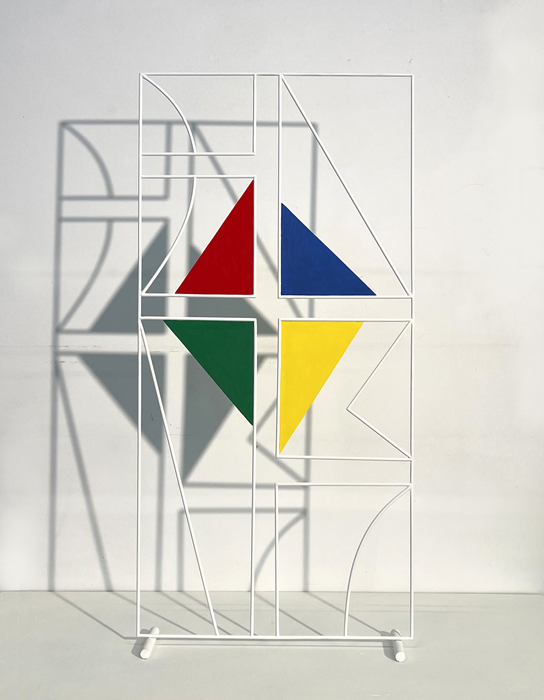 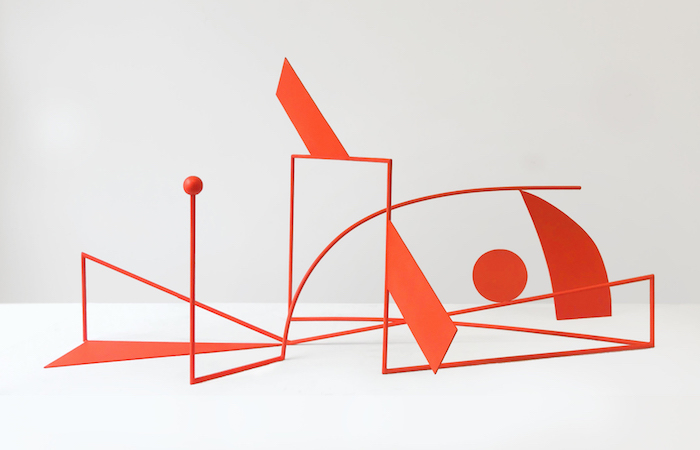 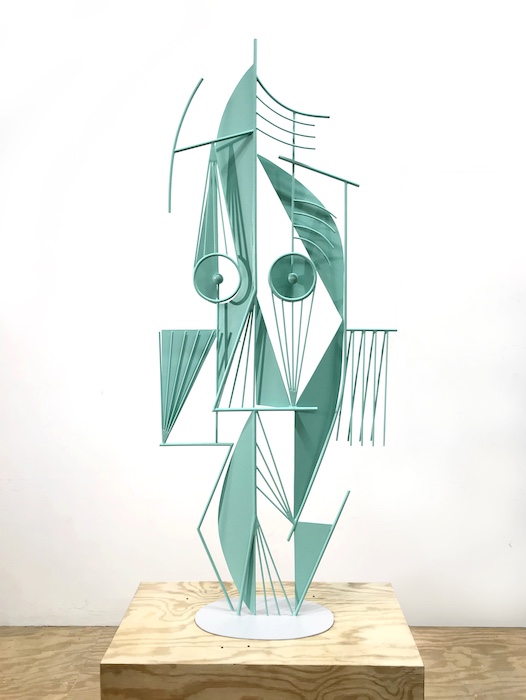 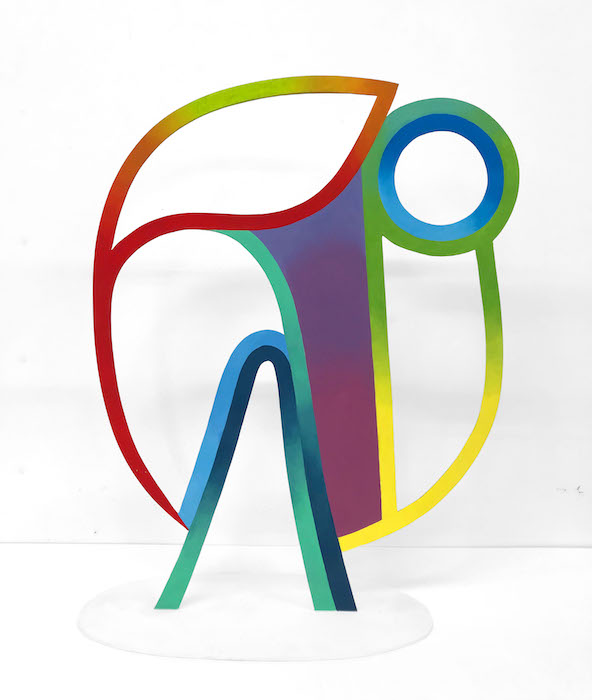 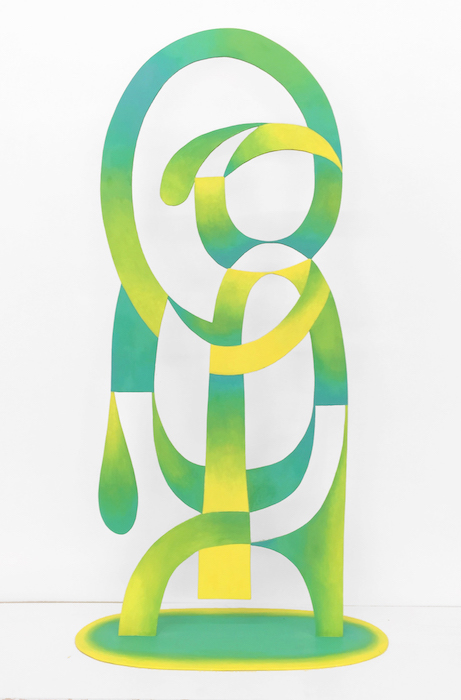 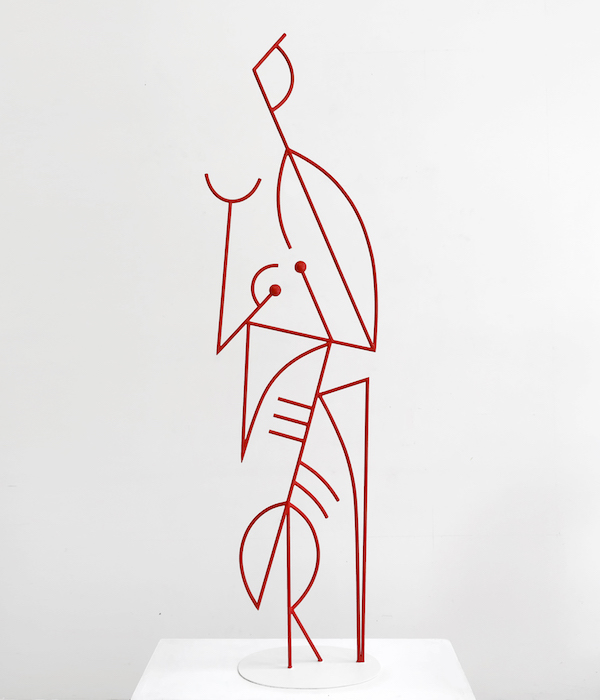 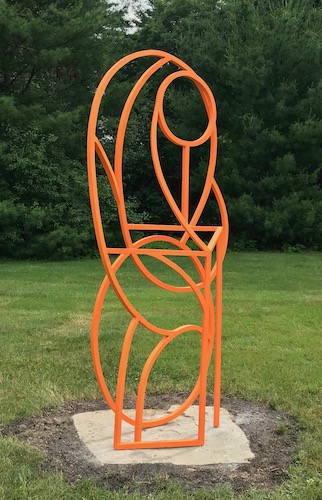 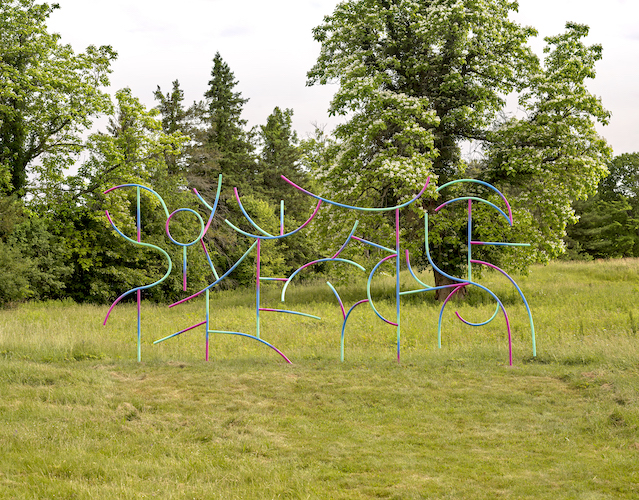 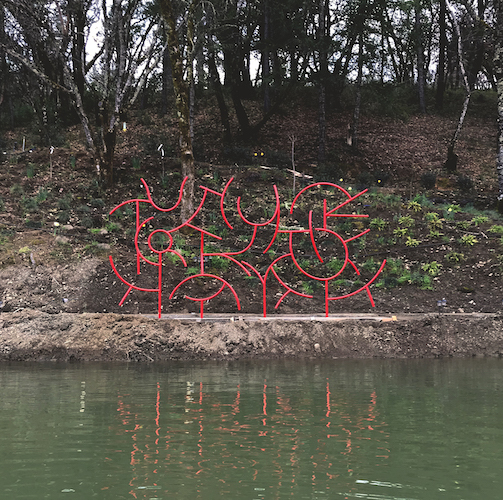 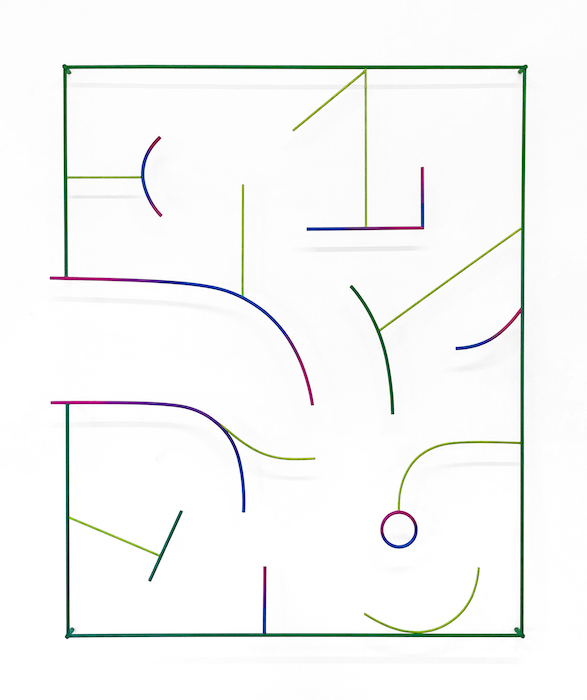 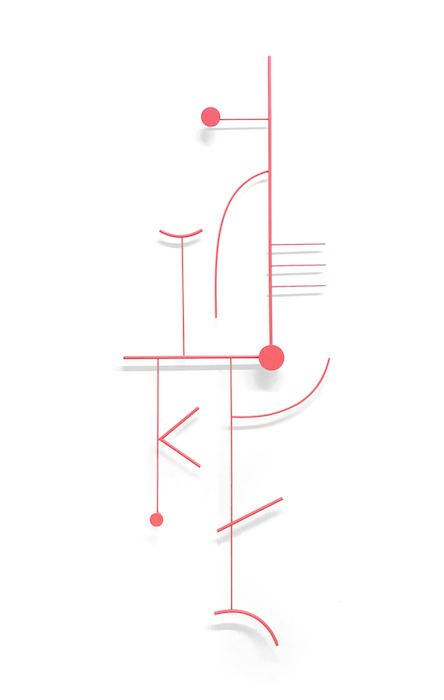 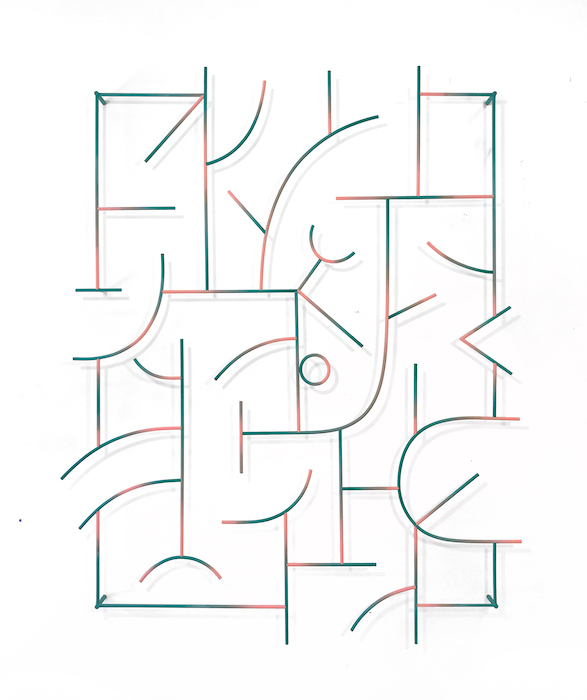 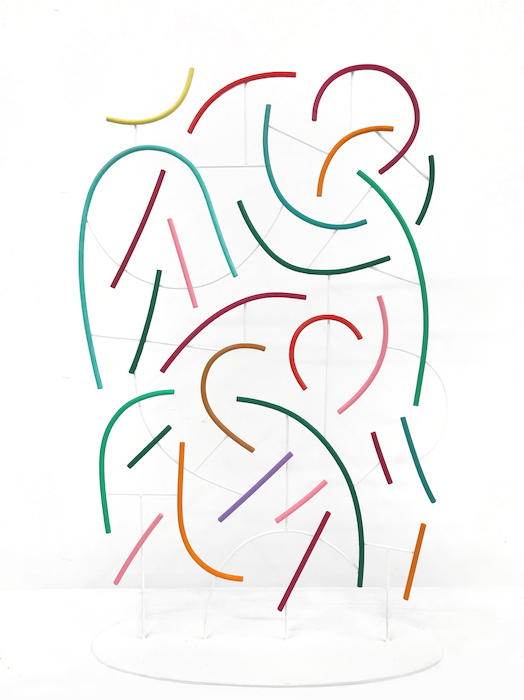 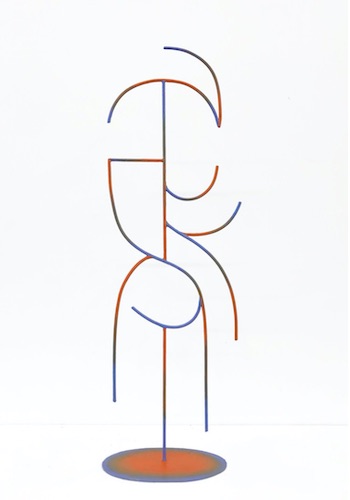 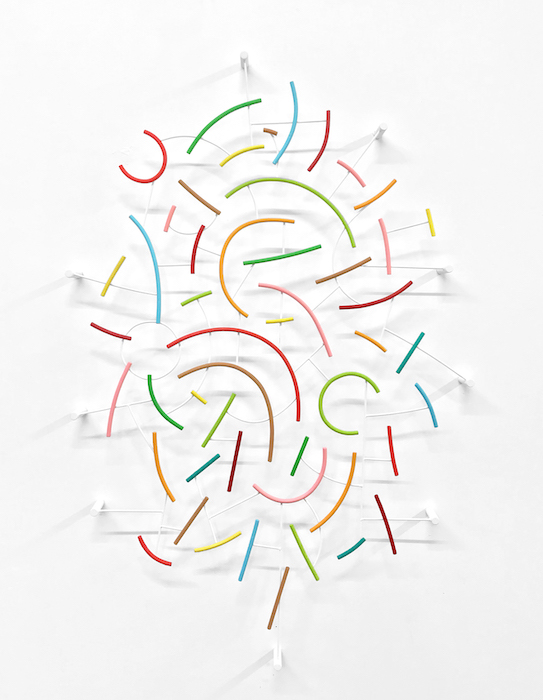 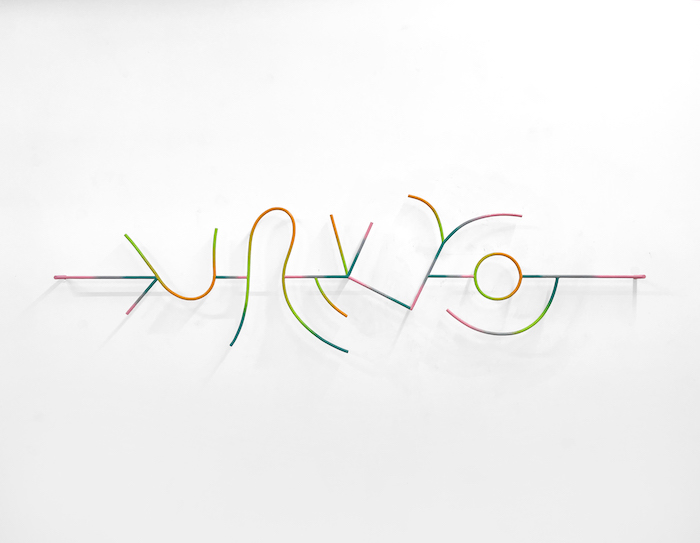 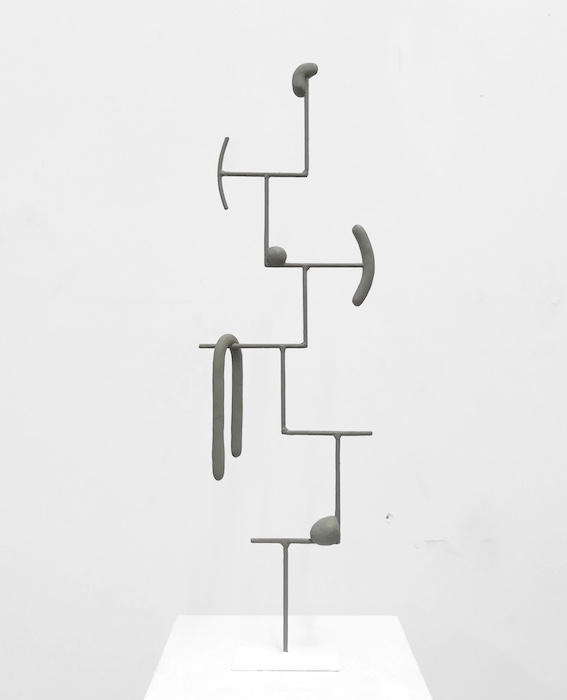 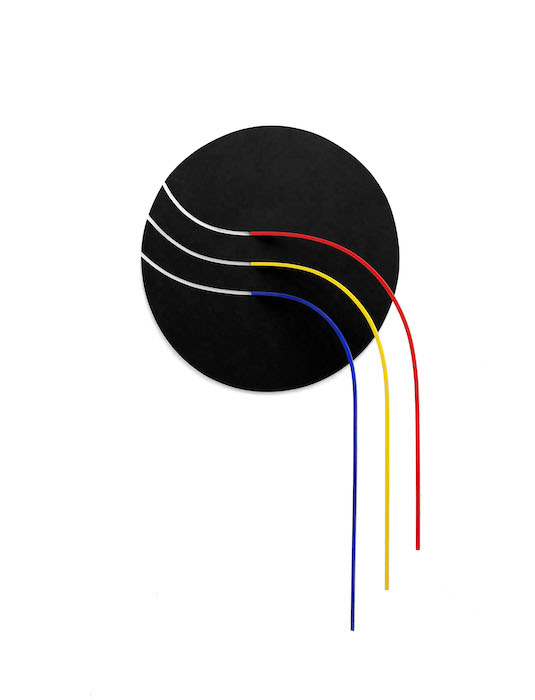 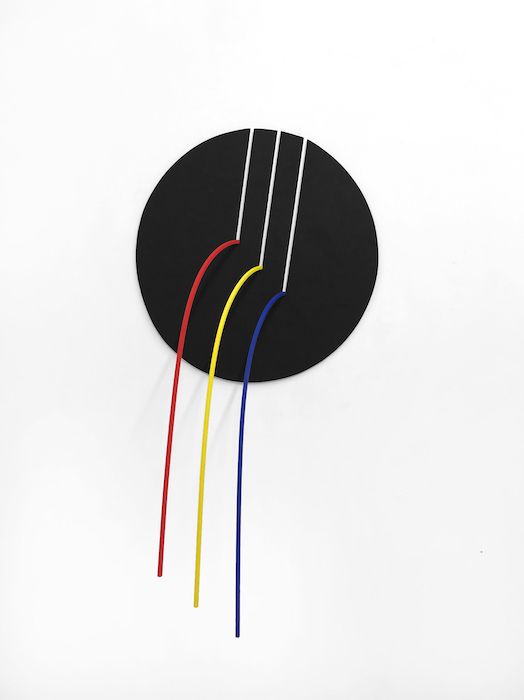 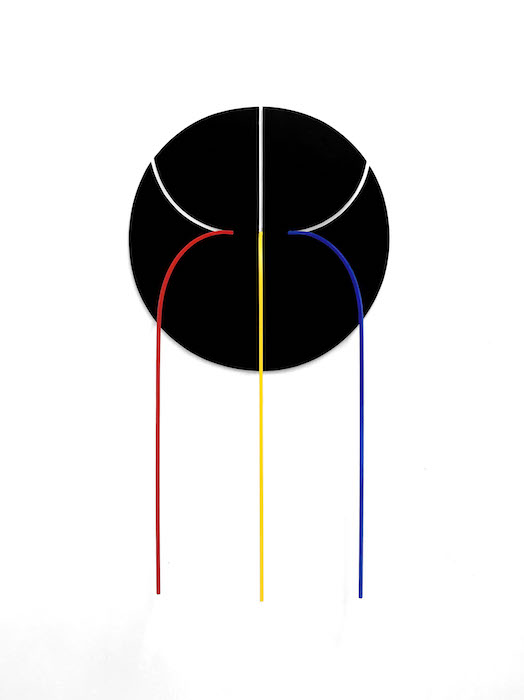