Alexander Kori Girard fits comfortably in the Bay Area Figurative tradition, specifically in the Funk Art sub-genre epitomized by Roy De Forest’s untamed, visionary landscapes and mythologies. He is kin to a generation of artists that came of age in the San Francisco Bay Area during the late-1980s and early ‘90s. This group of outsiders and the communal spirit they represented is commonly referred to as The Mission School. Chris Johanson, Margaret Kilgallen, Ruby Neri, Alicia McCarthy, and Barry McGee, among others too numerous to name, brought the street-wise aesthetics of the city—its denizens and misfits—into the fine arts scene. While many attended art school, these artists, like Girard, drew inspiration from peers as much as anything else and were so close knit in their rejection of the mainstream as to be almost tribal.

Girard’s paintings include washes and gestural flourishes that add shine to an already lush cast of characters and motifs. The hard edges soften to encourage viewers’ eyes to wander in the picture and their minds to engage the work’s narrative depths. Girard also considered in a recent conversation that the pandemic year may have had an impact on his practice. So much of the year was an unflinching meditation on living day by day in a state of not knowing. Perhaps that experience allowed the work to let boundaries dissolve and control give way to connection.

The artist’s marks rarely extend beyond a comfortable scale for writing or doodling. They operate like hieroglyphics, in the space where language, symbol, and visual sensations carry the story. For the artist, it is important that the viewer get a sense of the story but not crucial that everything is understood. He leaves more for discovery and room for imagination. The narrative is a means to make the work. Girard chases stories and follows intuition in a building block fashion, stacking one image upon the next until the surface is full and resonant.

Girard’s larger paintings on canvas have a divergent presence from his small paintings on panel and paper. They are uncharacteristically large, devoid of figures, and more formal. This new direction has a fascinating effect of creating sculptural conditions where the room and viewers are implicated in the work. In some ways, the large paintings represent the granular version of his smaller work; It is as if we, in Alice-In-Wonderland fashion, just walked through the looking glass and entered the artist’s universe.

Alexander Kori Girard (b.1979, Santa Fe, New Mexico) comes from a line of creatives. His grandfather, Alexander Girard, was an iconic designer who gave Kori a sense of elevated aesthetics and a deep visual memory for folk art methods and traditions. His father was a talented builder who lived in the genius of the everyday. Girard graduated from the School of Visual Arts in New York City with degrees in both graphic design and illustration in 2001. Since then he has been both maintaining his own artistic and design practices, as well as working closely with his family to protect and promote the legacy of his grandfather. He is in the Berkeley Art Museum’s private collection and has shown with Jack Hanley Gallery and Curator’s Cube in Tokyo. He currently lives and works in Berkeley, California. He has been exhibiting with Johansson Projects since 2016.

48Hills | “Hallucinogenic tableaux vivants, from a North Berkeley backyard” | Mary Corbin | Dec 7, 2021
“Girard described his work as multicultural, curious, and enigmatic. He is specifically interested in how psilocybin, ayahuasca, and other forms of plant medicine can inform the creative process over time. His colorful, organic shapes and markings on canvas reflect a kind of tableau vivant indicative of this observational exploration.” Link

BOOOOOOOM | Artist Spotlight: A. Kori Girard | October 11, 2021
“Coming from a multigenerational lineage of artists and craftspeople, Berkeley, California-based artist A. Kori Girard was encouraged to pursue any hands-on creative practice he was interested in from an early age. ‘Art was synonymous with living and I became comfortable working across mediums, including drawing, painting, collage, wood and ceramic to name a few,’ he explains. In his recent work, he uses watered down acrylics on paper panels and canvas to mimic the freedom and various opacities of watercolor.” Link

SF Chronicle – Datebook |“Kaye and Girard recall a brighter moment at Johansson Projects” | Charles Desmarais | December 3, 2018
“‘Loop Melody’, the exhibition on view at Oakland’s Johansson Projects through Jan. 4, is an amusing throwback to a brighter moment in art and design. It was the time between Europe’s invention of abstraction as a sophisticated art vocabulary and North America’s discovery of a world of exotic color and whimsy at its southern doorstep.” Link

East Bay Monthly |“Modernism That Pushes the Limit” | Dewitt Cheng | December 2018
“It’s a relief, then, to encounter old-school media artworks that hark back to the glory days of modernism, a century ago, while still pushing the envelope into the twenty-first century. Loop Melody, a two-person show of fresh abstractions by Alexander Kori Girard and Rachel Kaye, lives up to its eccentric and fanciful title – melody loops, played backwards? – with jazzy shapes and lyrical palettes that suggest, respectively, the energetic pop cubism of Stuart Davis and the witty dream worlds of Paul Klee. The modernist Old Masters are given a contemporary twist.” Link

In The Make | “Alexander Kori Girard” | August 2013
“…Kori’s vivid work does indeed look like it was born out of dreams; the geometric compositions are rich in color and cryptic, and evoke a sense of the mystical… as if they might represent lived realities that we have no words for…” Link

New American Paintings | “Alexander Kori Girard at Triple Base” | March 10, 2011
“…Some works are reminiscent of M.C. Escher’s graphic, mathematical drawings, and many others conjure the pictograms of pre-Columbian codices with their flattened depictions of figures and mirror-image symmetry. The idea of something that is simultaneously complex and rudimentary is perhaps what makes the pieces so memorable.”  Link 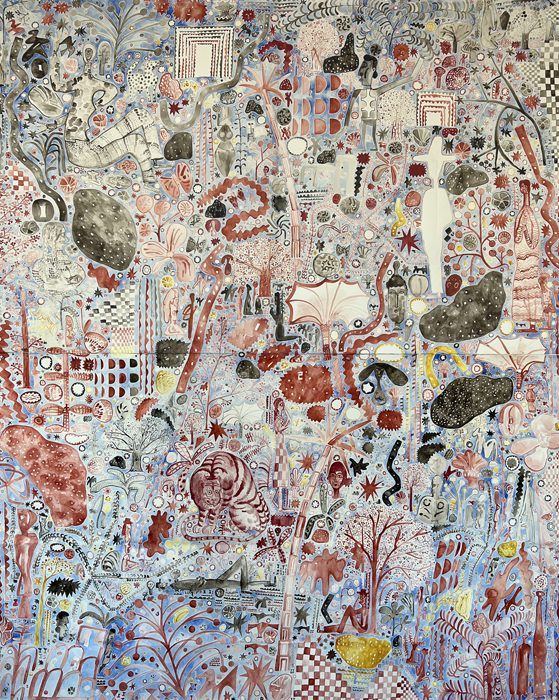 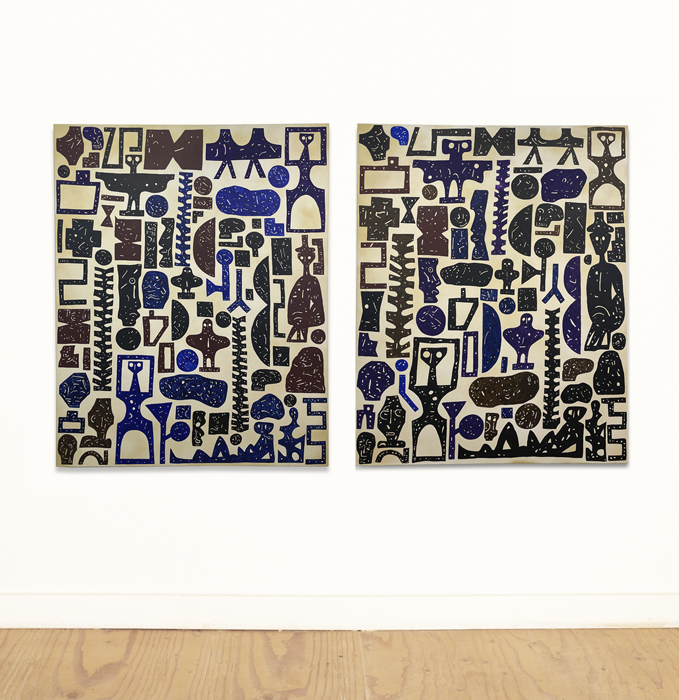 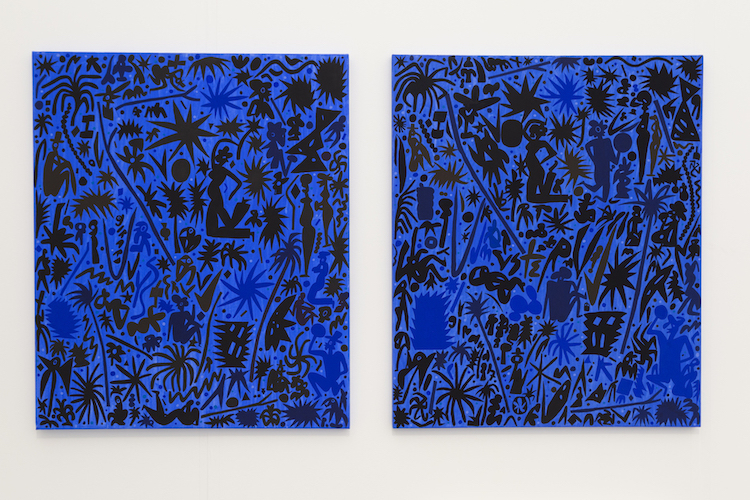 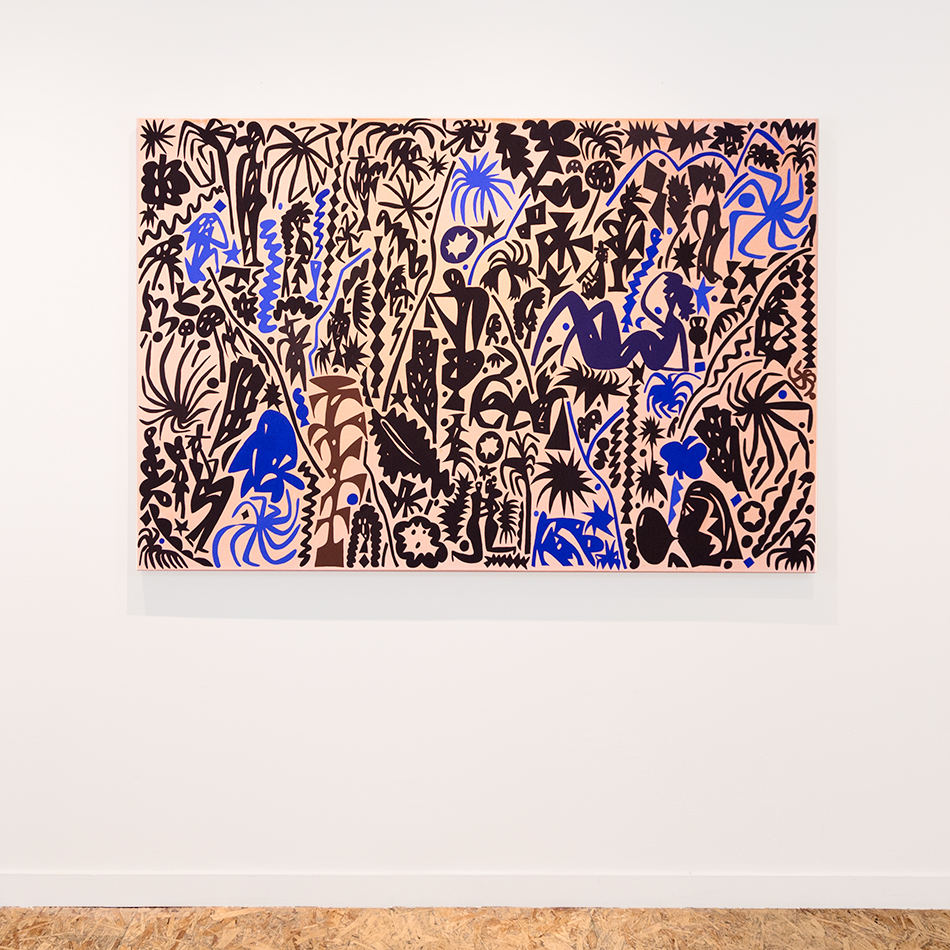 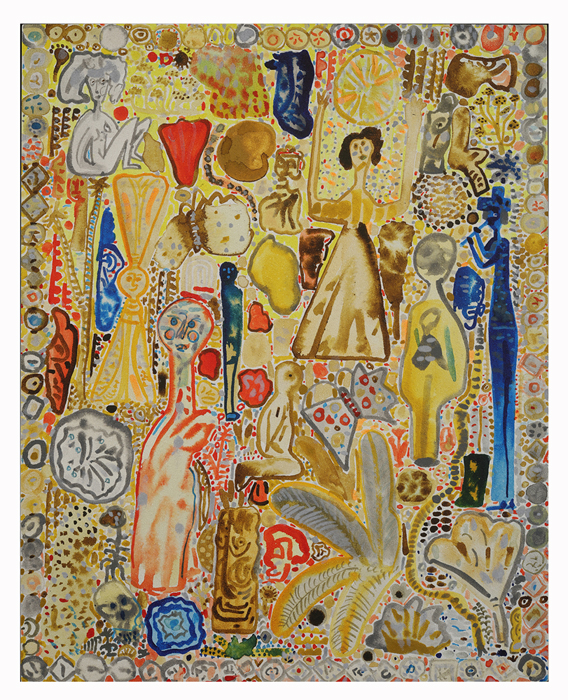 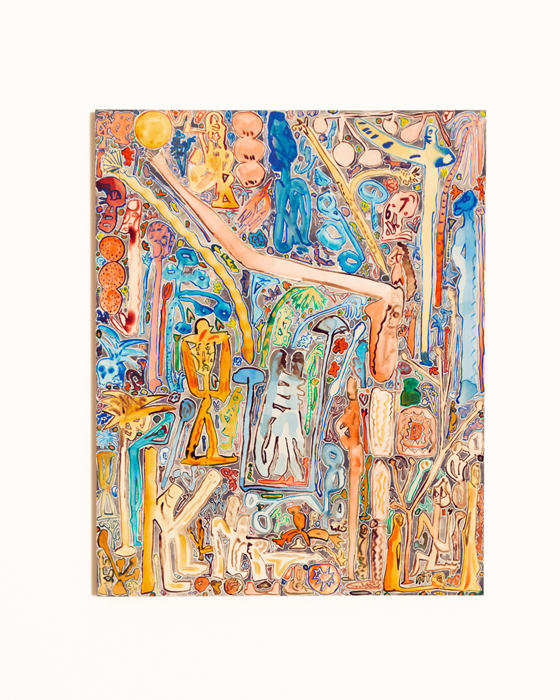 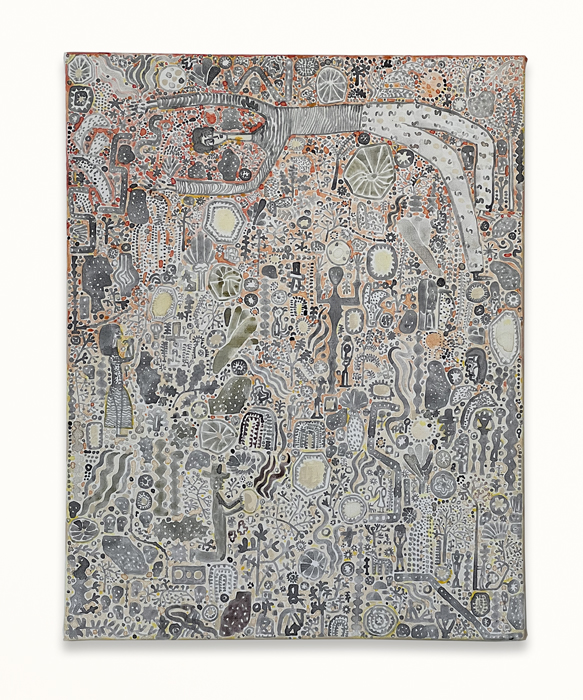 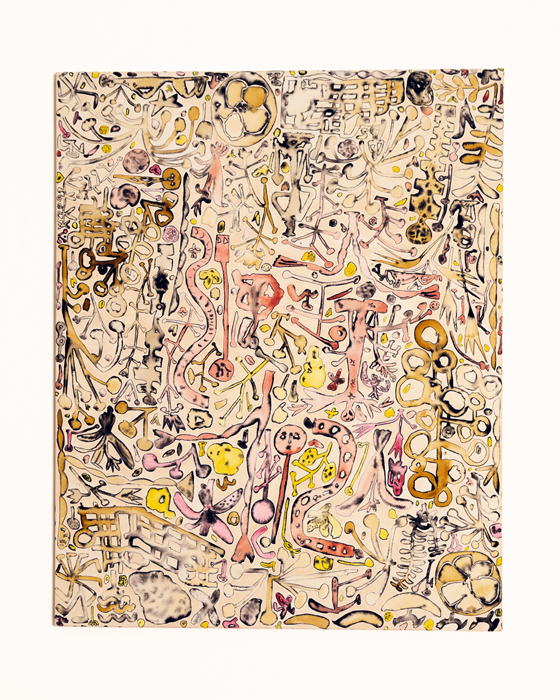